23-year-old brave young soul came home wrapped in the tri-color after losing life to a blast in the borders.

Not even one year of commissioning, this brave 23-year-old Army lieutenant offered his life to the country. The nation salutes him!!
By: swetha_vangaveti
Published: 1 Years Ago
Last Modified: 1 Years Ago
Read time: 4 min read
Views  26

Our two young warriors Lt Rishi Kumar and Sepoy Manjit Singh have lost their lives. Lt Rishi Kumar is a resident of Begusarai, Bihar. He was commissioned in Dec 2020. Sepoy Manjit, a resident of Punjab’s Sirvewala, Bathinda.
“During an area domination patrol in the Naushera sector in Rajouri, a mine blast occurred. Two soldiers suffered critical injuries and later succumbed to their injuries,” a Jammu-based Army spokesman said.

The nation forever remain indebted to the bravehearts for their supreme sacrifice.

An army column was on patrol duty checking the infiltration of terrorists from across the border. Suddenly, two of them had unfortunately stepped on a landmine and had lost their lives on duty. One of them was the 23-year-old Rishi Kumar and the story of his bravery has been doing rounds on the internet inspiring many youngsters in its way. While most of us, the Indian children, are here, sitting comfortably in the lobbies of the social media houses and debating about the pollution caused by the Diwali crackers, the real sons of India, guarding the nation day and night have been sacrificing their lives without even a second thought. The one who promised his mother that he would return home soon, has gone to sleep in the lap of Mother Nation. 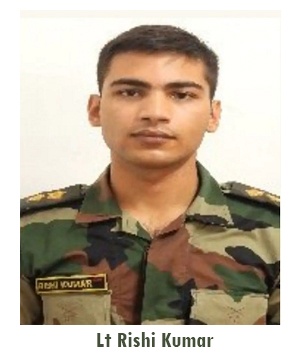 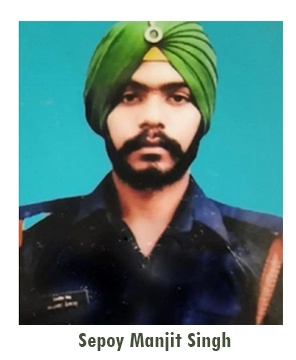 A Brave Man With A Smile On His Lips:

Rishi Kumar, the son of Rajiv Ranjan and Sarita Devi, hails from the Professor Colony in Begusarai district headquarters. His father is a furniture trader and his grandfather was employed at a refinery. Rishi has two sisters and the elder sister is employed with the Indian Army. Rishi Kumar had joined the Indian Army in June, 2020. He has passed out from the Indian Military Academy to commission in December 2020 and was posted to the Kashmir valley two months ago as a part of the 17 Sikh Light Infantry regiment. His neighbour quoted that Rishi Kumar is a brave soul who always wore a royal smile on his face. His passion to serve the nation was never discouraged by his parents and he went ahead with the fire burning him from within.

Well, it was 30th October, 2020. Lieutenant Rishi Kumar was on an area domination patrol in the Naushera Sector of the Rajouri district in Jammu and Kashmir. Along with Sepoy Manjit Singh, he, out if misfortune, stepped on a landmine during the operation. The young officer, who hasn’t even completed one year in his dream job, was killed along with his mate in the blast. As soon as the officers communicated the news of his demise to his family, Rishi’s mother reportedly went unconscious while his father turned blank and speechless. His mother Sarita Devi said that her son spoke to her over the phone on 27th October and said that his leave for Chhath Puja was re-scheduled to November 22nd and has promised that he would be home a week before his sister’s wedding. While the family members were making arrangements for Rishi’s sister’s wedding which was fixed on 29th November, they had to listen to the bitter news of his demise. Sarita Devi said that it was on 27th October that she spoke to her son for the last time after which she could only see him wrapped in the tri-colour. The lieutenant’s family is still to come to terms with the grave loss. 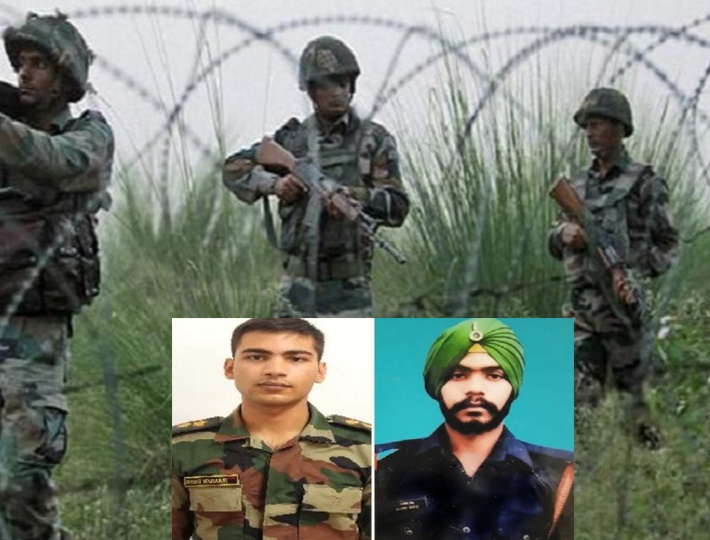 The Brave Son Of The Nation:

The Indian Army stated that the two personnel who lost their lives in the unfortunate incident on duty, were brave and extremely committed to their profession. It said that they had made the supreme sacrifice for the nation in the line of active duty. It further stated that the nation shall forever remain indebted to the brave hearts for their selfless service and sacrifice. Union Minister Giriraj Singh, who also hails from Begusarai, saluted Lt. Rishi Kumar and offered his condolences to the family members. Bihar Chief Minister Nitish Kumar also expressed his grief on the demise of the officer and announced that his last rites will be performed with police honours. When the brave body of Lt. Rishi Kumar reached Patna, policemen and politicians paid their homage.  While the mortal remains of the martyred lieutenant reached Begusarai on 31st October by noon, the Local MP and the union minister Giriraj Singh, leader of opposition in Bihar Assembly Tejashwi Yadav and other leaders paid homage to Rishi Kumar. The funeral was completed on the holy bank of Simaria Ganga bank of Begusarai with full state honours. Indian Army and Begusarai police offered '21 guns' salute after a 20 km final journey from Begusarai to Simaria Ganga Ghat was taken out.

Some stories give the gift of more than inspiration to us. How many times we have seen families, who have lost their dear ones in the borders, have again sent their next generations to serve at the borders! They lament the loss but feel proud for what they lost! That is what is called “The life after death”. 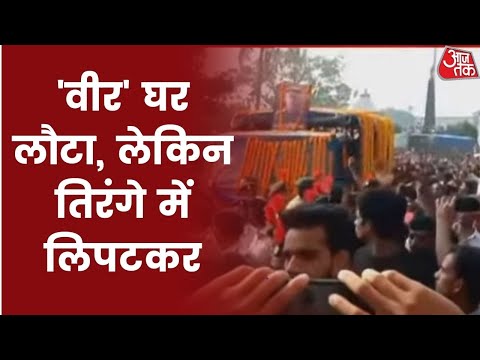