India's first female doctor who is also the first woman to step into the US to pursue western medicine.

When we look at women who have been stepping into the challenging fields confronting men in their spheres of dominance, we feel extremely proud. And when we read about women ‘pioneers’ who took the initial footsteps at a time when the familial and societal conditions were not in favour of them, we can’t keep ourselves from saluting them. We bring before you, the story of an influential Indian woman who paved way for many other Indian women to take up and practise medicine in the centuries that followed. Anandibai Gopalrao Joshi who was the first Indian female to study western medicine.

Getting Into An Early Wedlock Changed Everything:

Anandibai Joshi was born as the Yamuna on 31st March 1865 in an orthodox Hindu family who were once the landlords in Kalyan of the Thane district in present-day Maharashtra. The family fell into financial nadir and faced several hardships. According to the prevailing societal norms of the day, Yamuna was married off when she was just nine years old to a man who was 20 years elder than her. His name was Gopalrao Joshi, a widower, who worked as a postal clerk in Kalyan, was a progressive idealist who supported women education. The couple moved to Alibag owing to Gopal’s transfer in the job. As a man who supported women’s education, Gopal wanted Anandi to pursue education. Though he supported and encouraged women’s education and upscaling, things were not as green as they seemed to be. Gopal was overly obsessive about this. He would constantly rebuke and beat young Anandi to ensure that she studied. Once when Anandi was helping her grandmother in the kitchen, Gopal became extremely furious that he badly hit her for not spending time studying. This incident left the neighbours in shock as it was unusual that a husband hit his wife for doing household chores. When Anandi was 14 years old, she gave birth to a boy who died just 10 days after he was born. Lack of proper medical facilities and appropriate support during the complex time of labour was the main reason for the child’s death. This was the usual scenario back in those days. This incident triggered Anandi, who decided to pursue medicine and serve women so that they don’t go through what she had undergone. She decided to fill the gap of the lack of female doctors as she realised how difficult it would be for pregnant women to get examined by male physicians. Yes, it was Gopalrao who encouraged her to study but it was Anandi’s choice to take up medicine.

It was common for the Brahmin community to have the knowledge of Sanskrit in those days but Gopal realised the importance of learning English and wanted Anandi to learn the language. He tried to get her admitted to the missionary schools which didn’t work out for various reasons. He later shifted the family to Calcutta where Anandi learnt Sanskrit and English. When Anandi expressed her interest in pursuing medicine, Gopal, wrote to a missionary called Royal Wilder expressing his wife’s zeal to pursue medicine. With the help of Royal Wilder and Theodicia Carpenter, Anandi and Gopal came to know about a physician couple from the US, the Thorborns, who suggested a medical college to Anandi in the US. Amidst huge criticism from the community about a married Brahmin travelling to a foreign country to study western medicine, Anandi took to Serampore College Hall to address the community explaining the reason behind going to the US. She emphasized in a firm tone, the pressing need for women doctors in India, telling them that she volunteered to become one. She further said, “The existing midwifery classes were not enough, and in any case, the instructors who taught the classes are conservative and to some extent jealous”. I would say that it was a historic speech, as Anandi, a woman back in 1883, spoke her mind out convincing the haters and gained their hearts.

Anandibai joined the Women’s Medical College of Pennsylvania in June 1883. She was 19 years old and three years from then, at 21, Anandi graduated with an MD in obstetrics. The topic of her thesis was ‘Obstetrics Among the Aryan Hindoos’ in which she combined elements from both Western medicine and Indian Ayurveda. With this, Anandi became the first female of Indian origin to study and graduate with a degree in medicine in the United States. She is also considered to be the first woman to travel to America from India. After she graduated, Anandi also received a congratulatory message from Queen Victoria.

A Grand Welcome And An Unfortunate Farewell:

Anandibai returned to India in 1886 and she was given a magnificent welcome. She was also appointed as the Physician-in-charge of the women’s ward in the Albert Edward Hospital by the princely state of Kolhapur. Anandi, who was unwell even before she set on her journey to the US, couldn’t stand the cold climate and diet variation in the foreign land. She contracted Tuberculosis during her stay in the US and was admitted to the Woman’s Hospital while in Philadelphia, but she didn’t give up studying medicine gaining her MD in three years’ time. Even after returning to India, her health kept testing her. She suffered constant weakness and fatigue. Medicines were sent to her from America but were of no use. Finally, with the further worsening of her health, she breathed her last in February 1887 even before she turned 22. 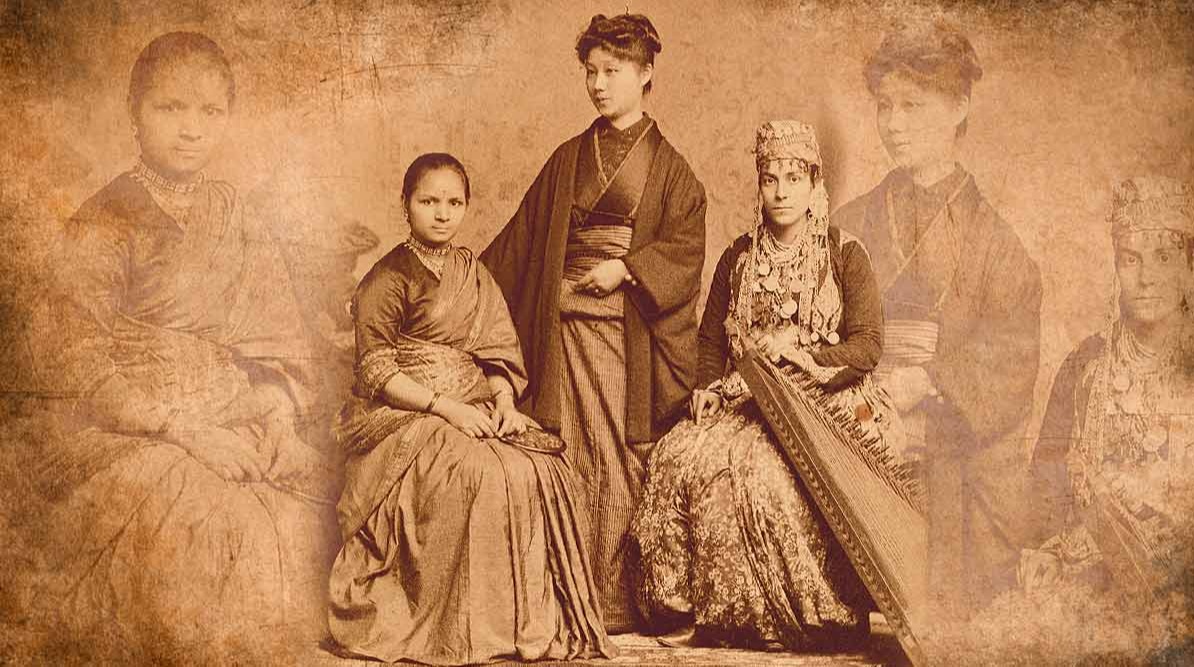 Shall Be Revered As The Trailblazer:

Anandi Joshi couldn’t practise medicine but she had surely laid the road for millions of women to pursue medicine. She is looked at with high reverence as the first woman for having studied western medicine. While the entire nation (the same nation that criticised initially for her decision) mourned her death, her ashes were placed in a cemetery in Poughkeepsie in New York. In her honour, The Institute for Research and Documentation in Social Sciences (IRDS), an NGO in Lucknow gives awards for those who make outstanding contributions to Medicine in her name. It is called the Anandibai Joshi Award. A crater on Venus also was named ‘Joshee’ in her commemoration.

Many Indian women doctors are creating waves in the sphere but it is all to the credit of the foundations laid by Anandi Joshi. Salute to the courageous soul who made the impossible of the day, possible.