Gamactics was co-founded by Shantala Bhat along with her Husband Santhosh Patil and a Paralympian and Arjuna Awardee&nbsp;Sharath Gayakwad.
By: Preetham Bengaluru
Published: 2 Years Ago
Last Modified: 2 Years Ago
Read time: 4 min read
Views  36

In India Cricket is dominating all other sports and people don't give much importance to the players of other sports as much as they value and appreciate cricket players.

There are so many other sports and its respective players who bring laurels to the country are being ignored. At the same time, athletes with so much love towards the sport and who are great at the game lose interest towards the sport as they are not been given the right financial care, support, and appreciation hence they are underperforming, So, most of them let go of the sport and divert themselves to a different path.

Such situations occur to 99% of the sportsmen and to avoid such a situation and empower the athletes, Gamactics was co-founded by Shantala Bhat along with her husband Santhosh Patil and a Paralympian and Arjuna Awardee Sharath Gayakwad.

Gamatics.in is an online 'movement' which is focused on fulfilling the basic needs of swimmers in India. Not only is it a marketplace to order high-performance practice gears and equipment, but this is also the only exclusively online swim store in India. Geomatics.in is an NSRCEL –IIM Bangalore incubated company focused on empowering and supporting aspiring athletes. But for now, they are very much involved in Swimming and its athletes.

This is an organization built by athletes for athletes.

Athletes who shed their sweat and blood every day to practice their sport for bagging laurels to this country are facing an Unorganized Ecosystem around them. To put this Chaos in the order they have brought up Gamatics. This will make the system even more efficient and will put a stop to all struggles faced by athletes. They don't wanna jump into every sport, they've initiated with Swimming and later on while progressing will set up platforms for respective sports.  As swimming is currently the highest medal-winning sport, they have kick-started with this.

There are plenty of achievements; they have reached out to more than 800 swimmers across India in a short span of time. Gamatics team has conducted the first non-medalist Karnataka state swim competition in which 500+ swimmers participated.

Not just that, the team has been associating themselves with the sports industry’s best players in various domains apart from sponsoring state and national level meets. Gamatics has already covered 20+ interviews of elite athletes and coaches.

Extra Credentials that accelerates the Current Swimming Scenario in India...

Sharath Gayakwad is a Paralympian swimmer and Arjuna Awardee. At the 2014 Asian Games, he broke P.T. Usha's record for the most number of medals by an Indian at any multi-discipline event by winning 6 medals. Team Gamatics have a fresh perspective towards many underlying practices and guidelines followed in Indian swimming. 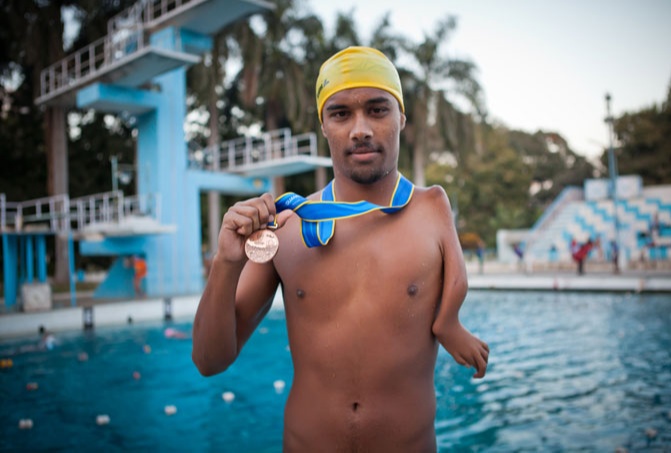 They are also providing necessary support for sports specialists like - nutritionists, physiotherapists, and counsellors. The athletes can get their service very easily, they are working closely to bring the laurels for good performances at all levels and support them by engaging with the right sponsors.

The main goal of Gamatics is to revolutionize sports just like how Amul Revolutionized Dairy.

Shantala S Bhat was born and brought up in Siddapur, Karwar District in Karnataka.

She studied in a government school and was the only girl to opt to become an engineer in her entire batch of about 70 students. She didn't stop there, she joined IIM-B in the year 2011 to learn the business and put that amazing concoction of skills – engineering, business learning, and common sense to solve a problem. Shantala Bhat set up India’s first platform to fix learning and access to equipment in the Sports Industry. 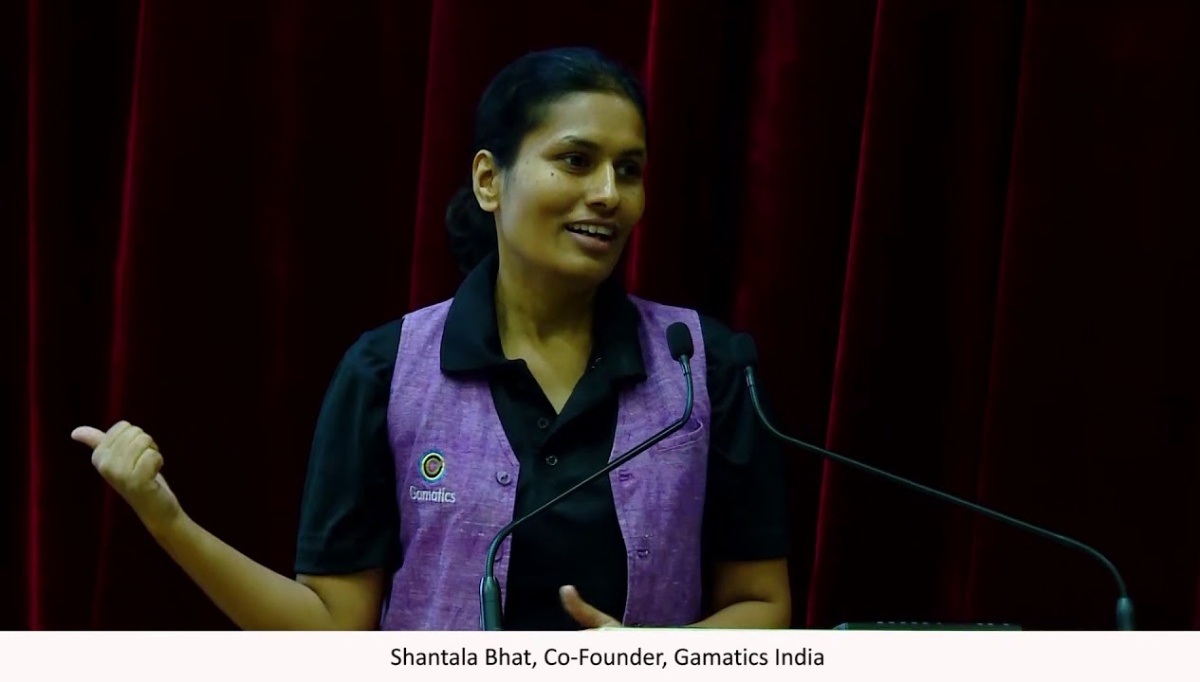 Shantala worked in a corporate firm for 15-long- years between 1999 to 2015. She finally quit her career and gave into a love she fostered for long- entrepreneurship. The sports industry suffers from a lack of athlete information and their performance details, lack of financial support, lack of accessibility to world-class sports equipment, and opportunities and lacks infrastructure and accessibility.  To fix this chaos she Co-founded  Gamatics along with her Husband Santhosh Patil and Sharath Gayakwad.

Shantala's Force behind this Startup when asked "I always thought about my contribution towards society, while I was working a corporate job. Am I making someone richer or am I actually contributing to the growth of society? This question always lingered in my mind. You can donate money or take classes in the weekends but, that’s not something I really wanted to do all my life. Gamatics is a social enterprise and I really wanted to bring a change in the system and a corporate job wouldn’t have allowed me to do so''.

How Did Paralympian and Arjuna Awardee Sharath Gayakwad Get Into Gamatics...

Shantala's son, Utkarsh Patil loved swimming as sports after his summer camp. His school Deens Academy identified his talent and started training him after school hours.

With emerging technology, media innovation, and non-profit initiatives things are quickly changing. If we want to put a strong performance in swimming at the Olympics, isn't Gamatics a stepping stone to it? says Shamala Bhat the Co-founder of Gamatics. 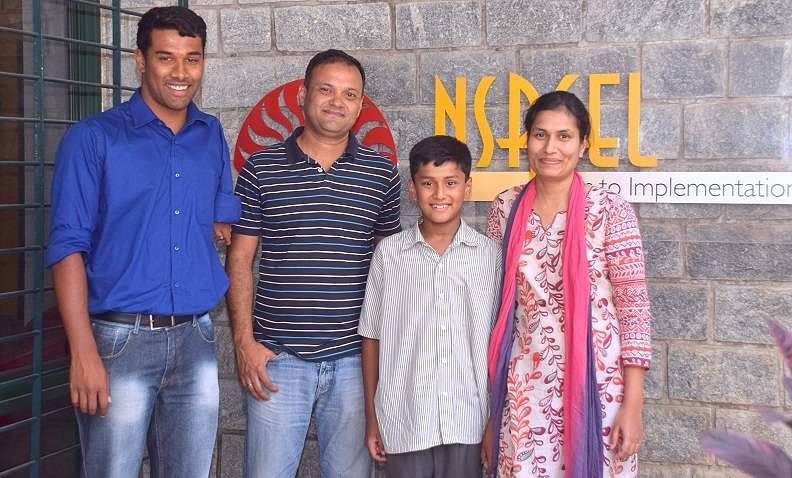