The CLOWN who launched a School in the BUS and also spreading awareness on Covid.

He spends his days serving in a clown outfit for young slum fans, spreading awareness to fight back against COVID 19.
By: manjula_banerjee_canada
Published: 1 Years Ago
Last Modified: 1 Years Ago
Read time: 3 min read
Views  34

Over 28 million people have been infected, and 330,000 have died due to the pandemic in India. There are no instructive organizations left in India since March 2020, notwithstanding the carelessness for the tenth and twelfth principles exhibited as of late. The remaining children have yet to receive appropriate instructions. There are difficulties for youngsters who don't have television or access to the Internet. In an attempt to help, Ashok Kurmi, a social activist from Mumbai, Kurmi thought of converting a bus into a classroom since it was not being used. It was launched on the 15th of August 2021, India's 75th Independence Day. Online education is only a dream for these students who live on the sidewalks or in the slums. Through this initiative, Kurmi hopes to help them.

Young people are taught by Ashok the three golden rules of wearing a cover, keeping up with personal hygiene, and social distancing to defeat COVID. Starting with Dharavi, Kurmi has disinfected 1,500 to 2,000 homes for free using a sterilization machine he bought himself in CST, Fort, Lower Parel, Dadar, and Sion.  Spiderman-costumed Ashok Kurmi cleans the area around CST in Mumbai. 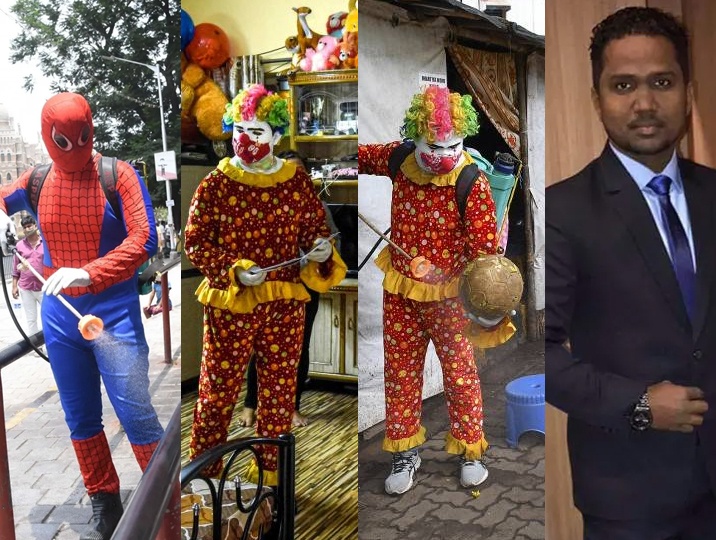 Costumes intentions and a childhood habit-

Ashok wears his rainbow-hued hairpiece, paints his face colorful, disinfects public places, and distributes masks to spread awareness about COVID. What made him decide to be in a clown outfit?  Kurmi, in the drug business, says youngsters would regularly be terrified when he wore a PPE suit.

"They would think that I might take someone away from here. Despite that, I was simply trying to make them mindful," Ashok explains.

Kurmi plays numerous characters to try not to scare kids away. Santa Claus, Spiderman, Mickey Mouse, Doraemon, are some of his costumes. However, the pandemic didn't occur when he first put on the mask. As a child, he was regularly dressed as Santa during December, dispensing chocolates to children. Because he couldn't distribute gifts last Christmas, he dressed up and wore a safety face shield and masks instead. After that, youngsters began paying attention to Ashok calmly. There was no longer any restlessness concerning me. 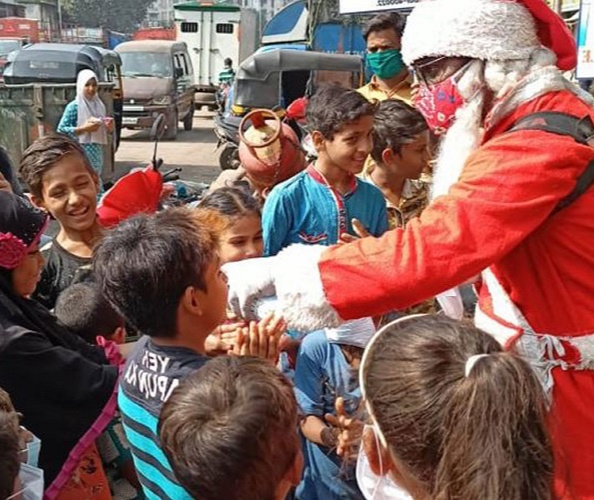 His ensembles aren't for no particular reason, he explains. The outfits also secured Kurmi as a PPE would. It is also essential that he convey the right message. "I used to draw teardrops on my face to show the kids that the hurdle is not yet over, rather will have to fight back to stay safe," says the Joker. At first, his family, including his parents, wife, and over two-year-old daughter, were reluctant to let him out. It's essential to finish this. Individuals on the road don't effectively perceive how to stay safe, and they need assistance. Presently, my family is stable," he says, adding that the situation is improving. While he is getting into the personality of a comedian, they help him with his daily makeup schedule of one hour. 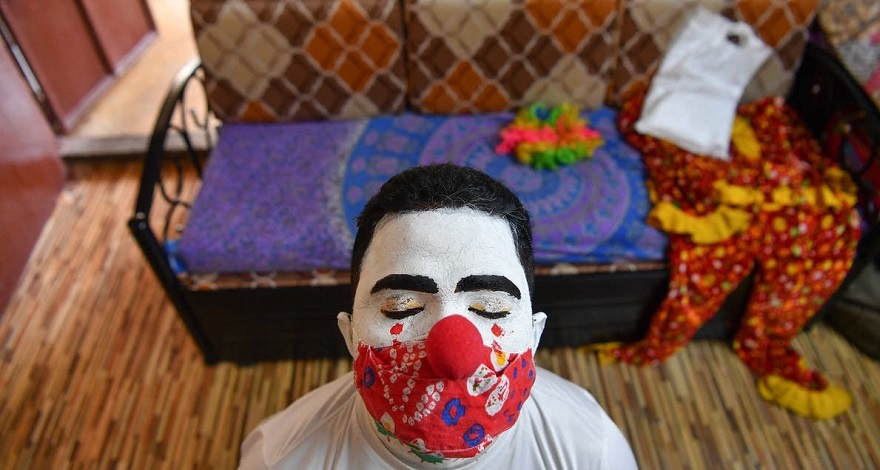 While working on everyday work, he comprehends how to manage time effectively. His visits to these regions are between two and three hours per week, and he visits them at the end of the week. Assembling his look also takes a great deal of effort, time, and money. Wearing the outfit and applying makeup takes about two hours, and taking it off takes an hour barely. It costs him Rs15,000 per month to work on this self-financed drive. He says that at the end of the day, everything feels fantastic. Previously, there was little awareness in these regions, yet now I see kids wearing covers and following social rules.

"These activities can go a long way towards battling the illness.", Ashok replied. Amidst Mumbai's third Covid wave, his efforts have become increasingly significant. Kurmi is courageous despite the dangers inherent in visiting densely populated areas like Dharavi. As a comedian, he will continue to help individuals until the pandemic is over.