Boy receives Patent for 20 years. Is it a unique concept of wastewater management?

What parents do in the house stands as an example to children. They observe what elders do and follow in their footsteps. That's why it is rightly said that children don't listen to what you instruct but shall imitate what you do. When Samabesh Nayak and Sucharita discussed water conservation and wastewater management in their house every day, it directly reached their son who also started thinking of various ways to reduce and recycle the wastewater. This thinking made him innovate something extremely useful that he was presented with APJ Abdul Kalam Ignite Award 2017 by the National Innovation Foundation (NIF)-India. He is Ayushman Nayak of Bhubaneswar and his journey towards recycling wastewater is one of its kind.

“We have an overhead tank installed in the house. We’re careful while using water for bathing, in the washing machine, and other such domestic needs, and keep a constant watch on depleting water levels. My wife and I would always notice how much water is used in a washing machine, and thought of ways we could control the same.” - when Ayushman's father Samabesh has been taking several steps towards water conservation along with his wife, little did he know that his son studying in grade III in KIIT International School would do much bigger than his age.

Ayushman Nayak hails from Bhubaneswar, Odisha. He is currently studying in grade 7 at KIIT International School. His father Samabesh Nayak is an administrative officer in a Management school and his mother is Sucharita. The family always had discussions on water conservation, management, and reducing wastewater in the house. Ayushman grew up listening to all these discussions and developed the same ideology. He also thought of ways that can reduce water wastage. He thought of various methods that can recycle wastewater. The National Innovation Foundation (NIF)-India visits Ayushman's school every year in order to motivate children towards developing scientific temper. Officers from NIF encourage students to submit their innovations in the form of essays. Young Ayushman was in grade III when he came across such an invitation from NIF. He submitted two of his ideas. One focused on fixing a viper on the helmet while the other was about recycling wastewater. 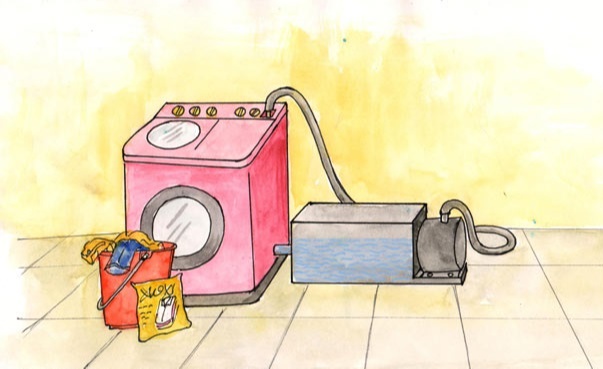 Ayushman's innovative approach centered on recycling soap water from the washing machine. His idea is to recycle the wastewater from the washing machine and re-use it for different purposes. To achieve this, he designed a five-layer filtration system. Dr Murthy, Scientist and Group Coordinator, IBM Technologies, Bangalore praised his innovation to be the best one so far that saves all of the water that is wasted. He said, “Washing machines usually use around 56 to 120 litres of water all of which is wasted once a washing cycle is complete. With this innovation we can save all of the water that is wasted”. A few of the engineers from Gujarat also have developed a practical model of Ayushman's idea. For his achievement at a very young age of 8, Ayushman received the APJ Abdul Kalam Ignite Award in the year 2017 organised by National Innovation Foundation (NIF)-India. "Such inventions are the need of the hour especially the ones that promote water saving. India is on the verge of a major water shortage and through inventions like these it could be averted”, said Dr K. Murthy. 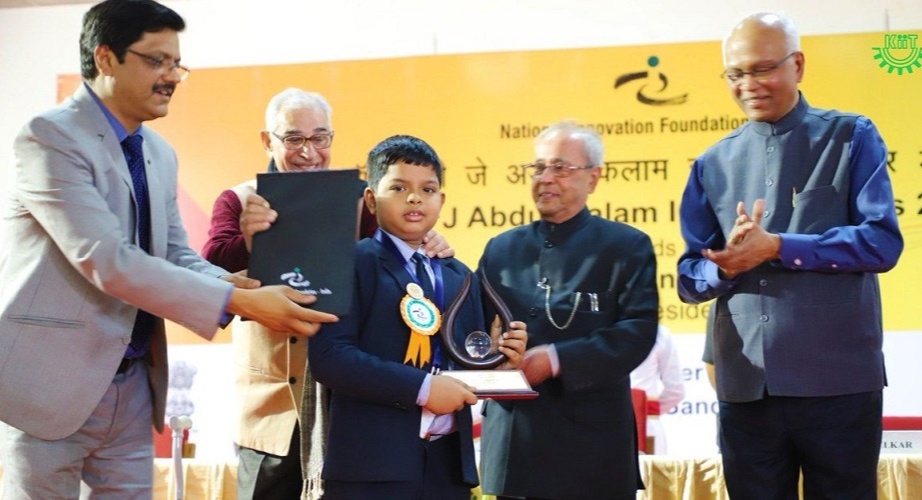 Proud Owner Of A Patent:

For his idea which was known as ‘System for Using Recycled Soap Water in Washing Machine and Method’ that was submitted when he was in grade III, Ayushman, who is currently in grade 7, received a patent for 20 years from Intellectual Property, Government of India. He received the patent, which is currently in his father’s name, in 2021 as he is still a minor. “I also received a lot of appreciation from my friends. As many as 69 students were receiving this award, and I felt proud to be one of them,” he said. For his innovation that stores and reuses the wastewater generated in washing machines, the founder of KIIT and KISS, Dr Achyuta Samanta congratulated him. While his father's pride have known no bounds, he said that they don't even know that the boy has submitted his ideas for NIF until he received the award.

As Ayushman's idea is still a basic one, the government, along with the engineers are doing their best to develop useful systems that be utilised on a national scale. He, who wants to become a mechanical engineer in future loves to think of such innovative ideas to solve everyday problems. “I want to be a mechanical engineer and find unique solutions to help the masses,” he says.