He carves wood in his workshop. Is inspired by the environmental protests in Goa. Supported AAP's campaign and is now the winner of local body elections.
By: swetha_vangaveti
Published: 2 Years Ago
Last Modified: 2 Years Ago
Read time: 3 min read
Views  45

"Thank You for giving AAP their first victory in Goa,” Arvind Kejriwal stated. His victory served as a boost to the Aam Aadmi Party's survival in South India. The AAP found its ray of hope in a carpenter who resides in Goa. This first timer into politics grabbed his seat in Benaulim in the sea-side state, Goa. What has a 26-year-old carpenter to do with lifting AAP's future in Southern India? Read further.

In the recent Goan Zilla Parishad elections, AAP could take the winning pride for the very first time. Hanzel Fernandes from Benaulim has won the race with a margin of 434 votes and with this, the AAP's vote share in all the Goan constituencies witnessed a considerable rise. This also served as a boost for the party that has been longing to make its mark in the state.

Hanzel is the son of a carpenter. He took up his father's occupation and works on wood in his carpentry workshop in Benaulim. However, his mother is an environmental activist and she is more inclined towards getting her son's political career up and running. Hanzel Fernandes was inspired by the fights of the environmental activists he has been watching closely over a period of time. The protests of these activists to preserve Goa's disappearing greenery allured him the most. When AAP started to campaign in the state, Fernandes extended his support. Thus, he became the party's choice for the capable OBC candidate to contest from Benaulim. It all changed and even his inexperience didn't matter when some AAP leaders walked into his workshop one day and offered him the candidature.

Hanzel says that this winning marks the beginning of a change, a change that people wanted and looked for. "We have not made any fake promises. Our promises will be fulfilled. Just give us time and we will do it," he told reporters post his winning. He said that it's just the starting and expressed faith that they are going to rise. One day, he says, they shall win all the seats by doing a lot of good work without destroying the beauty of the state. He ensures the best benefit from the development of Goa. 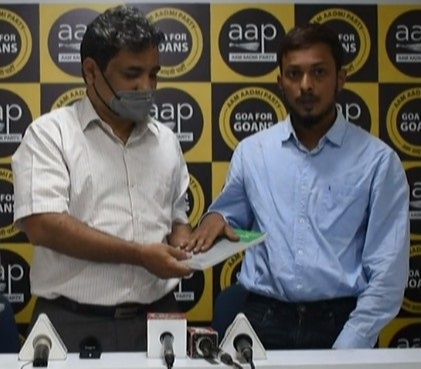 People voted for me because they saw a young person enter the political arena and offer an alternative politics beyond what the state has seen so far from the BJP and the Congress, he said.

His mother, Geraldine Fernandes who has played an instrumental role in his political walk, said that it was a tough fight between two major parties, the BJP and the Congress and a small, budding party the AAP. When a youth with no political background has won the elections, she says, it shows how much faith the voters have had in him. "I am very proud as a mother. I am happy they voted for him without any money or bribe being offered," said Geraldine.

Geraldine also said that Hanzel's focus shall be solely on providing a clean government to Goa through the Aam Aadmi Party. "We can have a clean government and we can protect all this is left, especially our environment, the water bodies, the fields, which are so important to each and every Goan.", She added. With rising protests over coal mining and other infrastructure projects that are causing irreversible damage to the state, Hanzel, who has never thought of joining politics before, works from his carpentry workshop to preserve Goa's sanctity.

While Goa's ruling BJP made it big in the district polls by bagging 32 out of 49 seats, the major opposition party, Congress survived with four. Hanzel Fernandes, on the other hand, is the lone winner who got AAP it's only seat in South Goa blooming hopes for the party's voice in the southern state. His winning has supplied the party with high energy rising its rank and file in the state. The party leaders said that this winning of Hanzel revived the hope of repeating their Delhi success in the big fights to come.

Congratulations and all the very best to the young man in politics. May his dedicated service revive the trust people lost on politicians and the parties. 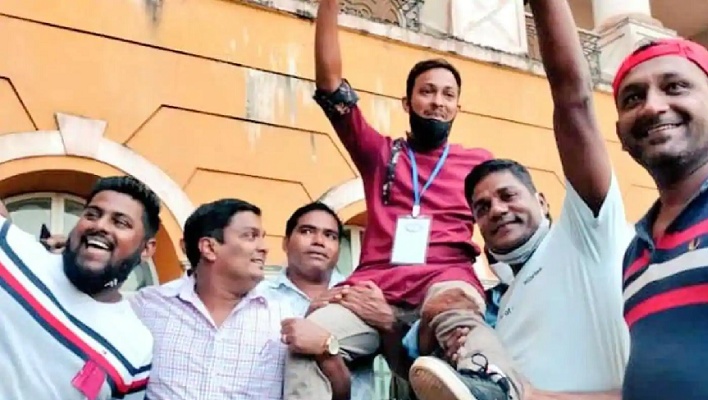