Classy prosthetics are in vogue, introducing exotic mediums to shape them into wearable artworks.

Who said disabled people couldn't be gorgeous?  Get ready to be amazed & stunned. Ambroise Pare started rehearsing in France in the sixteenth century. Since then, prosthetic appendages have advanced significantly. Check out these latest, coolest, most creative, and quirkiest prosthetic devices. From cutting-edge edges to 3D printed appendages, it is possible to customize potential prosthetics in much the same way you can upgrade your vehicle or wheelchair. Bespoke prosthetics are rapidly becoming popular by showcasing classic artisans and modern creators, and 3D printing is also making them affordable for those who cannot afford thousands. Amputees who use prostheses can enjoy their regular daily exercises so much and as freely as possible with the prosthesis.

Can you recall that sparkling, Swarovski-encrusted leg of Viktoria Modesta at the end of the Paralympic Games? It was designed by Sophie de Oliveira Barata, founder of the Alternative Limb Project. Oliviera Barata incorporates her creative work (she started out setting up film and TV prosthetics) into every one of her bespoke appendages, aiming to express the wearer's personality and sense of independence.  Sophie de Oliveira Barata discovers the innovative implications that can shape an artificial appendage into a self-expressive one in her craft. In 2011, Sophie founded the Alternative Limb Project after working for several clinical prosthetic suppliers. At her workshop, amputees receive prostheses that integrate into the body or stand out as art pieces that express their creativity, attitude, and passion. Among Sophie's breathtaking inventions, she provides a limb with an integrated stereo, yet another with detachable musculature, and a third with microcompartments.

She had a knack blending fantasy with reality. 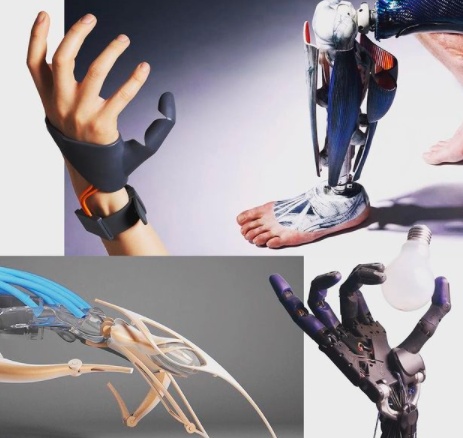 First client in the spotlight-

Sophie's skilful tendency at making prosthetics is a result of her early work as a prosthetic maker. She had her education in fine arts. She has experience in artistic creation for eight years, creating bespoke, stunning prosthetic limbs for one of the UK's most prominent prosthetic suppliers. However, It didn't allow her inventiveness to flow, but it cultivated her itemized model-production abilities. She began exploring different avenues regarding creative prosthetics during her extra time, making stunning ensembles for herself and her friends until she set up her studio and dispatched the Alternative Limb Project. She was inevitably quick to embrace the artistic freedom of the ensemble pieces and her normal skills from everyday life.

Sophie set out to discover a client for whom she would sculpt an elective appendage. The best amputee, the best model, and the most distinguished singer of all time were Viktoria Modesta. Sophie made a few masterpieces, among which Viktoria Modesta wore to the London 2012 Paralympic closing ceremony. 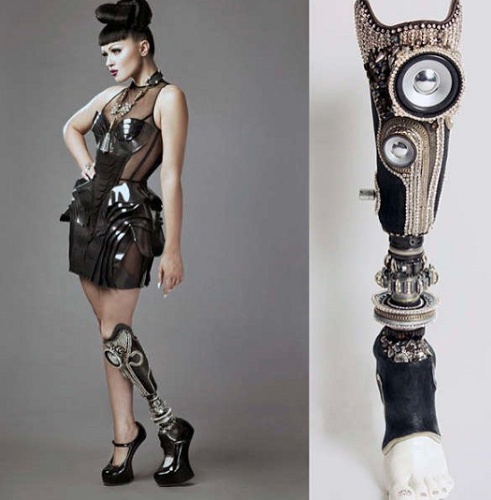 The studio displays an outlined picture of Viktoria with the appendage. Resembling a stylish piece, it sits just below Viktoria's knee attachment. Embellished with Swarovski's precious stones, it's a dazzling display of rhinestones, shards of reflected plastic, and rhinestones. Viktoria's appendage was a brilliant idea that gained Sophie a great deal of consideration. The following year she customized and constructed a few elective extras, including a nature-powered bloomed leg and 'Metal Gear Solid' bionic arm for his ideal man arm in a train mishap. Sophie is more inclined towards breaking new ground and unleashing creativity. When you contemplate the more extensive assortment of pieces that Sophie has made, you can see how the silicone skin that she uses on her sculptures is unbelievably similar to human flesh (the Realistic Limbs), along with her non-human alternatives (the Alternative Limbs). Each year, Sophie makes around six elective augments; most are cosmetic supports. In response to the increasing demand for realistic prosthetics, Sophie prefers to continue making them.  She wants to continue breaking new ground in her research with prosthetic limbs. According to Sophie, we can imagine a world where people possess multiple limbs depending on the scenario, such as a lifelike conservative limb for work alongside a flamboyantly adorned personal statement piece. Sophie's art allows people to express themselves rather than suppress their individuality.

As part of 'The alternative limb' project, Sophie utilizes a revolutionary mode of prosthetics to make profoundly adapted wearable crafts. In combination with traditional specialities, her artwork investigates topics of self-perception, change, advancement, and trans-humanism, while advancing positive discourses around inability and celebrating body diversity. These artistry pieces have been displayed in global shows, for example, in The National Museum of Scotland in Edinburgh, UK (2019), the Museum of Science and Industry in Chicago, USA (2019), in the Museo de la Ciudad de Cuenca in Quito, Ecuador (2018). The Future of our Species'' (Singapore, Italy, Spain, and Ireland). Her plans include snakes, henna tattoos, and sound system speakers, ensuring that her bespoke appendages make you stand out from the crowd. 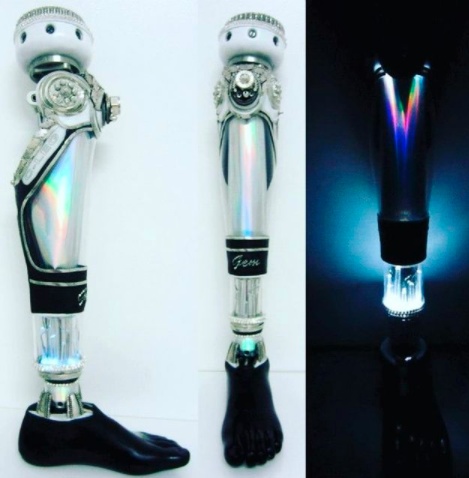 Sophie discussed her upcoming narrative on "The Alternative Limb Project" at TEDMED 2014.  It will be a private account of three moving amputees as they make extraordinary prosthetic limbs that represent their characters, inclinations, and minds. The story begins with the plan, continues with its development, and progresses to the realization of the appendages and then some. It examines the relationship between the body and mind; it considers how the mind's creativity can transform into an object and make an unequivocal statement about an individual's character.

Functionality has always trumped aesthetics in the prosthetic's firm, but Sophie's work currently gives her the chance to blend both. Sophie makes a wide range of elective appendages to suit individuals of many different personalities. She makes a journey from the genuine to the strange in her work and turns every stone in between. From this point of view, Sophie's work suggests the possibility of a human evolution that isn't necessarily directional, straight, double, but rather innately creative. Commending the variety of real opportunities, her innovative commitment to innovation, and the body's physicality, they all reveal a sense of becoming. 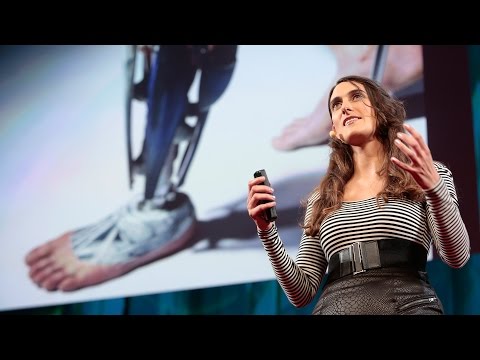