Meet Rifath Sharook an 18-year-old from Tamil Nadu who designed the KalamSAT which is the worlds smallest satellite.
By: milagro_vina
Published: 3 Years Ago
Last Modified: 3 Years Ago
Read time: 3 min read
Views  3.2k

Rifath Sharook looks towards the skies in Tamil Nadu finds a universe that invites him to explore. With that objective, this teenager dared to create the first mini satellite of only 64 gram of weight. This is a feat for the young people of India.

The young genius of physics and engineering, applied 3D technology to manufacture mini space devices. Built-in carbon fiber the satellite managed to meet the standards set by NASA. Mr. Sharook observed how his miniature satellite entered orbit in 2017 during a mission of the Terrier Orion sounding rocket on June 22. The mini-satellite completed its mission in 12 minutes. The objective of the mission was to determine the performance of the carbon fiber under extreme conditions. It was a success.

From Tamil Nadu to Space

The formation of Sharook as a physicist led him to the path of aerospace engineering from a very young age. In fact, he already had experience in the field of space science before participating in the "Cubes of Space" event. Sharook has been part of the Space Kidz India group in Chennai since he was a child. This experience and early stimulation gave surprising results in the creation of the Kalam SAT, as he called his small creation. The name Kalam is in honor of the nuclear physicist and former Indian President Dr. A. P. J. Abdul Kalam.

The young scientist says that the achievements of the Kalam SAT were the result of the work of a solid team composed of Yagna Sai, chief technologist, Abdul Kashif, chief engineer, responsible for the engineering calculations. Tanishq Dwivedi, the flight engineer, planned the simulation and flight calculations. Vinay Bharadwaj, the structural engineer, worked on the satellite's structure and exterior cladding. 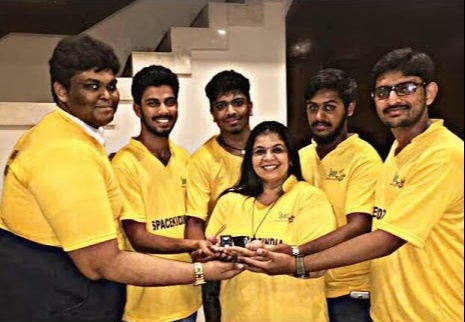 The Kalam SAT team was tutored by Dr. Srimathy Kesan and led by Mr. Sharook responsible for satellite electronics, communication, computers, and coding. However, the achievements of the Kalam SAT went further than originally planned. In effect, Sharook's team consisted of a biologist who incorporated an experiment aimed at establishing the behavior of seeds in space.

The challenges of a young physicist

Sharook inherited his father's passion for the universe. His father was an astronomer and from a very young age he taught him to observe the stars. But the look towards the stars and the universe in full was the look of someone who is passionate about a subject, a dream, an idea. The young physicist explains that from his parents he obtained stimulation and love for physics. "Follow your passion and create your own path to achieve what you want. But for this to happen, parents must allow their children to identify their passion rather than pressuring them to join training institutes and classes. He says. "It's a matter of loving what you do".

In 2015 Rifath Sharook participated in the event ´Young Scientist India-2015'. He managed to win first place with his prototype aerospace balloon. This balloon took off and traveled a considerable distance to Koothanur. 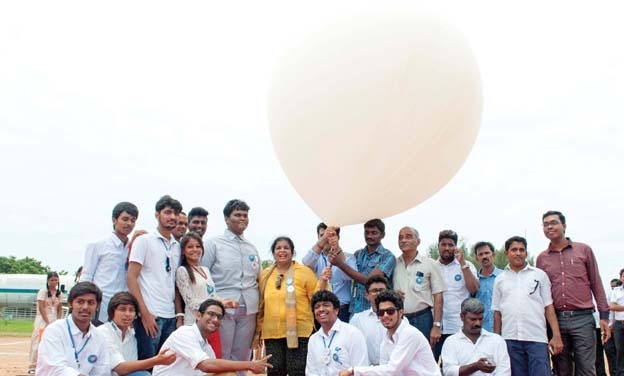 Sharook is emphatic in pointing out that achievements like this are only possible when the project is accompanied by a solid team.  He also points out that one of his goals is that over time most of the components for the design of scientific prototypes will come from India. He sees this as a stimulus for the development of the national aerospace industry.

The Make in India is soon becoming a reality. Sharook hopes that within a few years the Indian aerospace industry will achieve high levels of autonomy.