In the world of science women have climbed transcendental positions and today India is proud of the achievements of a scientist who with a love of science and the pride of belonging to the Indian Space Research Organization (ISRO), was able to successfully stay for 403 days in the experimental station of Antarctica.(November 2016 and came back last December completing over 403 days ) She is Dr Manga la Mani a lady who, with her intelligence, sharpness and the energy that characterizes the women of India, took on the challenge of devoting 15 months to scientific research for the glory of India and the women of the world. Dr Mani, with her strong heart and sharp intelligence, managed to overcome the harsh conditions of Antarctica.

The rigorous selection process of the researchers who would be established during 18 months in the experimental station of India in Antarctica, included a trip to Auli, in the Chamoli district of Uttarakhand, reaching altitudes of up to 9,000 feet, as a physical test and previous training, to demonstrate that they would be able to adapt to the harsh Antarctic atmospheric conditions: "All the equipment was made to carry heavy backpacks to build and test their physical resistance" said the eminent scientist. In addition, she underwent extensive medical examinations at the All India Institute of Medical Sciences (AIIMS) in Delhi.

But that was the first stage, later they moved it to Badrinath at 10,000 feet, where the icy weather left out of the expedition several scientists who could not overcome the harsh weather conditions.

Antarctica is home to The Scientific Committee on Antarctic Research, (SCAR),   international and multidisciplinary scientific organization made up of scientists from 44 countries. In this station converge the world's brightest minds in research in Geoscience, Biology, Physics, Chemistry, Oceanography, Astrophysics and other disciplines, in which Dr Mani is a specialist. The fundamental axis of research in Antarctica is Climate Change trying to establish the oceanic atmospheric connections and their impact with the planet. Antarctica is a source of climate history deposited in the ice sheets that accumulate for thousands of years in the area. 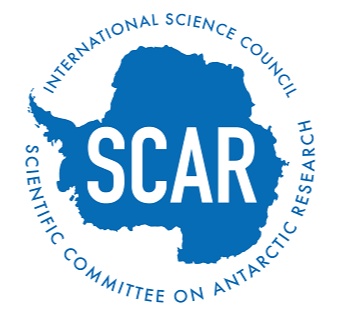 On the Indian side, the Space Applications Centre Antarctica (ISRO) provides advice and support to the Indian Scientific Expedition to Antarctica to collaborate on research in various disciplines, but ISRO's priority is the observation of satellite orbits.

Dr.Mangala Mani is the only woman selected from among other exceptional women, she accepted the challenge of belonging to the select group of 23 Indian researchers, who would live for more than a year in the Antarctic Experimental Station.  The privilege of researching in the coldest continent in the world requires not only knowledge, but also the strength of character and physical strength to cope within hospitable conditions in temperatures below -40º.  Upon arriving in Antarctica, Dr Mani understood the rigour of selection and training, because on many occasions while conducting experiments they had to suspend due to inclement weather. "We used to be very careful when leaving our climate-controlled research station. We had to wear fleece and even 2 or 3 hours in the cold was too severe to bear. We had to go back immediately to warm up" she said.

Dr.Mangala Mani didn't know the icy climates; she didn't even know the snow. This eminent 56-year-old scientist demonstrated that she was in optimal conditions to take on the challenge and demonstrated it during the time her research lasted. Dr Mani and her team observed the 14 satellite orbits, sometimes under conditions that threatened her health.

Pride of the scientific team

Dr. Y V N Krishnamurthy, director of the Hyderabad-based National Remote Sensing Centre (NRSC), is Dr Mani's direct head and explained the roles she and her team played in Antarctica: "Mangala and her team had to operate and maintain the Indian research station and collect a large amount of satellite data because we have polar orbiting satellites. Unlike Hyderabad, where only two or three orbits are visible, Antarctica is the place from which 14 orbits can be observed. The spatial data loads are downloaded at the Antarctic station and sent to the Hyderabad centre via the satellite communications link for processing and distribution to users". It is an arduous job that requires precision and constancy, as the extensive amount of satellite data collected by the station, must be retransmitted ensuring that the process is not interrupted, even when weather conditions are absolutely unfavourable.

Dr Mani has been passionate about science and experimentation throughout her life, so the achievement of forming the team of Indian researchers in Antarctica is a dream come true. She concludes, "Men can have physical strength. But women are emotionally strong. All women should have faith in themselves and should always try to give the best of themselves”