The inspiring feat of Pranjal Patil, the first female IAS officer with a visual impairment, is the new sub-collector of Thiruvananthapuram.
By: milagro_vina
Published: 2 Years Ago
Last Modified: 2 Years Ago
Read time: 4 min read
Views  253

The inspiring feat of Pranjal Patil, the first female IAS officer with a visual impairment, is the new sub-collector of Thiruvananthapuram.

The women of India never cease to amaze us with their achievements. Every day new feats, new goals, new medals, new ventures and new achievements, those triumphs of fighting women fill the hearts of women all over India with hope. This is the case of Pranjal Patil a brave and extraordinary woman who became the first visually impaired Indian woman to achieve the rank of Sub-Collector of the Thiruvanthapuram district of Kerala.

Mrs. Patil lost her sight at the age of six. The loss of vision did not prevent her from developing a full life, strengthening her other senses and acute intelligence. 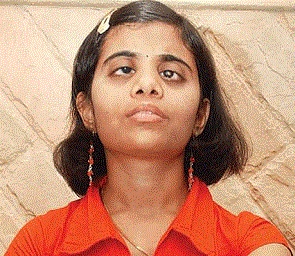 Pranjal Patil comes from the village of Wadaji, Jalgaon, Maharashtra, where she was born in 1988. She is the daughter of assistant engineer Lahen Singh B Patil, and Jyothi Patil, her loving mother. The loss of vision was progressive as a result of direct exposure to the sun's rays.  She was diagnosed in 1994 and by 1995 Mrs. Patil was totally blind. She is currently married to businessman Komal Singh Patil. 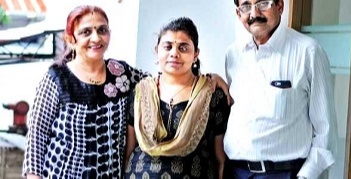 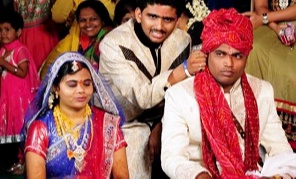 Her years of study were spent in Mumbai at the Kamla Mehta School for the Blind in Dadar. Her teachers appreciated her as a very studious and intelligent girl. She studied at the Chandibai Himatlal Manshukhani College in Ullhasnagar. After graduating from high school she went on to study arts at St. Xaviers College, Mumbai.

Later, in her constant quest for learning, Mrs. Patil moved to New Delhi, where she pursued postgraduate studies at Jawaharlal Nehru University (JNU) where she obtained a Master of Arts (MA) degree. Mrs. Patil, who was not satisfied with the degree in Arts, continued her studies and obtained a second MA in Philosophy. Soon after, she earned a Ph.D. in International Relations.

During her training at the university, she had to travel repeatedly by train and was assisted by the terminal staff and the people who took the train daily. This experience made her aware of the importance of the civil service and the education of citizens, who on their own initiative are willing to help people in difficulty.

A career as an IAS

Mrs. Patil's studies prepared her to take and pass the examination at the Indian Administrative Service (IAS). She used all the technological resources at her disposal and through the Job Access With Speech (JAWS) software, she was able to read the documents online. She never took formal classes to take the exam, but she worked hard to achieve it and succeeded: "We must never be defeated and we must never give up. With our efforts, all of us will get that one breakthrough we want," she said. 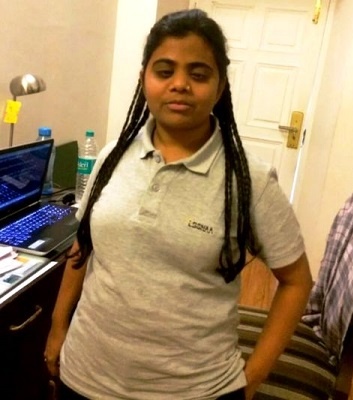 To take the exam, she had to enlist the help of a writer who could capture her dictation at a speed that would allow her to finish the exam on time. The writer who accompanied her during her exams was her excellent friend Vidushi, who adapted to her dictation speed naturally.

However, passing the tests was not enough to get her into the IAS service, as she was assigned as an Indian Railways Accountant Service (IRAS) from where she was rejected as the Personnel and Training Department informed her that the Indian Railways does not employ staff with 100% blindness. She was subsequently assigned to the Post and Telecommunications Department, at a lower rank than the first position. To achieve the position, she deserved by merit she had to fight against bureaucracy, met with ministers and even made statements in the press. As a result, Railway Minister Suresh Prabhu promised to give her a job commensurate with her qualifications. 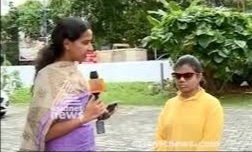 She caused a sensation in 2017 when she became the first visually impaired woman to pass the UPSC entrance exam with an AIR 124.

The appointment as a Sub-Collector

Mrs. Patil's appointment as Sub-Collector of Thiruvanthapuram was a recognition of her excellence as an IAS officer and her ability to hold positions of responsibility: "I am very happy and proud to take over. Once I start working, I will have more ideas about the subdivisions in the district and I will be able to have more plans on what to do for the subdivision," she added.

Referring to success she said, "Success doesn't give you inspiration; the struggle behind success gives you inspiration. But success is important because only then will people be interested in knowing about your struggle. The attitude and approach to doing something matters and then each individual can become a building block for a beautiful society. 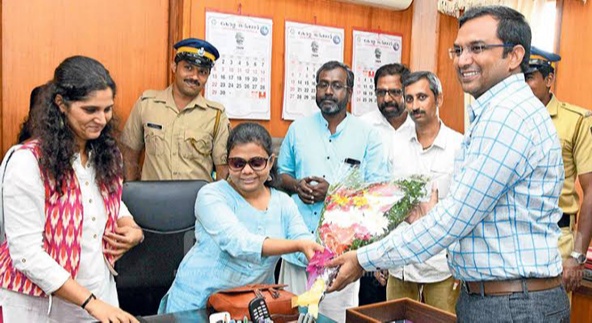 Mrs. PranjalPatil's fame allows her actions to become an example to follow. For this reason, in 2018, during the celebration of her brother's wedding, she became an organ donor and supported the organization to place a stand in the spaces where the wedding was held.