Recent discoveries may help find a way to fight against Bone cancer in adolencts.

An IITian gold medallist’s research for bone cancer in adolence has some encouraging results. She and her team are pretty confident of a solution.
By: manjula_banerjee_canada
Published: 2 Years Ago
Last Modified: 2 Years Ago
Read time: 5 min read
Views  106

Ewing sarcoma is a malignant bone growth that arises primarily in adolescents. With the presence of a single mutated gene, it is impossible to manage as it extends to distant organs. Such results have recently been reported in Cell Studies. The massive commitment of an Indian researcher, Dr. Swati Srivastava, in a joint effort with Professor Yosef Yarden and 20 different partners at the Weizmann Institute of Science, in Israel have discovered a treatment to stop bone malignancy in youth.

Dr. Swati Srivastava had finished her Ph.D. from IIT Roorkee with a stamp of a gold medallist. She is  presently pursuing her post-doctoral position at the Weizmann Institute of Science. As announced by Cell Reports, she has found collaborations of Ewing sarcoma at the molecular level and proposed a treatment that can inhibit the growth of such cancer cells in youth, as she indicated a positive reaction in an experiment with mice.

Turning into a researcher was not her youth dream; instead, she is a creative persona consistently. Her fantasy was to accomplish something intriguing while at the same time remaining under the research field. She was influenced by her senior mentor and Professor Yosef Yarden, who supported her a ton to show potential talent and encourage her to bring imagination to science. 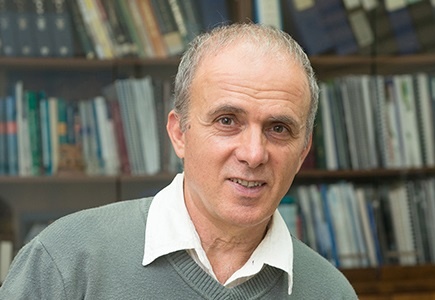 “Glucocorticoids is the cornerstone in Ewing sarcoma treatment”

Postdoctoral research fellow, Dr. Swati Srivastava, and collaborators performed work on glucocorticoids, steroid hormones and a kind of receptor as well. Researchers examined this receptor in particular and studied glucocorticoid’s duplicate nature. Such receptor proteins are found in nearly all living organisms, conveying stress-related hormonal signals, alertness, and perhaps several other essential functions. However, glucocorticoid receptors also trigger malignant development.  Their tests uncovered the theory that these receptors can impressively enhance the development of Ewing sarcoma.

The physical link within the glucocorticoid receptors and the Ewing sarcoma oncogene producing protein stimulated the growth and proliferation of Ewing sarcoma cells in the laboratory setting and actively encourage the emergence and expansion of these sarcoma cells within lab mice.

Can you imagine 11.25 per million cases reported globally!

There recorded 11.25 per million cases of sarcoma in young people globally. These forms of cancer are prevalent in adolescents, children, and adults aged 15 - 29 years. Ewing sarcoma seems to be the most common subtype throughout the populace.  The examination used medications that have just affirmed for use, which can empower the usage of this therapy. 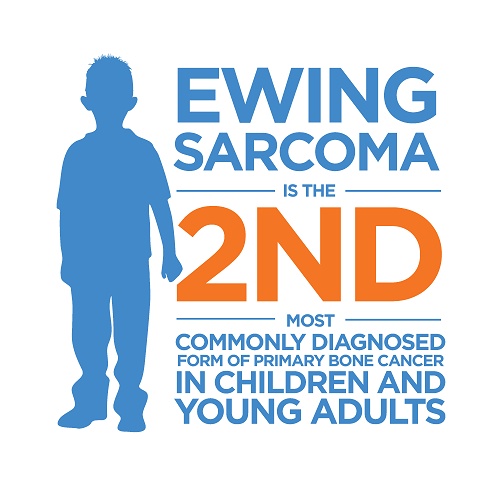 Can you guess! What happens next!

She found cooperation with Ewing sarcoma, a sort of tumor, and proposed a treatment that keeps it away from spreading. It firstly tested in an examination with mice, with positive outcomes. What happens to those mice upon injecting Ewing sarcoma cells in its body?

Dr. Srivastava, alongside different specialists, has embedded Ewing sarcoma cells in mice and given them medicine that could hinder the combination of glucocorticoids. The specialists found that with the prescription, the tumors began developing at a more slow rate than previously, because of the medicine, in this way not turning out to be as stable as they would have.

Incredible…….on her next step she offers new hope to youth!

The researchers plan on testing this out on human patients soon. If the results are positive, it could offer new hope to young ones who are affected by this, especially in situations where cancer has metastasized beyond the bone.

Dr. Swati said, “This is our confidence to the fullest that we continue searching for new experiences.”

Dr. Srivastava said in an announcement, "Our discoveries give the premise to a customized way to deal with the treatment of Ewing sarcoma." The way that the examination utilized medications that have just affirmed for different utilization ought to encourage the usage of this methodology.

Her driven hypothesis upon realizing a Lead link between the bone cancer cells and glucocorticoid …..

Ultimately, she grabs a clue that will treat Ewing sarcoma in a better way……

The significant clinical noteworthiness of these discoveries is that they make way for another treatment choice for Ewing sarcoma. At the point when the specialists embedded human Ewing sarcoma cells into mice, the tumors developed considerably more gradually when the mice treated with metyrapone, this medication is affirmed for the treatment of adrenal inadequacy and works by diminishing glucocorticoids.

In mice, another medication through mifepristone, which inhibits the glucocorticoid receptors and is authorized for many therapeutic uses, stopped Ewing sarcoma metastases from bones to lungs through a giant cancer cell spread path. On the other side, as investigators increased the activation of glucocorticoid, sarcomas expanded and dispersed even quicker.

She unlocks 7 genes from a patient tumor sample……

A genome study of tumor patients diagnosed with Ewing sarcoma conducted were seven variants controlled by glucocorticoid receptors discovered that are expressing at higher than expected rates in patients with, especially deadly tumors. Such genes that act as a hereditary hallmark to enable individuals chosen for treatment: patients with such 'hallmark' factors are more prone to gain through glucocorticoid-neutralizing therapy. These genes may also help to determine the path of the disorder: their expression levels can indicate a high mortality rate; lower indication, as well as, may indicate moderate prognostic value.

Married life begins after thesis submission……Dr. Swati Srivastava mentioned that” soon after submission of her research thesis, She got married at age 29”.

Purpose of her life….. To bring breakthrough research to contribute to the wellness of society.

She celebrated her motherhood on 16th October…. On this day, her baby turned two months

That news made her day …..”That was a memorable morning “, she said.

Her words to youngster….she said,” Try to avoid the trivial line, follow your dream, and fulfill it to the fullest.”

DR. Swati received a call from her sister in the morning sharing a piece of news where everybody on social media praising her on an incredible disclosure to bone cancer and blessing her on saving the lives of millions of sarcoma fighters.

She continues her lines by saying “If they succeed in their research experiments on bone cancer patients, then the younger folks with this type of cancer may get a sense of hope, particularly in cases where bone cancer exceeds their limits and expand beyond  bone.”