Indians without a doubt sparkle and shine in whatever they do and especially in the software field which goes without saying. Here’s one such bright spark who made it to the US Advisory Board.

Who is Swetha Prabakaran?

Swetha Prabakaran an Indian-American, born in Indianapolis was selected, among seventeen other students to serve on ‘Better Make Room’ Advisory Board. A senior at Thomas Jefferson High School for Science and Technology,  Swetha is the CEO of  “Everybody Code now”! An App that has helped hundreds of students to Code and has raised thousands of dollars for STEM (Science, Technology, Engineering, Mathematics). 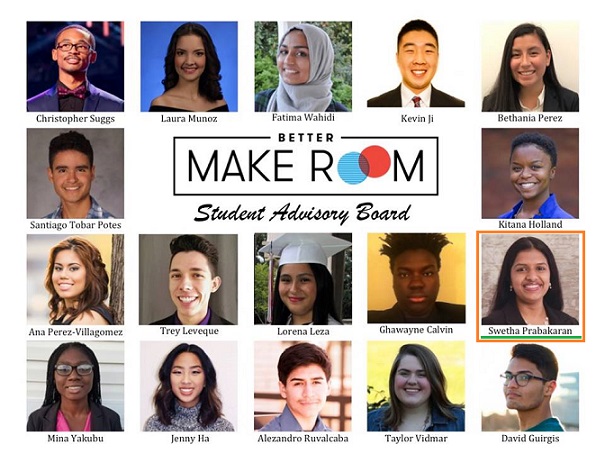 Her passion for technology is knitted in her genes, as both her parents, techies from Tamil Nadu run a website themselves called techfetch.com. Swetha said that she was inspired by her mother and her computer science teacher, Mrs. RiaGalanos to take up computer science. She said they both served as female role models to her. A quote that inspires her is her father’s favourite Swami Vivekananda quote, “Take up one Idea, make that one idea your life- think of it, dream of it, and live on that one idea. Let the brains, muscles, nerves, every part of your body, be full of that idea, and just leave every other idea alone. This is the way to success. 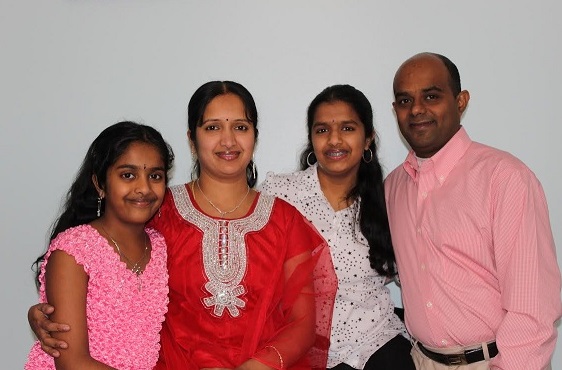 What is “Better Make Room”

The Better Make Room Advisory Board founded by Michelle Obama seeks to provide American students with educational opportunities by providing them with the resources that they need. The board has twelve high school students and five college going students of whom Prabakaran is the only Indian. 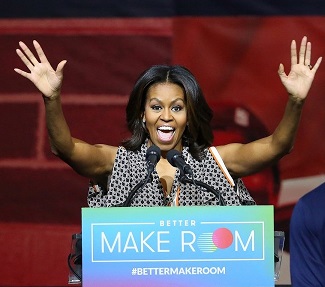 Swetha says it was a great honour for her to be selected to the Advisory Board because she got to meet women like Valerie Jarrett, Senior Advisor to the President, Tina Tchen, executive director to the White House Council on Women and Girls. Hearing their stories really inspired her. Refer www.bettermakeroom.org.

Although there will be 1.4 million jobs in the tech industry, in the US, women still hesitate to take those jobs due to the stereotypes surrounding that field. This makes women lose their voice so she really wishes more women would take such career paths.

It is a little challenging to manage school work balance. She cuts out a few hours every evening to work with her App. Swetha also has a supportive team who are all college or school students who have the same struggles as her, yet she communicates and delegates work so that they can balance their schedules.  Seeing younger children in schools learning to Code and that giving them confidence really inspires her to do what she does. 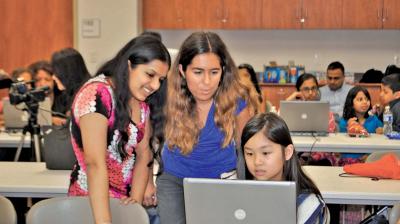 Finds time for other stuff.

This young teen brilliant coder has other interests as well. She loves to dance Bharatanatyam, Swim and is a great Athlete. She is part of her school’s chapter of Future Business Leaders of America and has travelled to take part in Model United Nations. 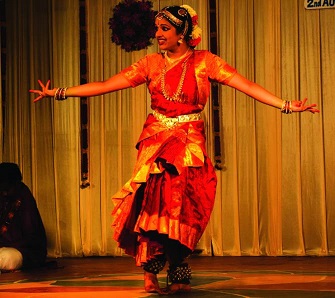 Finally, she propagates “we are teaching kids the 3R’s- READING,  WRITING, ARITHMETIC, but now it’s time we teach them the 4th R which is PROGRAMMING”. She aspires to make coding accessible all over US and globally as well.