The first woman Loco Pilot of the Western Railways piloted the goods train.

It was January 5, 2021, and something historic was happening at the usually busy Vasai railway station in Maharashtra. A fully loaded goods train with 3,686 tonnes of cargo filled in 43 wagons was set on wheels on the track to Vadodara, Gujarat. While there were infinite times that goods trains have travelled to date, what's historic about it was that the goods train was driven by an all-women crew. While Akansha Rai was the Goods Guard, Udita Verma served as the Assistant Loco Pilot. Kumkum Suraj Dongre, the icon of our feature today, served as the Loco Pilot. Let's get into the story of Kumkum who always dreamt of becoming a Loco Pilot ever since her childhood and finally became one.

When Madhya Pradesh's Kumkum stood on the terrace of her house and watched trains whizz by day and night, her heart desired to drive one in future. She expressed her wish to her family, who, despite not having a clue of how she would even do it in the male-dominated field, encouraged her dreams. Her house in the village of Manipur, Mandla district always had trains racing past her but never had the bricks of the house thought that Kumkum would one day set her foot inside the pilot's cabin of one of the trains. Born on January 14, 1987, Dongre who finished both her schooling and graduation along with a two-year electrical course from ITI in Manipur itself, attained eligibility for the railway entrance exam. With immense support from her father and elder sister, while preparing for the railway entrance exam, she also completed her MA in Social Sciences. Post clearing her entrance test, she joined the Indian Railways as an Assistant Loco Pilot (ALP) in the year 2013. Interestingly, among thousands of men applicants at the RRB centre, Bhopal, Kumkum was one of the 5-7 women.

“People were staring at us like we were aliens, and at that time I realized for the first time that maybe women don’t become train drivers at all, but I brushed past that thought as my dream of driving a train was much bigger than a few moments of insecurity,” Dongre recollects. She says that the mockery of men who treated the women applicants badly and said that they won't be able to sustain in the job for more than a week are still fresh in her mind. Kumkum did not pay heed to such comments, went ahead and cleared the entrance. When she had gone to Mumbai for the medical examination, she found that she was the only woman who came for the post of ALP. But determined Kumkum didn't fear being alone, she marched ahead and on October 23, 2013, took charge as an Assistant Loco Pilot with the Indian Railways - THE CHILDHOOD DREAM CAME TRUE. 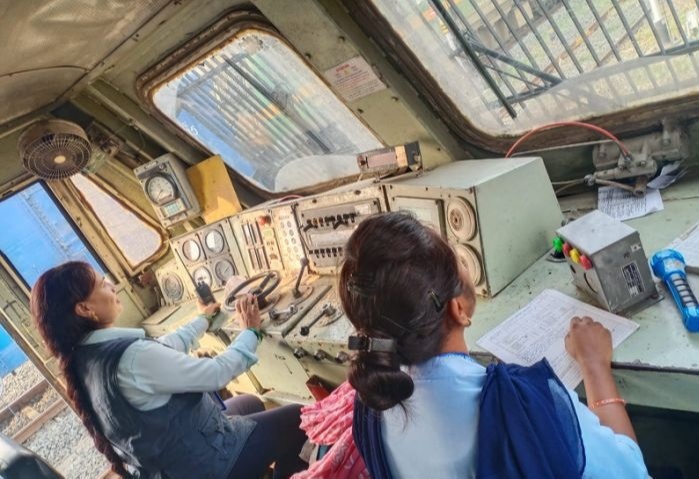 Distancing From the Discrimination:

Dongre who joined the Indian Railways as an Assistant Loco Pilot is now the Loco Pilot of Goods trains. However, there was immense negativity that was poured on her from various sides. Relatives though did not say anything directly to Kumkum or her father always resented her decision. The staff at Indian Railways, some people in specific couldn't digest the fact that a woman is able to do all that they could and said that they are not ready to work with women. Such narrow mindsets, Dongre says, need ages to accept women in male-dominated spheres. Some loco pilots also said that they don't want to take a female ALP on night duties.

"I faced many challenges, but I would say that barely five per cent of the people in my journey were narrow-minded people, the rest just encouraged me to do better and guided me,” Dongre adds. While the staff was taken aback that a woman had cleared the exam for a heavy-duty post, they also treated her with respect. The funny aspect is that while all the other jobs like the corporate ones receive huge publicity, Kumkum's selection for this unconventional role didn't attract media or anyone's attention for a long time. But what recognition and encouragement does a person with self-purpose and self-motivation need? Kumkum has been successfully surviving in the job, not for weeks as everyone commented, but for years now. She has become the Loco Pilot and piloted the good train from Vasai Road in Maharashtra to Vadodara in Gujarat, a long-distance route in the first all-women crew of Western Railways. “I didn’t know if women drove trains or not, but I believed that women could do it. Even my father would tell me that even I could ride a train if I studied well,” Dongre told a release. 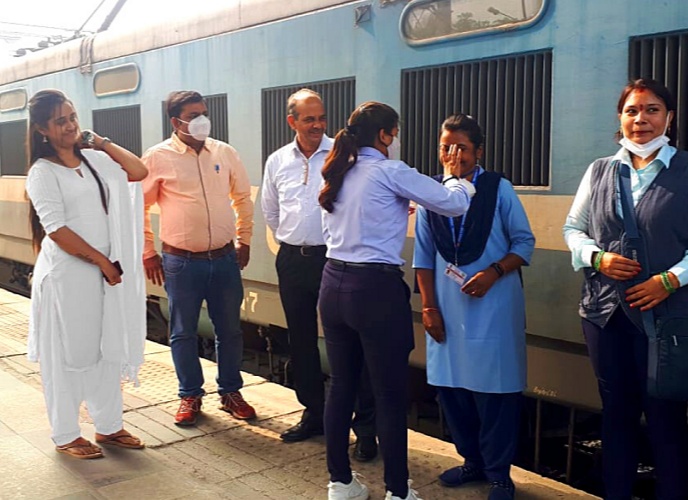 The Dreams for Tomorrow:

Kumkum wants to drive fast-speed trains like Rajdhani Express, Durunto, and the Bullet train. "I want to drive It will take over a decade more of experience to make this dream into a reality but I am all ready for it.", says the confident Loco Pilot.

What stops you Kumkum from achieving what you desired? No one and nothing can drag you and your aspirations back. You are an inspiration to many girls out there who are trying to mark their identity in the male-dominated world.