Couple has broken countless world records on their marathon journey with a million claps.

A couple has completed several ultra-runs, including the 100 and 75 km distances, ahead of all comers' completions and titles.
By: manjula_banerjee_canada
Published: 4 Months Ago
Last Modified: 4 Months Ago
Read time: 5 min read
Views  38

In the nation over, lakhs of people are hitting the gyms, rolling out yoga mats, looking for work, and following the latest health fad that's trending. In the field of wellness, there are two kinds of people -- those who practice and those who don't. You know how demotivating and hindering a lethargic partner can be if you're incredibly dynamic. We know of a couple who ran together for 24 hours! Their achievement earned them a place in the Limca and dual Guinness Book of Records. A charming couple, Sunil Shetty, 51, and Sangeeta Shetty, 46, have been together for more than ten years and wed twice as long. Running is a wellspring of motivation for both of them and families that live around them to take up running. Sunil Shetty and Sangeeta Shetty won the 100km and 75km marathon races as ultra-couples. With years of experience in sales and marketing as his speciality, Mr Sunil Shetty, when in March 2003, arrived at Pune hotel, he stepped on a weight machine. The profession's line introduces those unwanted inches around his waist and 88 kilograms on his feet. Amid a demanding corporate life and travelling, Sunil and Sangeeta opted to take care of business and get their well-being back on track. Quite a long while and many kilometres later, running has evolved into perhaps the most essential aspect of their relationship. As a result, they began including running and racing on their holiday list and weekends. They experienced such a deep sense of happiness while running that it became a way of life and something they dedicated themselves to.

Career path to an Unshakable determination-

Mr Sunil was born in Mumbai in 1962. He attended Fatima High School and later Ruparel College, where he graduated in stats. Despite being quite proficient at mathematics, this wasn't by and large the path he was seeking, as the grandson of an honourable man who once ran a Mangalore café wanted to become a caterer. Hotel management did not go well for him. Under these circumstances, he earned a career in statistics, gained an MBA from IIM Calcutta, and became a sales and marketing manager. Sunil grew up in working-class values that emphasized sports above all else; he played football and cricket but never had much prominence on the battlefield. He bought a pair of Power running Bata shoes for himself in Mumbai after spending a couple of days getting used to running. Four out of seven days, he ran. Sunil realized, "he ran up to 3 kilometres on his first day without any stress".

Around 15 runs after he had purchased his new shoes, a fitness centre opened at the residence he remained in. On the treadmill at the rec centre, he runs 6-8km consistently. Eventually, he controls his diet as well. Following his participation in running at the rec centre, he met Sangeeta there. He had lost 32 inches in his abdomen size after running 6-8 kilometres per day consistently for a year and a half and had lost 64 kilograms. Sunil left Nestle India and joined J&J in January 2004; the same month and year, Mumbai also hosted its first Standard Chartered Mumbai Marathon. 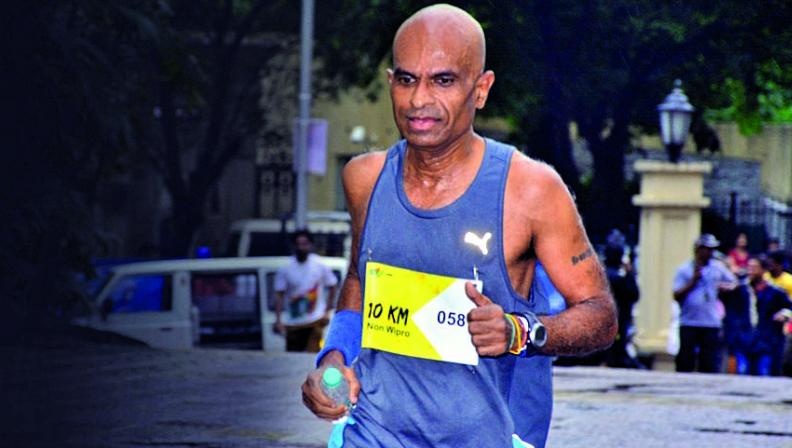 As a couple, they set an example of an 'ultra running couple' and are each other's favourite running companions. A couple can build a strong bond by commending achievements together, causing you to feel part of a group, making your relationship more prosperous and fulfilling. Although it may be hard to get your partner to start running from the beginning, running long-distance races together can be an attractive way to bond while remaining fit.

As a couple, after their marriage, they pledge to do everything together. And rarely cross professional boundaries at any time. In the Guinness Book of Records, Sangeeta and Sunil Shetty hold the world record for the first married couple to complete a 48-hour ultramarathon. They have been running for as far back as 15 years. Sunil expressed,

"I enjoyed running and the benefits it brought to my well-being. Also as a couple, it was a way of spending time together". 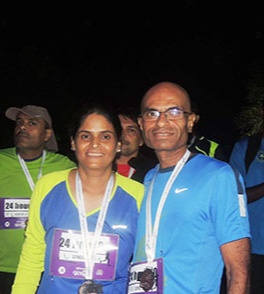 Bangalore hosted the mammoth race at the Sree Kanteerava Stadium. Sangeeta and Sunil finished the race running 212 km and 266kms individually, within 48 hours, in that race that had 28 ultramarathoners participate. After setting a World record, Sunil stated, "they both had been training for this event for a long time, covering significant distances every day while rehearsing, which includes racing nearby. We covered approximately 2,300 km rehearsing." Among the ladies, Sangeeta finished 2nd in the Ultramarathon. "Running is not just something we do for leisure. Running is our passion." Regardless of whether we are meeting family members or companions, we carry our running shoes with us. Whenever an opportunity arises, we run. We haven't seen a specialist for 15 years, and I think we should all run for fitness. They constantly get propelled by their daughter to take on important challenges. Sangeeta and Sunil have raced the Mumbai Stadium Run, Bangalore, and Mumbai Ultramarathon together. Both of them are involved in sports with NEB Sports, a company dedicated to health and sport. Sunil is also known as "The God" among the running world. 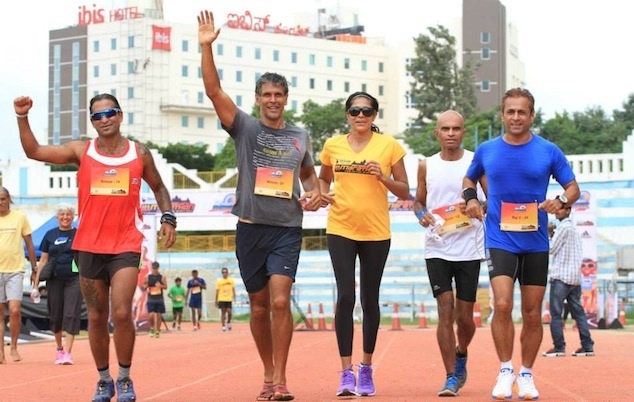 In addition to the Surat Night Marathon, the couple decided to join in the Run of Kutch. It is, however, the only night long-distance race in India, which makes it very appealing to join. Among their activities is running abroad. However, it is nothing like the New York or Boston Marathons. It is only one of the many reasons why couples who practice together stay. It's much easier to escape a daily schedule than to enter one, so wouldn't having someone nearby a wellspring of support and energy make sense?

Ultimately, wellness could be about you alone or concerning you with your mate. Then why not discuss this portion of your life and see how it may add a new depth to your partnership?