Boy from Belgium becomes the second youngest person to graduate in the world.

The 11-year-old boy from Belgium wants to develop 'mechanical' body parts. He is the second youngest graduate in the world and his end goal is 'immortality'.
By: swetha_vangaveti
Published: 1 Years Ago
Last Modified: 1 Years Ago
Read time: 3 min read
Views  31

When news broke about a 10-year-old boy named Micheal Kearney who received his degree in anthropology from the University of South Alabama in 1994, it took the world by shock. Yet again, a similar child prodigy emerged giving the world another jaw-dropping moment. This child prodigy says that he doesn’t bother about his age or if he is the youngest to have obtained a graduate degree but all he cares for is acquiring knowledge. We bring before you, the interesting story of Laurent Simons from Belgium, who has recently made it to the headlines as the second youngest person to graduate in the world. This story is interesting because Laurent is using his knowledge to design ‘mechanical’ body parts thereby offer the gift of immortality to humans.

Laurent Simons hails from the Belgian coastal town of Ostend and is eleven years old. He lived with his grandparents and finished high school and later moved to live with his parents in the Netherlands. Laurent completed his high school education in just 1.5 years and grabbed his high school diploma when he was just eight years old. He later went on to pursue his graduation. He secured a bachelor’s degree in Physics from the University of Antwerp. With this, he became the second-youngest person in the world to receive a bachelor’s degree. Not only that he achieved his bachelor’s degree he also secured distinction with just one year of study which would otherwise take three years for others. 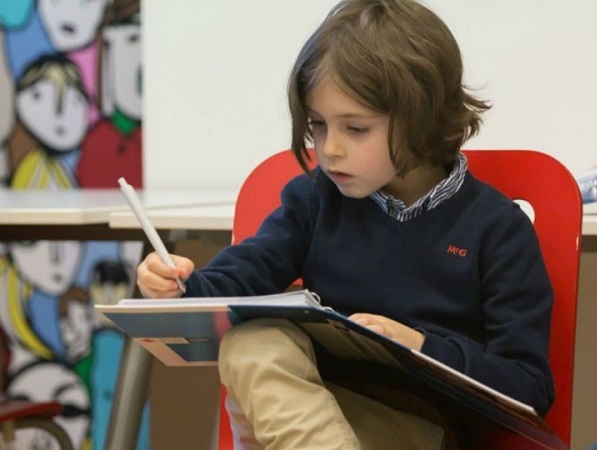 Laurent developed an interest in classical mechanics and quantum physics in the year 2020. He was so deeply attracted to the subject that he wanted to know everything about it. He then started to take courses on classical mechanics and quantum physics in April 2020, which elevated his interest further and he left behind all his other activities and doings, focussed on gaining more knowledge about the subject. He knows that it’s a vast area to be explored and says, “I’ve now put all my other work on hold in order to delve into it.”

How About Mechanical Body Parts?

He further says that quantum physics was just the first piece of his puzzle. Laurent is working upon the methods to make humans immortal. You read that right. As humans suffer from various problems with respect to their organs, Laurent thought of creating mechanical body parts!  He says that his goal is to replace body parts with mechanical ones and achieve human immortality. He also says that he has fabricated a path to achieve this goal. “This is the first puzzle piece in my goal of replacing body parts with mechanical parts. “I’ve mapped out a path to get there. You can see it as a big puzzle. Quantum physics – the study of the smallest particles – is the first piece of the puzzle,” he said. He says that he needs to be “working with the best professors in the world and taking a deep look inside their brains to understand how they think”.

What an imagination and thought process children of today possess! When an individual has exceptional talents, they should also be able to use them for good, marking their journey in the right direction. This 11-year-old boy, who has been journeying towards finding solutions to complex issues is sure to use his knowledge for the best. 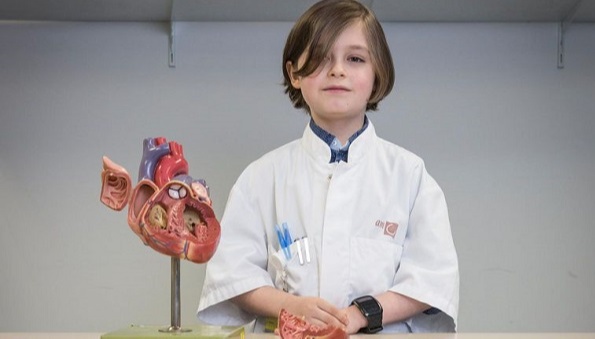