Meet the youngest Indian surfer who fights equality. Others follow in her foot steps.

What is the future for a girl? What does it mean to "settle down"? For a girl's settled future, it means that she has to get married. "No, don't run. You might get hurt", "Don't play such games, they hurt you physically. If you end up with scars and bruises, how will you get married?" These words are commonly heard when a girl takes up something different and is set to do a task different from the rest. People often become uncomfortable when a girl takes her freedom and wants to build a life on her own. She is often pulled back. And if the girl wants to set her path in a field that purely dominated by men, then she is sure to face grave bitterness. But those women who shall face and fight the bitterness will get to relish the lemonade. One such woman is India’s youngest surfers, Aneesha Nayak. The story of this bold lady that's sure to ignite your senses is presented here today and here we go!

Bitter Childhood Made Her Brave:

Aneesha had the worst childhood with their parents who landed into a complicated marriage making life hell for the little girl. Aneesha who hasn't had a normal childhood got to know many things that kids shouldn't generally know about and has thus become more mature for her age. She had a hard time getting along with her peers as she could no longer laugh at the jokes and the silly things that people of her age find interesting. Everything that her peers found fascinating annoyed Aneesha. She learnt to be independent at a very young age and for this, she doesn't regret. She says that not depending on anyone has helped her a lot in life. Though she wasn't able to tolerate the regular fight episodes that took place at home, she slowly cultivated the habit of staying at inner peace. She decided not to let anything affect her.

Stepping Into the Waters - Swimming To Surfing:

Aneesha started swimming from the age of four and when the family moved from Mangaluru to Puttur at the age of 9, Aneesha started competing in the swimming events. After years of swimming and rigorous training, Aneesha was hit by a feeling of monotony and decided to take a two-month break from swimming. Just before she went on to break from swimming, her swimming coach introduced her to the surfing sport. She paddled on to her surfboard and surfed through the waves into the ocean at Mangaluru and immediately fell in love with the ocean. She learnt surfing at the Mantra Surf School in Mangaluru. 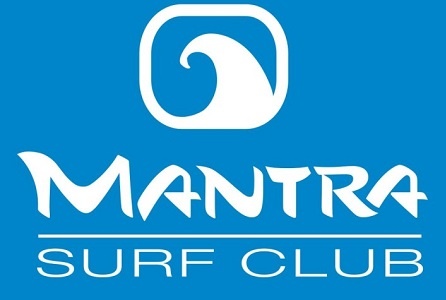 About her first surfing experience, Aneesha says, “I went into the water and actually felt content, complete and connected with myself and also nature. It was the most beautiful feeling I had ever felt. I immediately fell in love with the ocean. I knew that day that surfing was to be a very great and important part of my life.” From that day on, she started spending six-seven hours every day on surfing. She travelled extensively to countries like Portugal and Bali to hone her skills on the surfboard. Within just six months of training in surfing, she participated in a national level competition bagging 3rd place. She trained in Lakshadweep, Indonesia, Portugal and Sri Lanka. 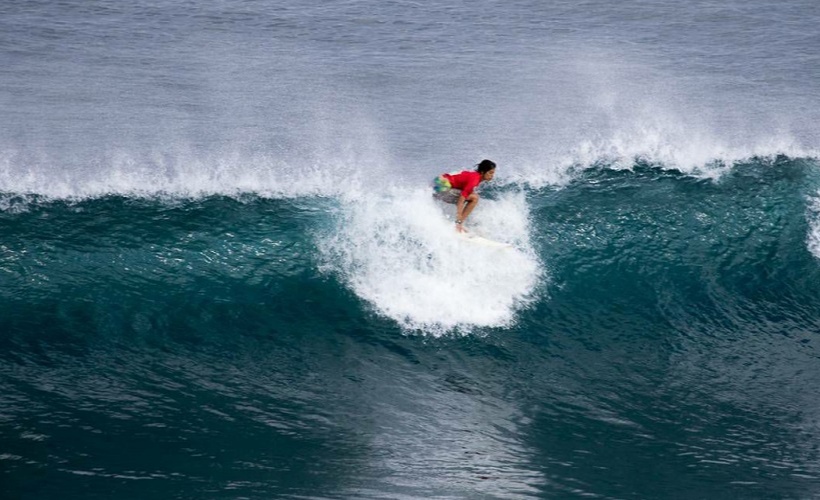 Every wave is different. It can be challenging, but I feel a strong connection with the ocean, she says.

The 19-year-old water wonder hasn’t studied after grade 12. She left the academics behind for her love for surfing. She dedicated herself to surfing and has travelled to various places to get more time with the waves.

Aneesha was one of the first 20 Indian surfers to represent the country in the Asian Surfing Championships in 2015. She also participated in one of the most prestigious Indian surf events - Covelong Point Surf Classic and the Indian Open of Surfing. Remembering her experience at the Asian Surfing Championships, she says, “I saw surfers from all over Asia and they were ripped. They were so amazing at what they did. I got to see so many different tricks that surfers could perform on waves and it was like the kind of surfing I had never seen before. It was very inspiring and I think after that I started to try out different tricks on the wave as well.” 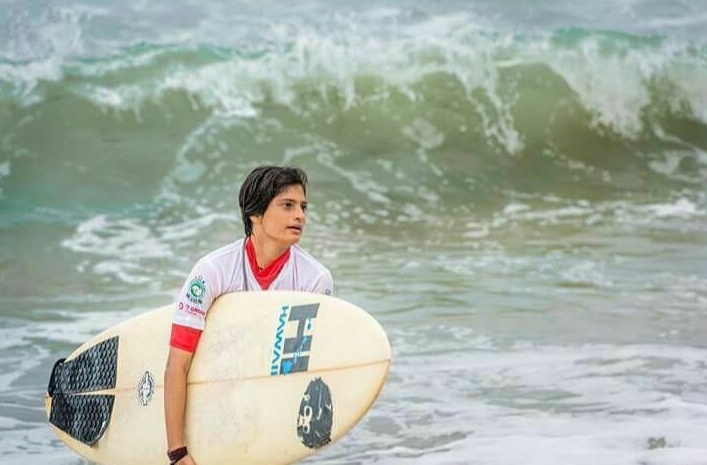 Aneesha says that when she took part in competitions, there were only four or five female surfers that lead her to participate in the open category. After seven years, she says that it gives her immense happiness that the number has increased to about 15-16 women. Aneesha is also a determined surfer who doesn't care for the physical disturbances when it comes to dancing with the wave. Days before the Indian Open of Surfing event she suffered a broken rib. She did not let this fact out to anybody as they would stop her from competing. She announced her own heat, jumped into her surf suit, kissed the waters, paddled into the waves and surfed. Even though it was a painful experience and she didn’t qualify for the next round, Aneesha says, " I would have regretted it if she hadn’t participated."

Aneesha says that there is gender disparity in sports, but she says that it’s not as intense as it used to be earlier. Though things are changing slowly, men still feel uncomfortable if overtaken by a female. In surfing, there is a bit of disparity.

"Except for my home break, where all the men I surf with are my trainers, my Gurus, who support me by helping me improve my surf skills when I surf most of the other breaks the men tend to get over-aggressive and try to put me down by not letting me catch waves", she says.

But taking this in a positive way has helped Aneesha increase her speed and endurance to be able to surf better- it is like she is the only girl to catch waves despite the male dominance. 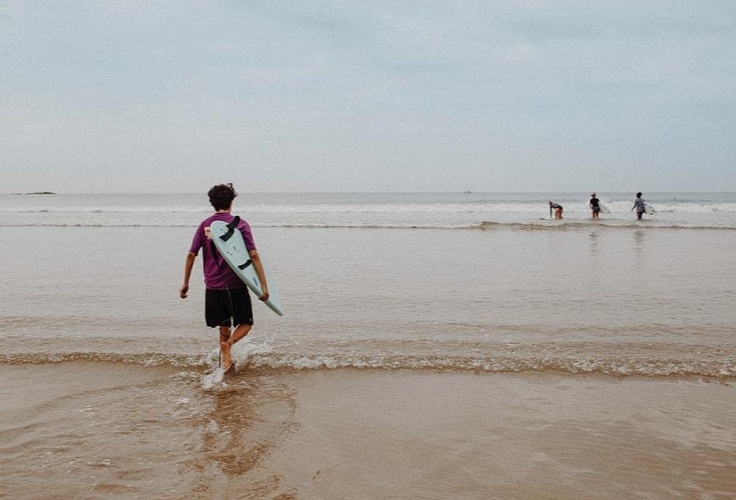 Aneesha is an advocate for equality and is a part of an organization called the Paddle Charity Project started by French nationals, Mathilde Metairie and Mathieu Maugret that repairs surfboards and travels to different countries to teach people surfing and empowers and educates children by conducting various activities. 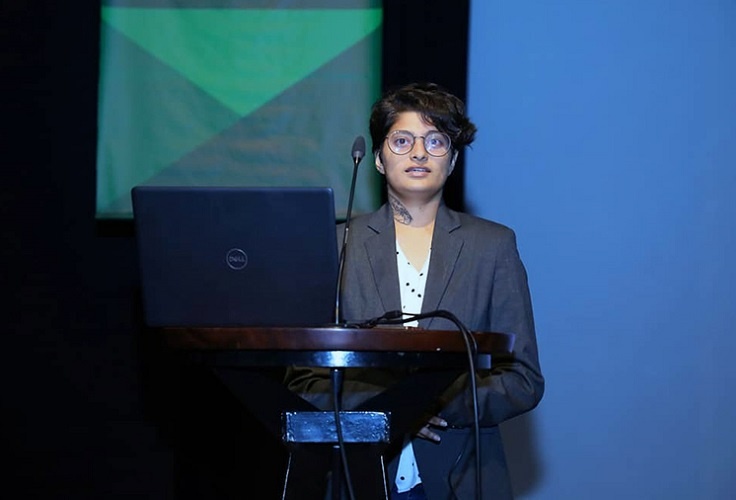 As part of the charity, Aneesha spent a few days in Sri Lanka and taught surf lessons to the local women. Aneesha also conducted women empowerment workshops, ocean safety and ocean rescue workshops, sessions on water safety and on how to safeguard oneself in the waters. She herself has heard sexist comments that tried to stop her from doing what she loves.

“Initially, when I started out, there weren't many women surfing and surfing by itself was a new sport. Not many people around understood what I was doing and why. I was told stuff like you are a girl, you shouldn't be going out in the sun for such a long time, you will get a tan or it's a dangerous sport, you might get injured or you might get scars and then if you do, what about your future. For them, my future meant marrying a guy. And that definitely wasn't the future that I saw for myself,” says bold Aneesha. Aneesha showed the challenges faced by the female surfers in a 2018 documentary called Chicks on Boards directed by Dörthe Eickelberg which features five female surfers from five different countries who rebel against cultural and patriarchal notions to follow their dreams of surfing. She is also featured in another documentary Wild Women featuring 15 female Indian extreme sports athletes from various sports like ice climbing, skateboarding, Downhill Mountain biking, etc. 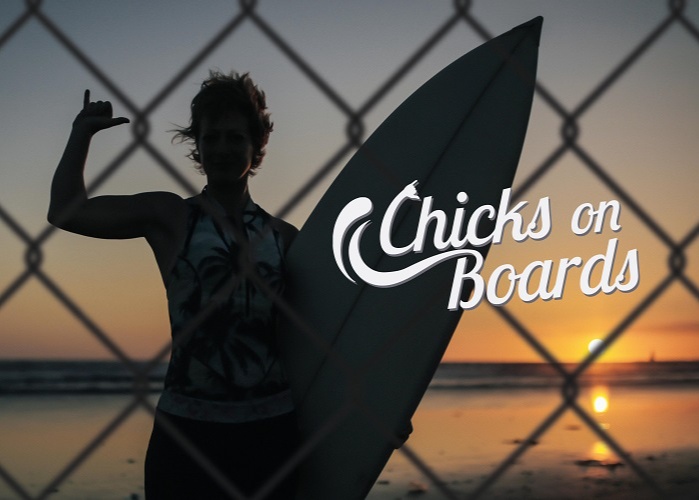 As the surfing calendar has gone empty for the year owing to the coronavirus pandemic and the lockdown, Aneesha is working on her future plans. She is planning to open her own surf school very soon. She wants to make it a place where everyone is welcome and is treated with equality, where people build, empower and inspire each other. She is also planning to conduct workshops along the Indian coasts and help people learn surfing.

Her Strong Words of Wisdom:

"Your mind is so powerful. Believe that you can and you will, it’s all in the mind! No matter what, you must simply continue doing what you do and being you. There’s nothing in the world that can stop you, nothing at all”

Her story sends a strong message that says following your dreams and continuing with your passion without letting anything affect your mental stability and inner peace is the way to live a productive life. Kudos to this powerful woman.