Antonio José Díaz Fernández or better known as Antonio Díaz is an icon of his generation in Latin America and the world. At just 34 years old, he already has almost 30 years in the world of martial arts. From a very young age, he started in the circuit of regional and national Karate competitions. Paradoxically, his first international triumph was achieved in the Pan American Youth Games of 1993 in the Kumite or combat modality. Today he is considered one of the Masters in the Kata Karate modality at the World level.

Kata is the essence of Karate

The Bi-Champion World Kata was formed in the Shito-Ryu school located in Caracas, capital of Venezuela. Antonio advanced gradually during his first years in the world of Karate starting in the combination of the modalities of Kumite and Kata in children's competitions. Only after the Pan American championship in 1993, he found the route to the Kata modality that would make him famous all over the world.

Kata is considered the very essence of Karate. It includes sequences of precise, powerful, and very elegant movements that describe the millenary techniques of this martial art. Antonio Diaz developed a neat style, elegant and loaded with power, so he is recognized as a Master in the art of Kata. 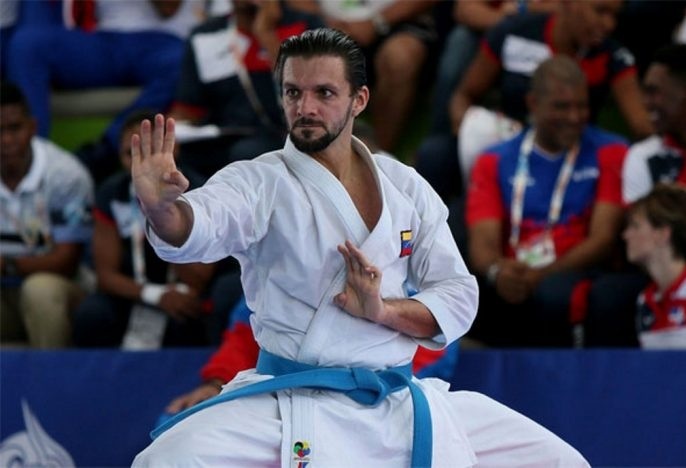 Great triumphs after years of training 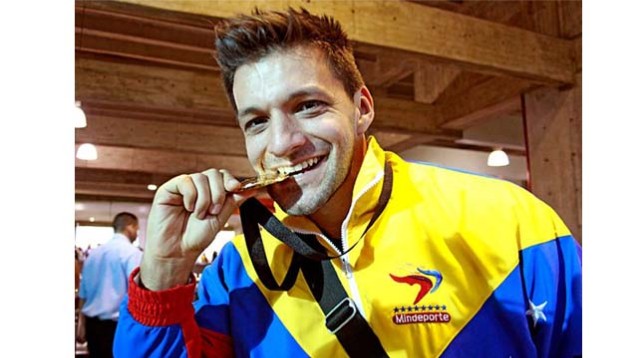 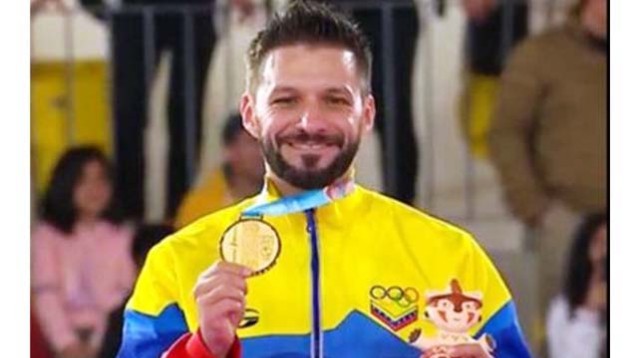 Antonio Diaz's career has a before and after, after his participation in the World Youth Championship of the World Federation Karate held in Bulgaria in 1999. Subsequently, he then reached the 5th position in the ranking after his participation in the World Karate Championship held in Munich- Germany in 2000. The acquired experience consolidated his physical and mental formation to become a world reference in the discipline of Kata. After Munich, Antonio Diaz's career took an amazing leap.

The 21st century brought for Diaz two decades of successes that still continue. He achieved an impressive feat by winning the first two Premiere League Karate Championships in 2011 and 2012.

During the last two decades the sporting rivalry between the Masters Antonio Diaz, the Italian Luca Valdesi, the Peruvian Akio Tamashiro and the Japanese Ryo Kuyana managed to raise the level of the Kata modality to perfection. In relation to this exceptional rivalry Antonio says: "I have had great rivals in my sporting career when I started the Peruvian Akio Tamashiro was a strong competitor that helped me grow through so many confrontations that we had. But I think the biggest rivalry has been with the Italian Luca Valdesi, we have faced 19 times with 10 victories for him and 9 for me". 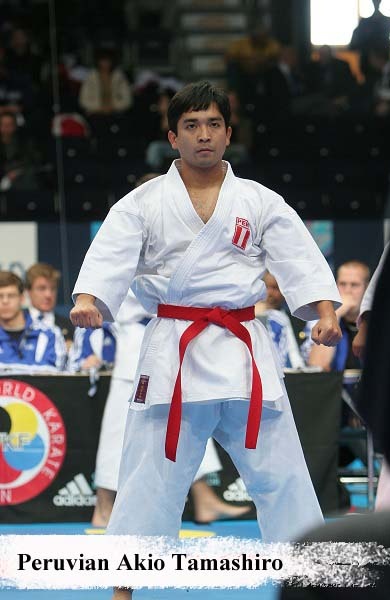 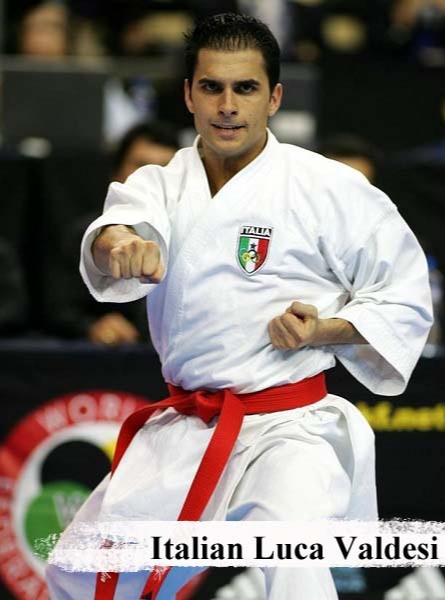 Antonio Diaz not only knew the glory of the title World Champion in Paris 2012. During that event he won all events with perfect 5-0 records. He is one of the greatest in the history of Latin American and World Karate. In 2013 he became champion in the Cali World Championship. 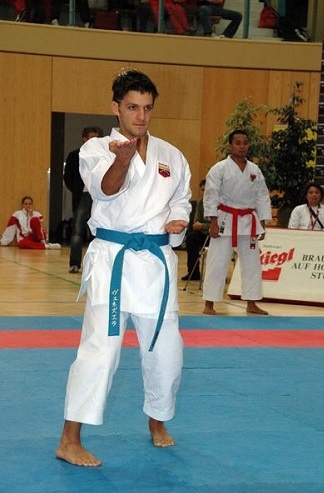 Antonio Diaz represents the Inoue-ha Shito-Ryu Keishinka School in Venezuela. In mid-2018 he founded the Dojo Antonio Diaz in Caracas, his hometown. Speaking of his daily life, Antonio says: "My day revolves around karate... Training is my job,... For me karate has been more than a sport or a physical activity, it is a lifestyle. I have learned values such as respect, honesty, to achieve things with work and effort. Day by day you learn things that not only serve you to compete but to be a better person and I have had the joy of having great teachers who have helped me on that path. 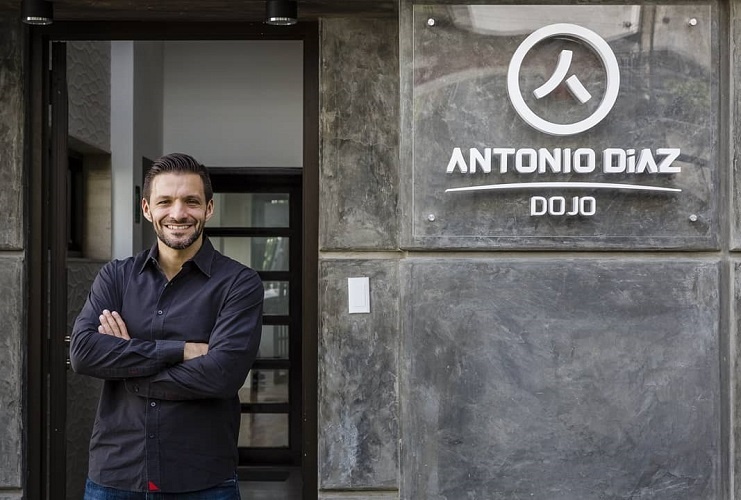 The discipline of Karate was also expressed in the academic life of Antonio Diaz. After many sacrifices, Antonio Diaz managed to graduate as a Social Communicator at the Andrés Bello Catholic University in Caracas. As a consequence of the multiple commitments related to his participation in national and international events, he had to make big effort to obtain a university degree. Athletes at the level of Antonio Diaz must dedicate all their efforts to the practice of the sport. However, Master Antonio Diaz demonstrated that he has the necessary talent to achieve great goals in all areas.

Antonio Diaz is focused on reaching the Olympic podium in 2020 but due to COVID19, sincerely hopes it happens. For the first time karate participates in the Olympic Games and Antonio hopes to realize his dream. During 2018 his participation in international events intensified as a consequence of the qualifiers for the Olympic Games. To date, it is close to the 200 points required to qualify for the Olympics. 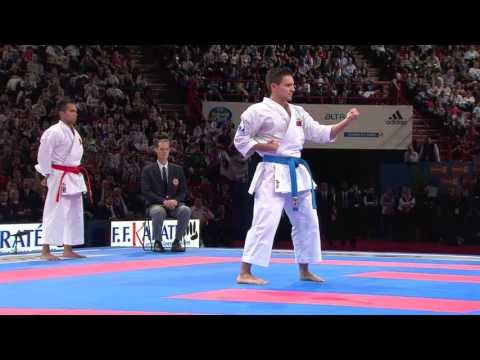