Mary Kom with eight other boxers punched their ticket to the Tokyo Olympics.

India sends her biggest boxing team for the first time to the Tokyo Olympics. Nine boxers represent India at the Olympics stage. Here they are.
By: swetha_vangaveti
Published: 1 Years Ago
Last Modified: 1 Years Ago
Read time: 4 min read
Views  18

It was only in the 2012 London edition when women’s boxing was introduced for the first time in Olympics, that we saw eight boxers hitting the rink. After that, in 2016, we just had three boxers who entered the games but they all returned without a medal. Now, in the upcoming 2021 Tokyo Olympics, India has got the pride of sending nine boxers making it the biggest boxing team to represent the nation in the Olympics so far. Know about the nine Indian boxing champions who are setting their spirits high to clinch medals on the world stage.

Born on 10th February 1992 in the Bhiwani district of Haryana, Vikas is looked up to as India’s one of the most prominent boxing stars. He clinched a gold medal at the 2010 Asian Games in the Lightweight category. In the 2018 Commonwealth Games, he brought home Gold in the 75kg weight category. This 28-year-old Krishan became the second-ever Indian boxer, after Vijender Singh, to qualify for three Olympic Games. 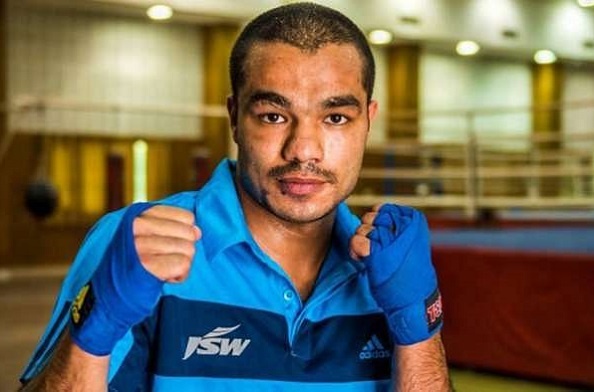 Simranjit Kaur Baatth was born in 1995 and hails from Punjab. She has been representing India internationally in Boxing since 2011. She brought home, bronze, from the 2018 AIBA Women’s World Boxing Championships. She was also a part of the Indian boxing team that won a gold medal at the Ahmet Comert International Boxing Tournament held in Istanbul, Turkey in the 64kg weight category. In the year 2019, she won a gold medal in the 23rd President’s Cup International Boxing Tournament held in Labuan Baju, Indonesia. Having secured her seat at the Tokyo Olympics, Kaur became the first girl from Punjab to participate in the Olympics. 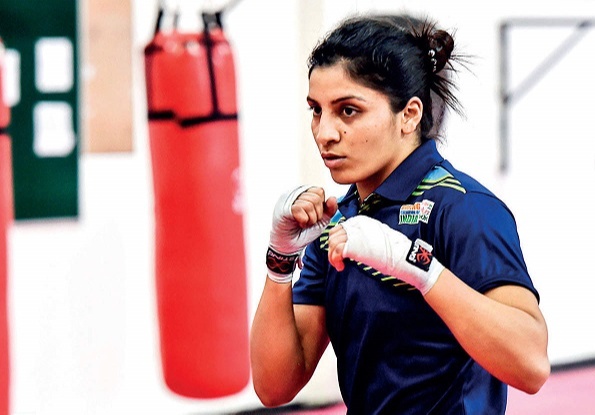 Who needs an introduction to the “Magnificent Mary”? Born on 24th November 1982, Mangte Chungneijang Mary Kom is the only female boxer to have won medals at all of the seven World Championships and the only boxer to win medals at eight World Championships. She won a bronze medal at the 2012 Summer Olympics in the 51kg weight category and was also ranked as the World’s No.1 female light-flyweight by the International Boxing Association amateur (AIBA). She was also the first Indian female boxer to win gold at the 2018 Commonwealth Games. She is also the only boxer to have won the Asian Amateur Boxing Championship six times. This 37-year-old has qualified for Olympics for the second time now and the stage at Tokyo is all set for her. 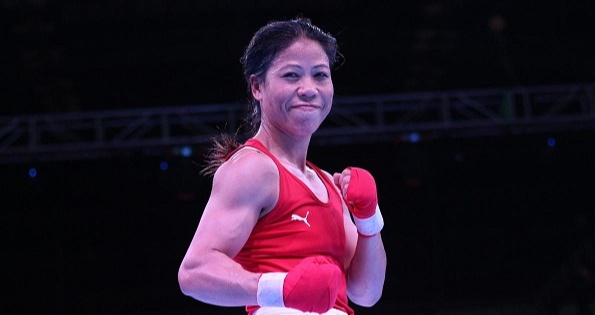 Born on 16th October 1995, Haryana. Amit is an Amateur boxer. In the year 2019, Amit became the first Indian boxer for having won the silver medal at the 2019 AIBA World Boxing Championships in the Flyweight category. He also won a gold medal at the 2018 Asian Games. In March 2020, Amit defeated Carlo Paalam from the Philippines in the 52kg quarterfinal and secured his seat for the 2020 Tokyo Olympics. In December of 2020, Amit clinched a gold medal at the Boxing World Cup 2020 held in Cologne, Germany. 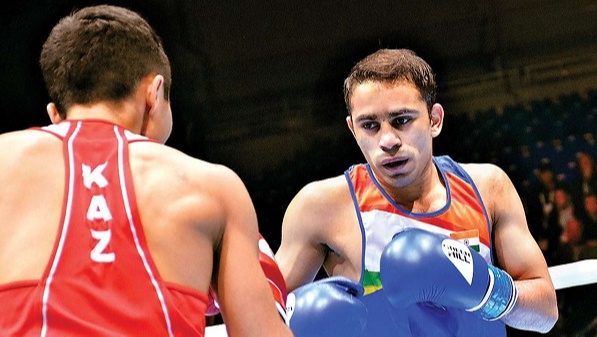 Born on 2nd October 1997, Lovlina is a prominent boxer from Assam. She clinched the gold medal at the 1st India Open International Boxing Tournament held in New Delhi. She went on to bag a silver medal at the 2nd India Open International Boxing Tournament held in Guwahati. She stood 3rd in the 69kg Welterweight category and has become the first woman from Assam to qualify for the Olympics and the second boxer from Assam to represent India after Shiva Thap. This Arjuna award winner won a bronze medal at the 2018 and 2019 AIBA Women’s World Boxing Championships. 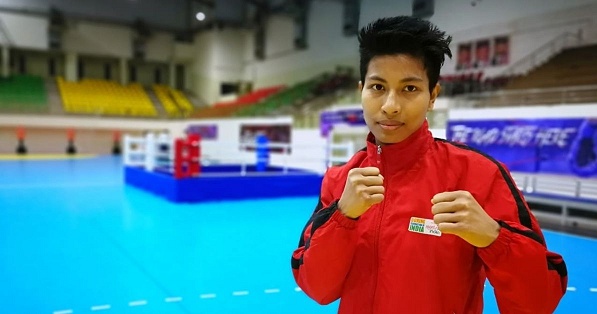 Haryana’s Pooja Rani who was born in 1991 is a middleweight boxer who won bronze at the 2014 Asian Games in the 75kg weight category. She also won gold at the South Asian Games in 2016. This silver medallist at the 2012 Asian Championship won bronze in the 2015 Asian Championship. At the Glasgow Commonwealth Games in 2014, she represented India. Though she failed to secure a seat at the 2016 Rio Olympics, she became the first Indian in 2020 to qualify for the Tokyo Olympics. 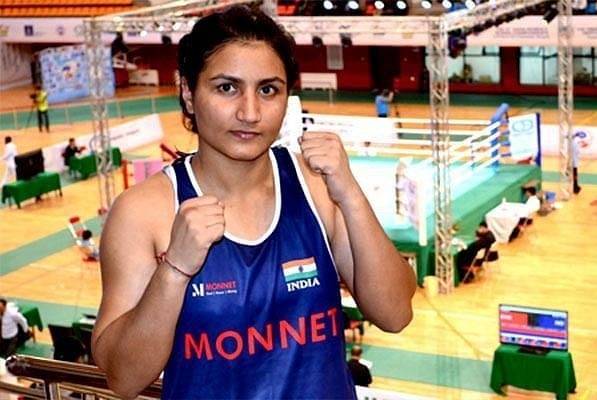 Born on 18th July 1994 in a village called Dhahotu in Mandi district of Himachal Pradesh, Indian amateur boxer Ashish Kumar competes in the middleweight category. Having won a silver medal at the 2019 Asian Championships, Ashish Kumar secured his ticket to the Tokyo Olympics by reaching the semi-finals at the 2020 Asia and Oceania Boxing Olympic Qualification Tournament in March 2020. 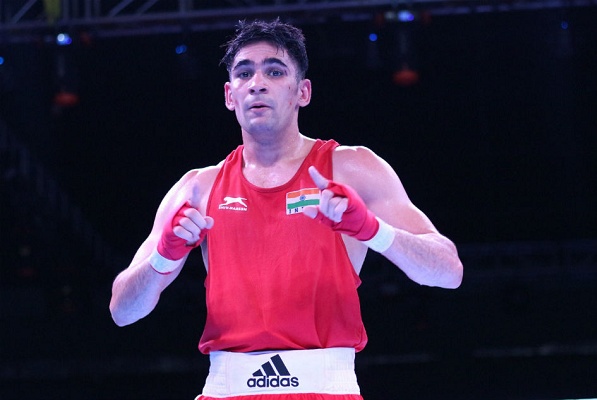 Hailing from Bulandshahr, Satish Kumar who was born on 4th May 1989 is an amateur boxer. He bagged a bronze medal at the 2014 Asian Games at Incheon in the super heavyweight category. He stood as the first Indian boxer for having qualified for the Olympics in the super heavyweight category. This Arjuna awardee qualified for the Tokyo Olympics by defeating Otgonbayer Daivii. 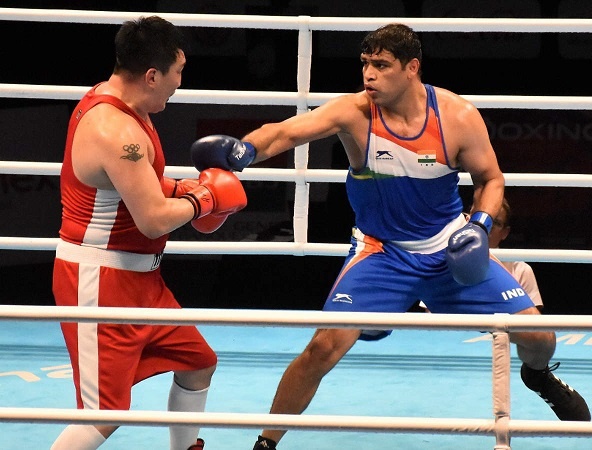 Manish Kaushik, a Haryana based Indian boxer was born on 11th January 1996. He won a silver medal at the 2018 Commonwealth Games in the lightweight division. He also won a gold medal at the 2017 National Boxing games. Employed as a Junior Commissioned Officer with the Indian Army, this potential boxer secured his berth at the 2021 Tokyo Olympics. 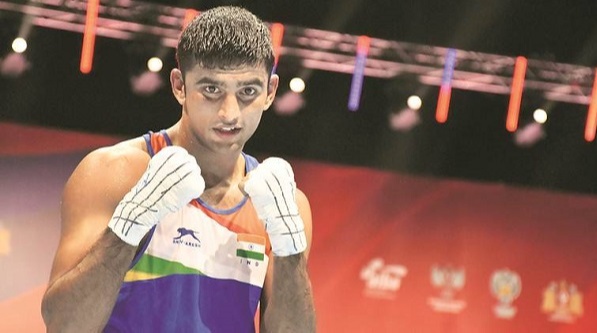 Wow  nine boxers are on their determined journey to make the country proud on a world stage. 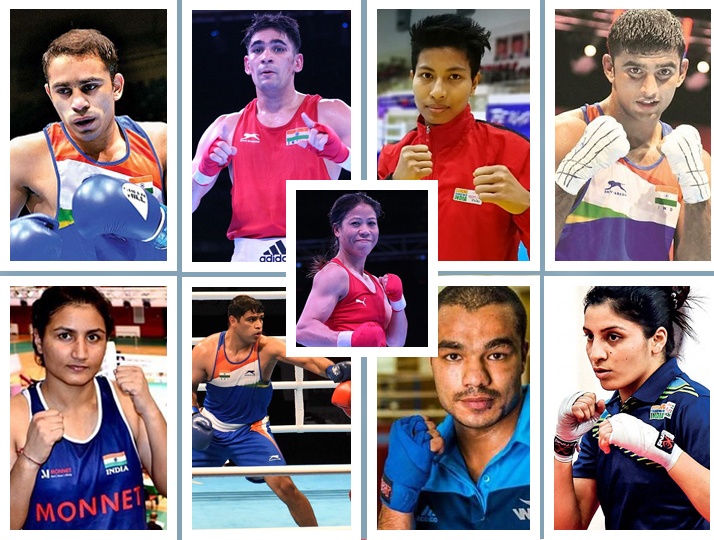 CheckOut:- Four Indian promising archers who are sharpening their arrows to hit the stage in the upcoming Tokyo Olympics