TT players setting their aspirations high for the Tokyo Olympics.

Achanta Sharath Kamal was born on 12th July 1982. He hails from Tamilnadu, India. At the Olympic Qualification tournament held at Doha, Achanta Sharath Kamal qualified with 4-0 after winning against Pakistan's Rameez Muhammad. This would be the fourth Olympic appearance for him who has been competing at the quadrennial event since the 2004 Athens Games. He is also the first Indian table tennis player to become nine times Senior National Champion. With this, he broke the record of eight times National Champion Kamlesh Mehta. In 2019, he was awarded the Padma Shri, India's fourth-highest civilian award. As of May 2021, his ITTF world ranking is 32. 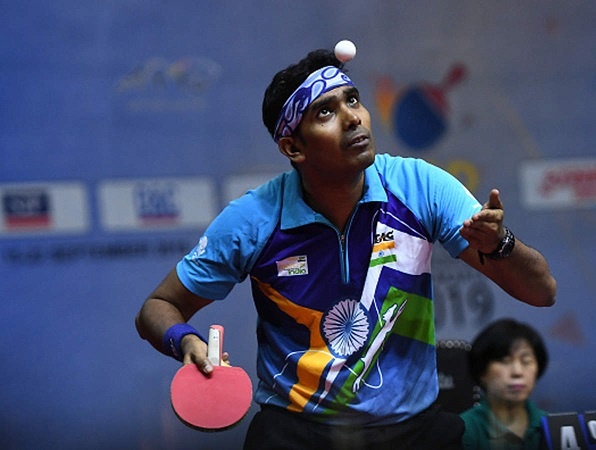 Manika Batra was born on 15th June 1995 and hails from Naraina Vihar in Delhi. She began playing table tennis at the age of four. In 2011, she won the silver medal in the under-21 category of the Chile Open. She went on to represent India at the 2014 Commonwealth Games at Glasgow and at the Asian Games where she finished quarterfinalist. She bagged three medals at the 2015 Commonwealth Table Tennis Championships, silvers in the women's team event and in the women's doubles event (with Ankita Das) and a bronze in the women's singles event. She later won three gold medals at the 2016 South Asian Games. Batra walked her Indian women's team to win a gold medal in the final at the 2018 Commonwealth Games in Gold Coast, Australia. On 12th December 2018, she became the only Indian to receive "The Breakthrough Star Award" by ITTF. 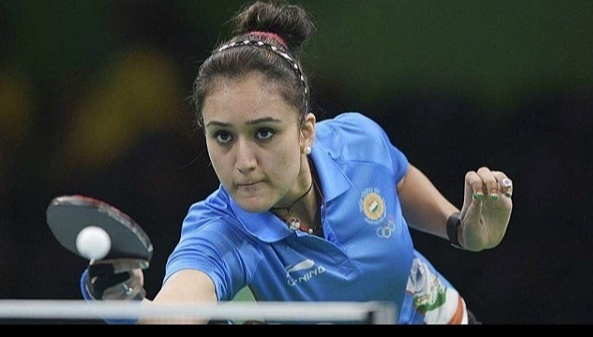 The Player Of Prominence - Sathiyan Gnanasekaran:

Sathiyan Gnanasekaran was born on 8th January 1993 in Chennai, Tamil Nadu. In September 2016, he won the ITTF Challenge Belgium Open title in the men's singles category. In 2017, he won gold in the ITTF Challenge - Spanish Open, held in Almeria in the men's singles category. He thus created history by becoming the first Indian Table Tennis player having won two ITTF pro tour titles. In April 2018, he brought home three medals from his debut Commonwealth Games held at Gold Coast, Australia. He also won a historic bronze medal at the Asian Games 2018 held in Jakarta. In September 2019, he defeated the Japanese prodigy Harimoto Tomokazu in straight sets at the Asian TT Championships 2019. In the same event, he also became the first Indian ever to reach the Quarterfinals in the Men Singles category after a gap of 43 years. In 2019, On Friday, 29 November, Sathiyan made his debut World Cup appearance and defeated higher-ranked Frenchman Simon Gauzy and beat world number 24 Groth Jonathan of Denmark, to reach the round of 16 in the 2019 ITTF Men's World Cup. In May 2019, he was ranked at world number 24 and became the first Indian paddler ever to break into the World Top-25 ITTF rankings. He also became the first Indian paddler to sign a contract with Okayama Rivets for the Japanese T-league. Sathiyan is an employee of ONGC and is currently supported by the GoSports Foundation through the Rahul Dravid Athlete Mentorship Programme and is managed commercially by Baseline ventures. He is the proud recipient of the Arjuna Award in 2018. 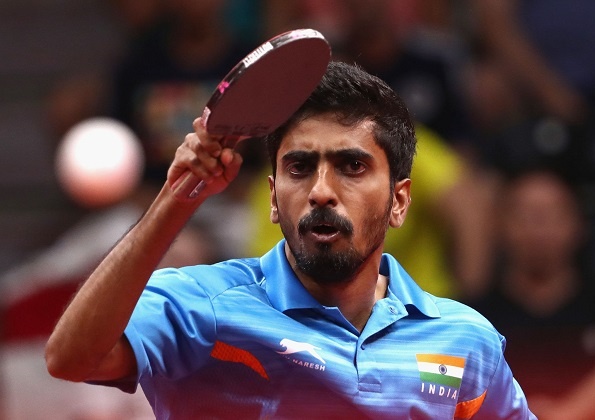 Suthirtha Mukherjee was born on 10th October 1995 in Naihati, Kolkata, West Bengal. She has won two national singles titles in 2017 and 2019 and was also a part of India’s gold-winning women’s team at the 2018 Gold Coast Commonwealth Games. In April 2020, she made her way into the top-100 of the world rankings, a year after she was ranked 502. Sutirtha Mukherjee's first major tournament was the Women's Junior World Championships held in 2013. Mukherjee, who is regarded as an extremely attacking player and a right-handed paddler tells that her favourite shot is the backhand smash. In the Ultimate Table Tennis event, she represented U Mumba and won all the six matches that she played with four golden points, 17 super serves. There, she beat major competitors like Petrissa Solje. At the Asian Olympic qualifiers, Sutirtha managed a 4-2 victory over Manika Batra to secure a place in her first-ever Olympics. For this, she received congratulatory messages from Kiren Rijiju and several notable athletes across the country for beating the current No.1 Indian woman player in Doha. "Playing the Olympics is my dream, and I have waited a long time for it. It’s the last step for any athlete.”, she said. 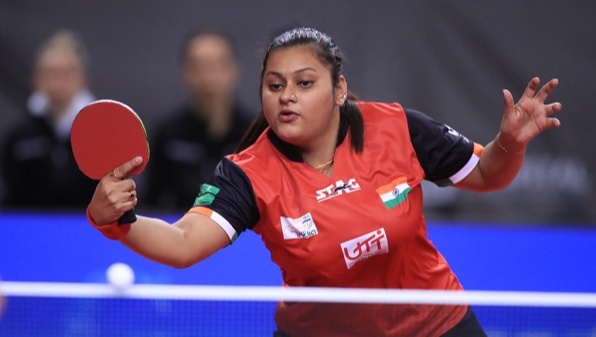 Hats off to all the four Indian table tennis players who made it big so far. While you sharpen yourself to steal the show on the big stage, we, on behalf of the whole nation, wish you the best. 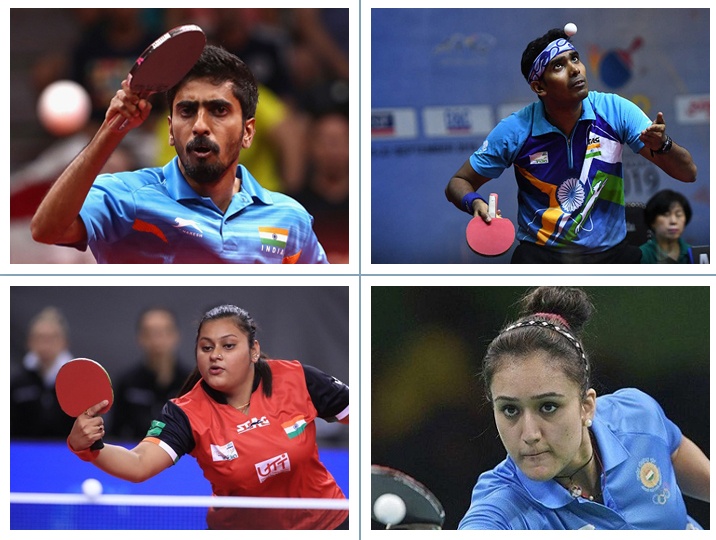