India's golden generation brings great satisfaction to the nation, with every effort, with every triumph in all fields of knowledge, art, science, and sport. Villages, districts, and the entire country are filled with pride in the achievements of young talents who bring great honors to the nation. The young soldier Thonakal Gopi not only dedicated his life to the service of India but also assumed the responsibility of bringing glory to national athletics.

Thonakal Gopi was born in Wayanad, Kerala in 1988. His parents are farmers and Gopi grew up running around in rice and ginger fields, helping his parents and enjoying the outdoors. He studied at Kakkavayal Senior Secondary School and then entered the Athanasius College of Sea Economics in Kothamangalam. 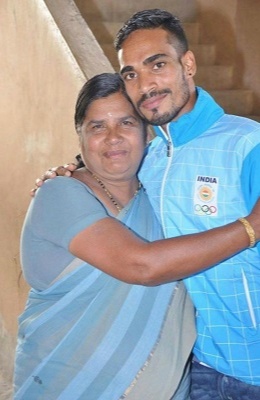 However, the life of an economist was not the aspiration of Thonakal Gopi, he loves the outdoors. At the age of 21, he was accepted into the Indian Army and left the university to join the Army. He started as a Havildar at the Army Artillery Center in Hyderabad and managed to pass the demanding 9 months of compulsory Army training, to achieve his incorporation as a soldier.

From Soldier to Olympic Athlete

The state of Kerala holds the record for having the largest number of athletes in all of India. Within this contingent of gold athletes, there is Mr.Gopi, the only Indian athlete to win a gold medal in the Marathon competition at the South Asian Games. 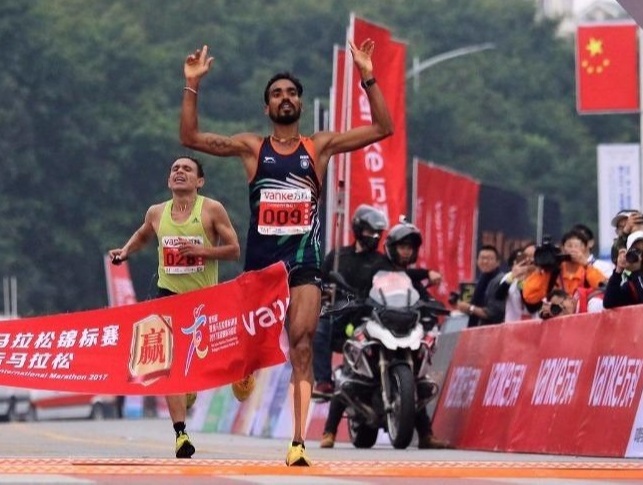 Since 2014 this soldier of steel has been winning on the track. That year he won first place in the 10,000 meters during the National Open Athletics Championships, held in New Delhi.

Later in 2015, Mr. Gopi participated in the Airtel Delhi Half Marathon event achieving second place. By 2016 he was ready to run in bigger events and participated in the Mumbai Marathon where he won second place and a spot for the South Asian Games held in Guwahati, India.  During the South Asian Games, he won gold and a place as India's representative to the Rio de Janeiro 2016 Olympic Games.

For the love of sport

Mr.Gopi's participation in the Mumbai Marathon 2016 was planned to serve as a pivot for marathoner Nitendra Rawat, who was vying for a spot in the Rio de Janeiro 2016 Olympics. It is not normal for a 10,000m athlete to participate in a 42km marathon. The surprise was enormous when Mr. Gopi ran the entire marathon and achieved second place just behind Mr. Rawat. Both of them qualified for the Rio de Janeiro Olympics. 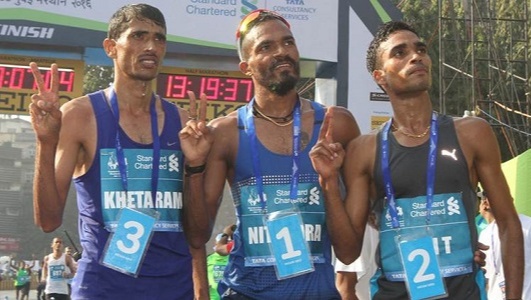 The Indian coaches discovered that surprisingly within the track team was a steel athlete, who, without specialized training to participate in the marathon, managed to achieve the victory. The results of the Olympics confirmed the outcome by ranking Mr. Gopi among the 25 fastest marathoners in the Olympics.

It is well known that athletes manage to develop their sporting life on the big international stage when they find sponsors. The life of a track athlete involves investments in shoes and a diet rich in protein that keeps the muscles ready for action. But that is not the case with ThonakalGopi. Since 2016, the big winner of the Asian Games in Guwahati has no sponsorship and his own income covers the costs of training and staying in top condition to compete in world-class events. Only the Indian army is accompanying him in this titanic effort.

The steel athlete on the track is a loving son in everyday life. Mr. Gopi sends home money every month to help support the family. In the absence of sponsors, this athlete invests 10,000 rupees every month on sport's shoes.

Mr. Gopi as a soldier carries out the tasks assigned to him by his superiors in a disciplined manner and since 2014 he represents India and the best of the Army in world-class athletics. In 2017 he won a silver medal at the South Asian Games. In 2019 Gopi emerged victorious in 10,000m race at the 2019 National Inter-State Championships.

Many people said that Mr. Gopi's sports career would not bring any major victories after the 2016 Olympics, yet this steel athlete never ceases to amaze the nation and make his family and Kerala proud. The world still has a lot to learn about the achievements of the Soldier of Steel.  He's ready to participate in the next Olympics.