Silver for the Veggi vendor’s son at the Para Tokyo 2020. Nation proud and Celebrations begin.

A para-olympian jumper never gives up. Recepient of Padma Shri and a Arjuna awardee. Preparing to bag a medal at the up coming 2020 olympics.
By: manjula_banerjee_canada
Published: 2 Years Ago
Last Modified: 1 Years Ago
Read time: 5 min read
Views  69

“The strongest warrior is someone who understands when to remain calm, weep his tears for a while, and then he takes up his sword and battles anew.”

That was his jump of confidence that drove a dauntless, committed youth from grief and hardship to a universe of chances and faith. On the day of September 10th, 2016,  Mariyappan Thangavelu jumped 1,86 meters into the male's long jump T-42 contest at the paralympic games held in Rio de Janeiro, he managed to take the highest plunge which became the most noteworthy hop of his life. Mariyappan Thangavelu was one out of four sportspeople to have suggested for the Rajiv Gandhi Khel Ratna puraskar.

The gold decoration that 21-year-old Mariyappan succeeded at the occasion has ended up being the silver superstar of his life. He is India's sole Paralympic medal winner following 2004. Consecutively, the Indian Government declared the "Padma Shri" grant for his commitment towards sports on 25th, January 2017, and in the equivalent year, he was additionally granted Arjuna Award. 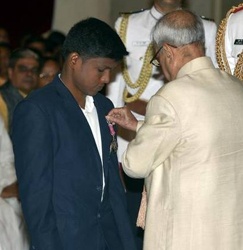 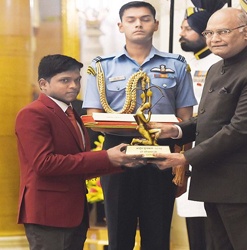 More than an inspiring mentor…..

His enterprising coach, Satyanarayana, hits the bull's eye on how life has changed for Mariyappan after his great feat. Deserving of a Dronacharya Award, Satyanarayana epitomizes what it means to be a mentor and guide. He discovered Mariyappan for the first time in 2013, at Bangalore where this young fellow came to compete in the National Para-Athletes Leagues in India. Satyanarayana, as a sharp eye mentor, quickly captures Mariyappan’s potential. Himself, an international competitor, represented  India multiple times on the global level. His only desire is to upgrade much more talented sportsmanlike Mariyappans. Like any great mentor, Satyanarayana knows the qualities and shortcomings of his wonders. 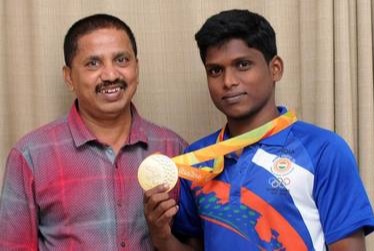 He stated, "Mariyappan's right toe always played a vital role and motivates him constantly for his high hop. We need to take care of it appropriately by guaranteeing it is constantly kept clean and protect  it  from getting contaminated.

Mariyappan always realized his responsibilities towards sister Sudha and two more youthful siblings Kumar and Gopi. Following his Paralympic win, Mariyappan utilized a portion of his prize cash to purchase a paddy field for his mother, so his family could appreciate a more steady wellspring of pay, and used his rewards to create a decent house for his family, storing the rest of the aggregates in a record. In August 2017, Mariyappan expressed proud feelings for his neighbors, who treated him with incredible regards. 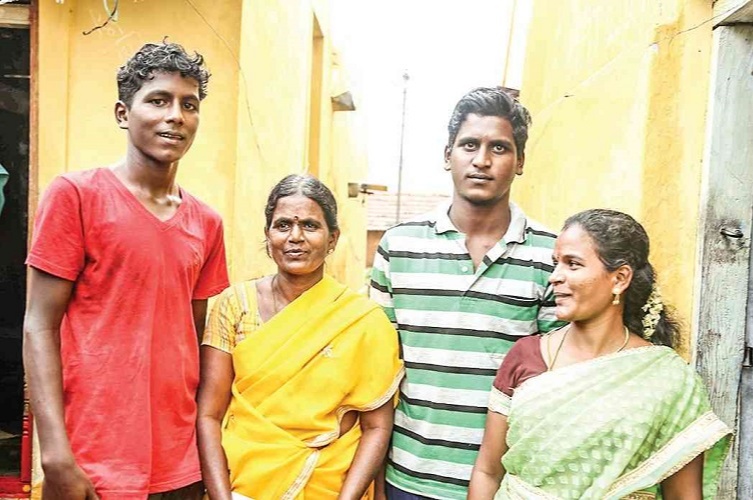 From dark to bright……

Mariyappan among six siblings was born on June 28th, 1995, in Periavadagampatti town, Salem region, Tamil Nadu. His dad allegedly left behind his family in darkness, at an early stage. Still, his mom, Saroja, brought up her kids as a single parent, carrying blocks as a worker until turning into a vegetable vendor, acquiring ₹100 (US$1.40) per day. 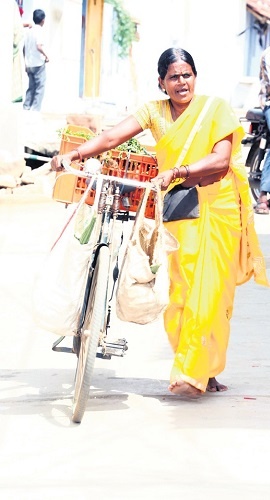 At five years old, Mariyappan endured lifelong injury in his right leg when he was driven over by an alcoholic transport driver while strolling to class; the transport squashed his leg underneath the knee, leading him to stifle. Regardless of this mishap, he finished his schooling.

Since then, he has never looked back……

After the mishap, Mariyappan lives with a disfigured wide right toe, which he purposefully calls "God,” as he trusts it is a result of the toe that he can accomplish his award-winning bounces. 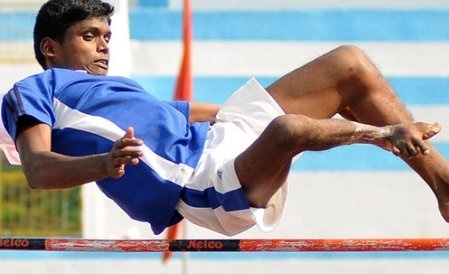 From misery to trust in school, Mariyappan effectively participated in every sports activity much after his mishap and could give the capable understudies hardened rivalry. He used to play volleyball. During an occasion in school, there were no sections in the high bounce class, and Mariyappan was moved to high hop by his school sports educator," says Satyanarayana. From that point forward, there was no thinking back for Mariyappan. Throughout the year before the Paralympic games, Mariyappan had a strenuous Satyanarayana practice session. He left his studies behind for sports. Satyanarayana had revealed to Mariyappan's mom that her child would bring them a glorious golden future for all of them.

Garbed in a national jersey.....

In 2015, he finished a four-year certification in the business organization from AVS College of Arts and Science. He intends to complete an MBA from a similar establishment. Mariyappan sits quietly, soaking up all the applause on the stage of the Indian Inclusion Summit. As the famous pace painter Vilas Nayak paints on stage Mariyappan 's image of Bollywood's Bhaag Milkha Bhaag album, the cheering from the crowd hits a climax as the final touches applied to. 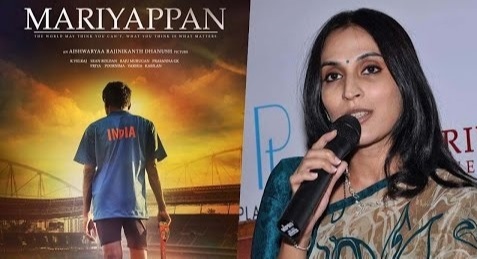 When you know the only thing that is in any way relevant in life is how you make things advantageous for you, in any event, when you feel there's very little expectation.

A flag bearer’s achievements and awards …..

In October 2018, he secured a title from the crowd as " a  flag-bearer" for the 2018 Asian Para Games organized in Jakarta. On 7 December, he was offered a Group A post as a mentor with the Sports Authority of India. An eminent gold medalist at the 2016 Summer Paralympics. He likewise granted by Padma Shri (2017) - fourth most noteworthy Indian national respect, Arjuna Award (2017) - second most noteworthy Indian brandishing honor, including a money grant of ₹5 lakh (US$7,000).

Tamil Nadu's government granted him Rs 2 crore after his triumph. Likewise, he hailed by numerous governmental institutions and companies, and like his mentor states, he is crorepati now. He purportedly gave Rs 30 lakh from his prize cash to his school.

Many such desires yet to accomplish!!

The mentor and geeks are preparing him for the upcoming London World Championships next year July. Mariyappan remains at Satyanarayana's foundation in Bengaluru close to the Kanteerava Stadium alongside a couple of different competitors to prepare with a determined core interest. Finally, with the same zeal, Mariyappan confidently claimed, "we'll be home with lots of medals — And he did with the glorious Silver at summer Paralympic games at Tokyo in 2020. 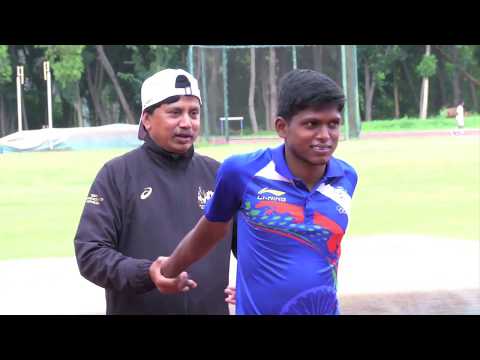