From school to TV

Traditionally, news presenters are charismatic people, who practice and vocalize for hours, to present their best angle to the cameras and attract the viewer to stay in the channel where the news is transmitted. This traditional way of seeing the news presenter is a thing of the past, after the extraordinary presentation of news made by the visually impaired boy Mr. T Sriramanujam in 2015.

He appeared on TV when he was only eleven years old, with the singularity that he is blind. This young man possesses the charisma, the perception and the understanding of the world that he acquires through his fingers, reading and applying the Braille method. Since he was nine years old, he has been listening to news and imitating presenters, trying to achieve the modulation of voice and the capacity to generate emotions and expectations, just like the experienced presenters of Lotus News Channel do.

The News Boy’s sensitivity was felt by viewers as he recounted the tragedy in Nepal as a result of the terrible earthquake that struck the region. Sriramanujam got the opportunity to present news on the television network Lotus News, who trained him in multiple sessions with the methods of news presentation, voice modulation, body expression, generation of expectations in the viewers. 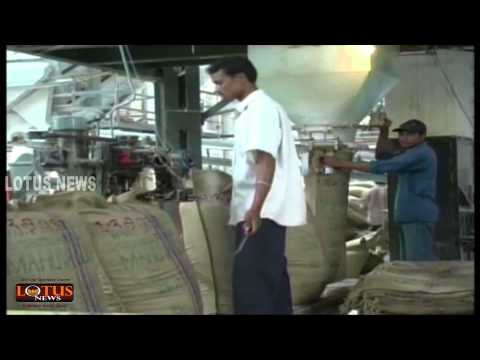 What is truly extraordinary is that Sriramanujam reads using the Braille method, and even more remarkable is that he possesses the stage control necessary to attract the audience and keep them focused on what the narrator expresses, with the plus that Sriramanujam's absence of vision gives him the possibility of capturing details that people tend to ignore.

This boy comes from the village of Paraipatti, in Palani, where his parents are agriculturists. From an early age, his parents have treated him like a completely normal person, encouraging him to follow his dreams and live life to the fullest.

The News Boy is the son of an exceptional lady, Mrs. Kalaiarasi, who says, "My plea to all parents is that if they have a special child, they make him a winner. Dis-ability can turn into Super-ability if the child gets ample support and love to accomplish what a normal child could otherwise accomplish.

Becoming of the “News Boy”

The objective of Lotus News was the promotion of eye donation, what they never expected was that Sriramanujam's presentation would transform him into The News Boy. "We have seen many families where children with visual impairment are not sent to school. Those children, denied an education, are forced to depend on others to live" said Lotus Channel President G.K.S. Selvakumar.

The Lotus News television network is characterized by breaking with traditional schemes and providing opportunities for people who do not satisfy the traditional schemes of television. On this occasion they opened the doors to a blind 5th grader, but with the potential to become one of the world's youngest news anchors, he is also the world's first blind news storyteller.

Inspiring from the News

Mr. Sriramanujam, at the age of eleven, demonstrated that a disability does not define a person; it is his qualities and the strength of character that makes a person successful. The News Boy’s presentation shocked Indian society, as no one was prepared for the poise and poise with which this young man would assume his role as a presenter. As a result, Lotus News incorporated him into its team of news anchors and has a weekly television show.

T Sriramanujam is a perfect example of the 21st century winner's generation in India. The News Boy does not see the world, but the world sees him. Now 14 years old, he recalls his first TV experience as terrifying and rewarding: "I was shaking with fear when I read the first news. But by reading it, I gained confidence and read the remaining 30 pieces of news in my half-hour space covering national, sports and entertainment news," Sriramanujam said.

The News Boy is now an anchor of Lotus News, the Coimbatore-based television network. For three years, this perceptive and focused young man has managed to serve as part of the Lotus news storyteller plant.

A much required Break

Sriramanujam is appearing for his 10th Boards in 2020 and has taken a long break. He is dearly missed by his fans and colleagues who wish him well for his exams and eagerly await his return