Siddharth Srivastav Pilli is the first young man from Hyderabad, has been hired as a data scientist in the software company Montaigne Smart Business Solutions.
By: milagro_vina
Published: 2 Years Ago
Last Modified: 2 Years Ago
Read time: 3 min read
Views  1k

The millennium generation in India is the generation of innovators, of entrepreneurs who challenge all parameters, there is no age, no origin, no shortage of resources that can with the ingenuity of India's gold generation. Siddharth Srivastav Pilli, a 12-year-old class 7 student, is the first young man from India to be hired at such an early age to serve as a data scientist at the prestigious software company Montaigne Smart Business Solutions. Siddharth, a 12-year-old scientist is a software developer from the Gold generation. India is demonstrating every day the meaning of constituting a country of gold, due to the triumph of the new generations who express the heart of a country that has struggled to place itself on par with the most advanced countries in technological developments. Those countries have the technology, but India has the brightest minds.

Siddharth is a student at a technical school in Sri-Chaitanya in Hyderabad, where he learned the basics of programming and data science. But the real roots of the young Siddharth's software knowledge come from his father who learned on the web about software development and artificial intelligence: "The person who helped me a lot to get a job at an early age is my father, who used to show me different biographies and teach me how to code. Everything I am today is because of him," Siddharth says. The achievement of the young Pilli is the achievement of a family who for years learned the importance of new technologies and that these should be in the hands of children from very early ages. They are the children of the millennium.

From a very young age, Siddharth was passionate about online games and proposed to build his own game, an initiative that led him to be hired by a prestigious software company. Asked about the people who inspired him, he acknowledged his father and then Mr. Bakshi: "My greatest inspiration to join a software company is Tanmay Bakshi because he got a job at Google at a very early age as a developer and is helping the world understand how beautiful the Artificial Intelligence (AI) revolution is," Siddharth adds. Siddharth is a demonstration of the great effort the Indian nation has made for decades. Families learned to commit to the education of the children of the new millennium and new technologies. Thus Siddharth's generation developed skills and abilities that lead them to great achievements from a very early age.

For the children of India's Golden Generation there are no obstacles they cannot overcome, no challenge they cannot bend. The power of the Gold generation comes from the vision of a country that became a power. The essence of this generation is found in Siddharth's words: "I am 12 years old and I have been very passionate about coding since I was young. I started coding with Java and am now working to master data science, machine learning and artificial intelligence.

The challenge that the young Siddharth set himself is not an easy one to achieve. Data science is a discipline that arises as a result of the avalanche of data produced every day in the Internet. The millions of data generated every minute require complex algorithms and statistical techniques that make it possible to understand them and make them useful. It is in this complex area where the young Siddharth hopes to achieve his greatest achievements, applying the knowledge obtained to the development of robotics and artificial intelligence. 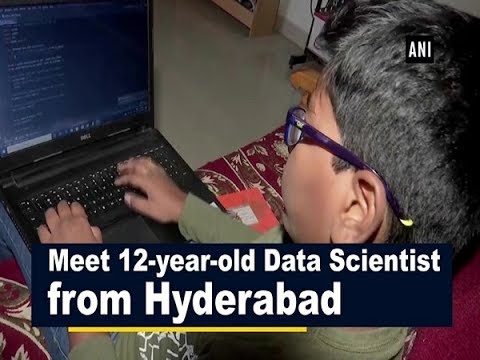 For Siddharth, learning to code was a game that required perseverance, concentration and overcoming everyday challenges. Coding is a science and an art. From codes comes the beauty of a virtual creation, which in Siddharth's case, was expressed as a game, a fun game that he transmitted from his own YouTube channel. As a blogger every day he creates new entries that defy convention and challenge adults. One of his most famous posts was titled 'Why children have more intelligence than adults'.

Siddharth is part of the lineage of children who treat the challenges of humanity as commitments to be met today. Humanity faces very serious problems, requiring brilliant creative minds open to original solutions, such like Pilli's mind. Siddharth is just beginning his career as a scientist and already believes that the answers to the great challenges of humanity must be sought in the now, in the immense ocean of data that need to be processed and that are only waiting for the brightest minds of humanity to achieve it.

Pilli showed the world that it's not about age, it's about the intelligence of a nation expressed in the mind of a little genius.