Ahmadabad School of Design student wins a Bronze at the World Skill 2019 in graphic design.

For centuries Indian women have excelled in art, science, economics, politics, sports and multiple spaces and social realities. The construction of the great Indian nation rests on the shoulders of women fighters, scientific pioneers, producers of the field, edges and innovators in a myriad of activities. All these activities accompanied by the sacred role of being mothers, grandmothers and family leaders. So it is not surprising that Shweta Ratanpura at just 22 years of age won the World Skills competition in Kazan, Russia.  However, her triumph is a source of pride for the entire nation, especially as she is the first Indian woman to achieve this. 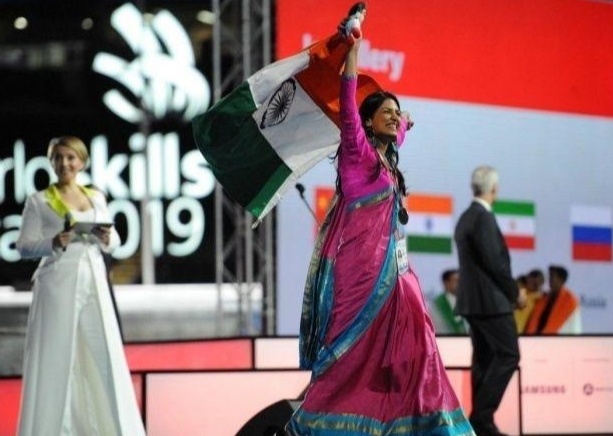 India's glorious history is marked by impressive artistic works and it is here that Shweta Ratanpura's talent finds inspiration. The history of a great nation full of artistic creations that tell its story through painting, gastronomy, sculpture, textile making, technology and especially in the magic of color. The color that led the talented Shweta Ratanpura to achieve success with a bronze medal in the category of graphic design.

The arduous preparation for the competition

Miss Ratanpura explained to the press that it is not only about being an artist, but you also have to be physically and mentally prepared to participate in graphic design events. These events involve long workdays, long hours without interruption: "you eat fast, you drink water fast because there is no time to lose to achieve the goal of presenting the finished works" she says.

The event required competitors to demonstrate creativity, innovation, and identification with the brand they are promoting. The client must achieve the satisfaction that the industry demands from graphic design professionals in the real world. In this case, the client was the evaluator of the competition.

Shweta explained that their achievements open the way for people to become interested in the incredible world of graphic design: "Indian families know little about this profession and it is important that parents support their children when they choose unconventional careers," she said.

Young innovators from India to Kazan

Shweta Ratanpura, who comes from the Ahmedabad School of Design, won a medal in the demanding tests in which 1350 artists from 63 countries participated. The competition involved skills as different as aesthetics, gastronomy, and design. Miss Ratanpura managed to excel in the area of graphic design.

In the rigorous competition, 48 artists from India participated, obtaining 19 awards that included a gold medal in the discipline of water technologies, a silver medal in web technologies; and bronze in jewelry and graphic design. Significantly, the Indian dream team won awards in graphic design and web technologies, two areas that are closely linked today. These achievements are the triumph of technology and innovation education in Indian institutes of technology. 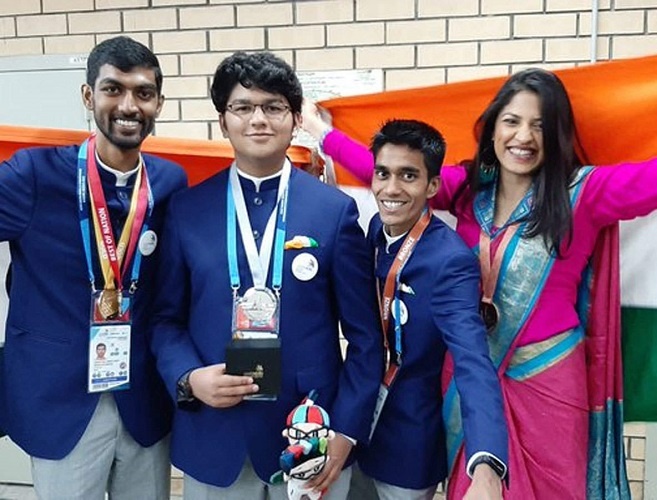 The achievements of this team of young innovators during the Kazan competition were recognized by the authorities of the Ministry of Skills, who noted: "By opening a path of glory for India on the global stage, the 48-member Indian team returned with the best result in the World Skills International Competition 2019 in Kazan, Russia, by winning 19 medals and medals of excellence.

With a bronze in the graphic design discipline of the World Skill, Shweta raised the Indian flag for the first time in the hands of a woman in such a difficult art. Skill competencies encompass the arts that are the foundation of industrial development. It is in the areas of microtechnology, where young and novice entrepreneurs demonstrate their abilities to meet the demands of India's industrial development. Indian officials are currently engaged in strong campaigns to train and encourage innovation: "We have undertaken several initiatives to provide opportunities for the workforce, including high-profile international recruitment to improve their skill levels," say officials.

Shweta Ratanpura represents the ability, intelligence and creativity of India's innovators, all of whom are very young. Parallel to the Kazan 2019 World Skill, the international event of Ministers of Skills Development was held, on that occasion Dr. Mahendra Nath Pandey,  Honourable Minister of Skills Development and Entrepreneurship (MSDE) of India, referred to this potential of India: "India is a young nation with an average age of 27.6 years. We will have the largest working population during 2022-2034. We have adapted global training standards to strengthen the young workforce with competent skills," he said.

The future of Shweta Ratanpura

Job offers for Shweta Ratanpura have been coming in constantly, since her victory in Kazan, 2019. She hopes to continue specializing and has not yet decided on any of the job offers: "I have to think very carefully about the path I should take, of course my dream is to enter the big industry, but preparation is as important as winning the competition. I am grateful to my honorable teachers at the Ahmedabad School of Design for pushing me on this path," she said.

What is clear is that Shweta Ratanpura's future professional life shines with the star of success.