Who can beat three Olympic golds record by the God of Hockey. Tokyo team is all set for the show.

When Indian teams are marching with their hockey sticks to the Olympics stage, let's remember the God of Indian Hockey.
By: swetha_vangaveti
Published: 1 Years Ago
Last Modified: 1 Years Ago
Read time: 3 min read
Views  93

Talks on Tokyo Olympics are all in the air and we felt to dig back to decades before to revive the memories and inspiration left behind by the legends, the pioneers, and the forerunners of Indian sports. While we are looking at the Indian hockey teams selected for the Tokyo Olympics, we felt like bringing back to you, the story of the man who is prominently known as “The Wizard” or “The Magician” of hockey. His excellent ball control, the outstanding records he set in the game made him the God of Hockey. Enjoy this read.

Dhyan Singh was born on the 29th of August,1905 in a Rajput family to Sharadha Singh and Sameshwar Singh. Sameshwar Singh was associated with the British army and played hockey for the army. Dhyan Singh had two brothers, Mool Singh and Roop Singh. Owing to his father’s transferable job, Dhyan’s family used to live in various cities because of which Dhyan’s education faced troubles. However, he graduated from Gwalior’s Victoria College in 1932. Dhyan Singh, who hadn’t played serious sports since the beginning, however, used to love wrestling. When he lived in Jhansi, he played casual games with his friends. However, it was only after he joined the army that he held the hockey stick tight and never left it again. He played the game so intensively that he practised it after his duty hours in the evening under the moonlight. Ever since then, he procured the name Dhyan ‘Chand’ (Chand means Moon) for his practice under the moon every evening.

Between 1922 and 1926, Dhyan Chand participated in numerous army hockey events and regimental games. His excellent performance made the force send him to represent the Indian army team in New Zealand in 1926. There, the team won 18 matches and two were a draw, losing just one. This historic win on the international platform got immense fame to the team and to Dhyan Chand in specific. Upon his return, he was elevated as Lance Naik in the Punjab Regiment of the British Army.

It was 1928. Hockey was included freshly in the Olympics and back in India, the Indian Hockey Federation was newly formed. IHF decided to send the best team from India to the Olympics in Amsterdam. To select the team, IHF organized an inter-provincial tournament in which five teams viz. Punjab, Bengal, Rajputana, United Provinces and Central Provinces participated. Dhyan Chand was allowed to participate under the UP team as army sides didn’t take part in the tournament. Dhyan impressed the selectors and awed the spectators with his performance giving tough fights to the opponent teams. At the 1928 Olympics, he stood as the top scorer who secured 14 goals in 5 matches clinching gold, the first medal from the first-ever international prestigious event. The next Olympics were organised in 1932 in Los Angeles. This match too was in the magician, Dhyan Chand’s hands. Along with his brother Roop Singh in the team, Dhyan Chand gave his best in the Los Angeles games and brought gold for the second time. In the 1936 Olympics held in Berlin, Dhyan Chand was named the captain of the side. There again, the Indian team scored a total of 38 goals and bagged Olympic gold thus creating a hat-trick at the Games.

The Man Who Shaped The Face Of Indian Hockey:

After the 1936 Berlin Olympics, Chand just played army hockey joining the regiment. He retired from his army service in 1956 as Major Dhyan Chand. He was also honoured with the third-highest civilian award, Padma Bhushan in the same year. He started to take up coaching and acted as the chief coach of the National Institute of Sports (NIS), Patiala. His birthday, 29th August is recognised as the National Sports Day. The government also released a commemorative postage stamp and the First-Day Cover in his honour. On his name, The Dhyan Chand Award for Lifetime Achievement in Sports is being given away to those who extend their exceptional contributions in the field of sports. New Delhi’s national stadium was also named after him. When someone reminds us that he died in 1979, we say Nay! He didn’t. He is still alive in every sportsperson’s victory, in every bit of Indian National Anthem being played on the world stage, in every aspiring sportsperson’s desire to bring laurels to their nation.

On this note, we salute the legendary Dhyan Chand and sign off. 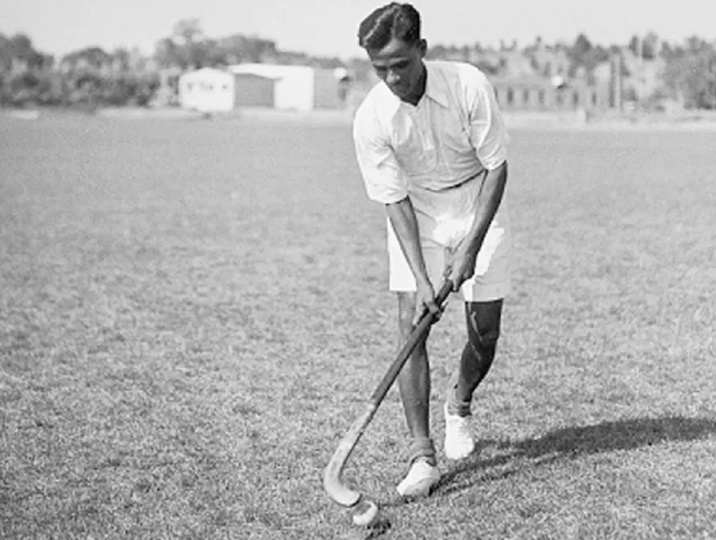