Bullied for being fat, he lost 55 kgs, owns “Whey protein”! Wins the Mr Tamilnadu and Mr Chennai contests. “Do what YOU need. Focus on YOU”- a strong message..
By: swetha_vangaveti
Published: 2 Years Ago
Last Modified: 2 Years Ago
Read time: 4 min read
Views  82

If I have to transform myself, I should prepare my mind first. I should convince my mind to believe that I can transform myself. Because mind is everything. When we get bullied because of being obese, we have two options- either sit and cry or to choose to work upon ourselves and slap those who bullied with the results of our hardwork. Most of the people sit and crib about the wrong but very few choose to rise above it. Haresshvar Sakthivelu, a fitness and wellness coach has chosen the second alternative.

Haresshvar was obese (115kg) until his 12th standard. He never did any physical activity and always ate junk.

He was bullied and insulted for his plumpness all his childhood. So, he made up his mind and set to make his body fit. He started working out but failed many a time. He gave up all his favourite food items as well. That boy who has never done a physical activity opted to sweat out and eat right. 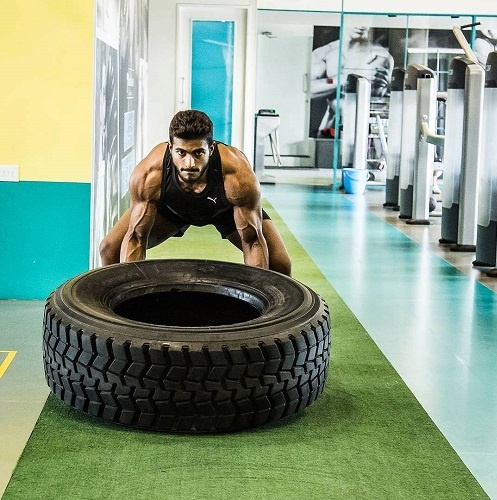 When he started his fitness journey, like many people with little knowledge about it, he also fell prey to a few misguiding words and unfruitful training. It was then when he met Biglee Murali under whose training, Haresshvar turned into a physically fit and mentally confident individual. It was under his intense and honest training that this Mr.Flabby won the title of Mr. Tamilnadu in 2017. 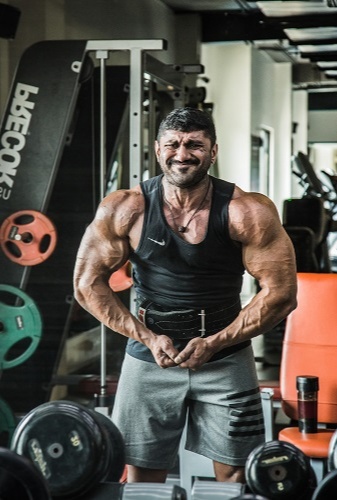 His Achievements According To Him:

When someone has to talk about achievements, s/he generally talks about the awards and the recognition received. But Haresshvar's version of achievements is interesting. Let's take a look.

* Shredding 10kgs in a month was his first achievement. After numerous futile attempts, the fitness magazines in the school library showed him a path towards shredding the extra pounds. He felt recognized when people started to figure out the change in him. 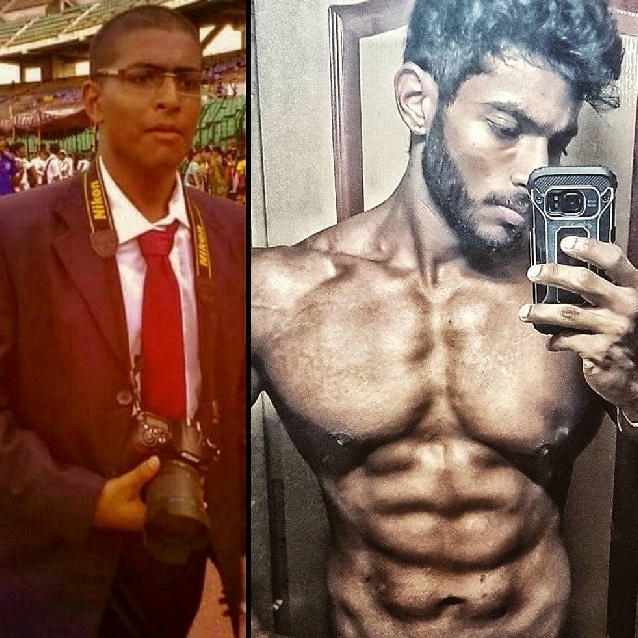 * Sticking firm to his will and continuing his weight loss expedition made him lose 55 kgs in 6 months. This, he says, is his 4th achievement. That is when he gifted himself some trendy clothes.

* Seeing himself on the stage as a contestant for Mr. Chennai 2017 is his 5th achievement. That laid back, obese kid was then placed in 5th position in Mr. Chennai.

* The title, Mr. Tamilnadu is his latest achievement.

Empathy To Give Back :

Being misguided during the initial stages of his journey, the kind of disappointment he faced because of innumerable futile attempts to turn fit, is something that should not be borne by any other fitness enthusiast. He is grateful to the kind of support and right guidance he later received from his latter coach Murali. So, he realised that he should share his journey with others, who may not have the kind of support that he found. Thus he founded LEVEL UP NUTRITION - a leading sports nutrition company. 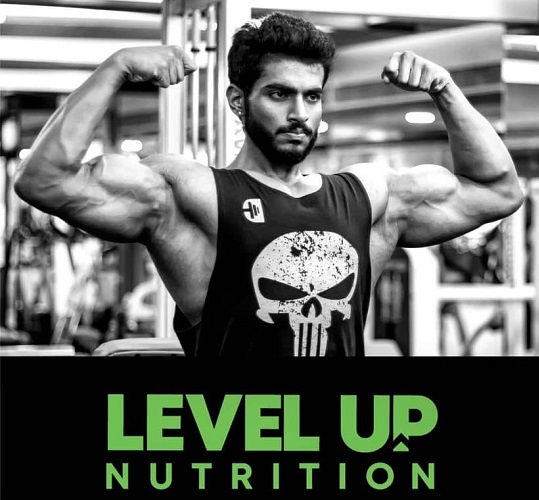 Main aim of Level Up :

As fitness freaks, most of us spend a lot of amount on the fitness products and supplements available in the market. Quite often, the products do not offer what they claim to. Thus, even after months of rigorous workout and supplement intake, results are barely seen. To address this concern, Haresshvar's Level Up brings in superior quality products designed and developed in collaboration with famous fitness coaches from across the world.

What Does Level Up Supply?

This company offers one of the best tasting Whey protein in India as acknowledged by thousands of customers. Along with this, it ventured upon a pre-workout product called "Fired-up". 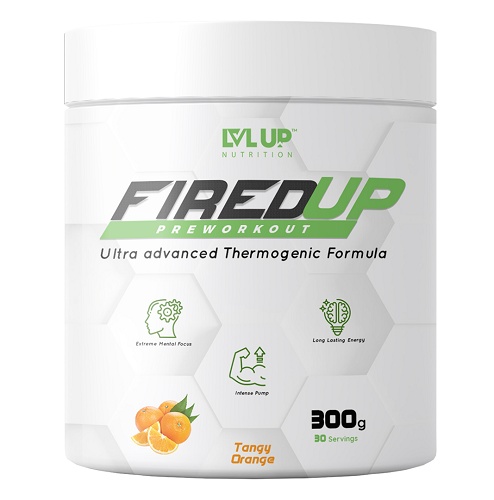 His message to everyone is to stop complaining and giving lame excuses like "Its in my genes, its my situation, its my generation, it’s the social media, its okay to nimble into junk food, its my home environment, its I’ve tried but I never can."

He says that one needs to put in the effort, focus on what can be done instead of the things that can't be changed.

"You are YOU. Do what YOU need. FOCUS ON YOU. You will succeed."

It's very inspiring to learn about a journey that lead a lazy soul towards attaining a fit and healthy body. These kind of stories tell us that nothing is impossible. Let's cheer for this man of perseverance and let's wish more people walk in his footsteps to attain a life of well-being.