Disappointed with lack of support asserts Sekhar the Deaflympic medalist.

Prithvi Sekhar is an Indian deaf tennis player with the support of his family he managed to grow up as a normal child and Winning Medals for India
By: milagro_vina
Published: 2 Years Ago
Last Modified: 2 Years Ago
Read time: 4 min read
Views  79

Hearing loss is a survival challenge. People with hearing difficulties can perform almost all of the activities that a person with full hearing can do. Prithvi Sekhar is an extraordinary deaf tennis player who stands out like an Olympic athlete and brought glory and pride to the Indian nation.

Sekhar has won at the Olympic level and many other tournaments around the world. He represented India at the 2013 Olympic Games, where he achieved an important performance: "The Deaflympics in 2013 was my first international outing. I didn't win, but I stayed motivated. In 2015, I went to the UK for the Deaf World Championship of Tennis," he said. 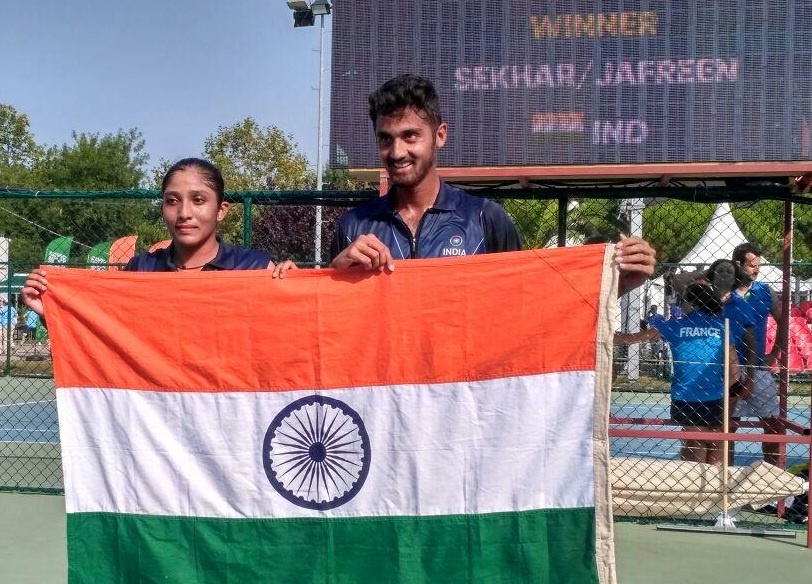 The year 2019 was a great year for him. He won the World Deaf Tennis Championship event which brought together the best deaf tennis players in the world in the city of Antalya, Turkey.

Winner on the courts and at the University

Mr. Prithvi Sekhar was born deaf but however, with the support of his family he managed to grow up as a normal child who is able to function very well in all roles in life: "Since birth, I have had this disability, but it has not affected me. I wear a hearing aid at all times and am able to function like anyone else," he said. Mr. Prithvi's foray into tennis began when he was just 8 years old.

As a student he achieved professional degrees: After completing BTech, he also completed his MBA from the SRM University. In addition to his professional expertise he is able to express himself perfectly in several languages: "I speak English, Tamil, and German. Although the hearing aid is useful, I read lips a lot. And it works well for me. I also know sign language, because some of these players who come to the deaf tournament only use it" said he.

Mr. Prithvi Sekhar is a well know tennis player not only among the Deaf tennis circuit but also among the ATP players in India. Most of the time he practices playing with regular players as it helps him in improving his skills. Sekhar also plays the All India Tennis Association (AITA) matches. At the AITA his best rankings in the singles and doubles have been in the 40s and in the Deaf tennis circuit – 10 in the singles and 8 in the doubles. 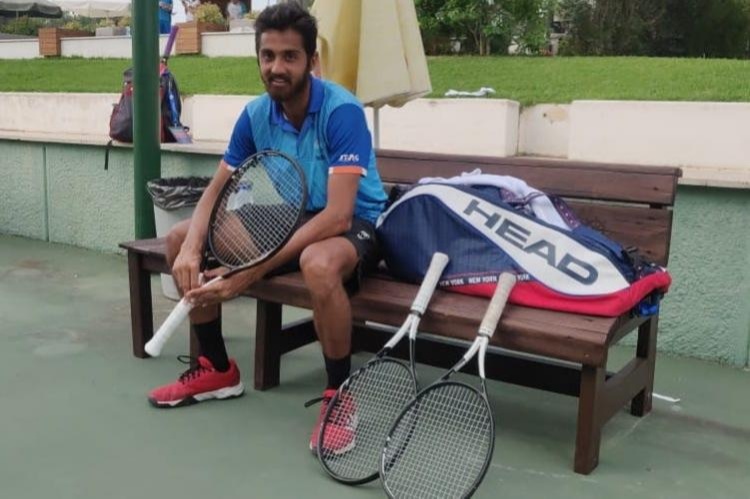 But the challenges of a deaf tennis player are many. The tennis players depend not only on the sight but especially on the sound of the ball bouncing on the court and on the racket. However, that difficulty is overcome by the perception of vibration and exceptional sight: For a regular player its easy to find out how well the ball has contacted the racket but deaf players don’t have that luxury.

Mr Sekhar’s Balaji Ramaswamy has been training him for a decade now and seems that despite the hurdles, his boy has done extremely well. Mr Balaji would ideally like him to compete against the regular players. He has played in the 50km Indian Tennis Association (ITA) tournaments and has reached the semi-finals and finals. In the end, however, one has to understand that any victory has a big impact on a player's psyche. 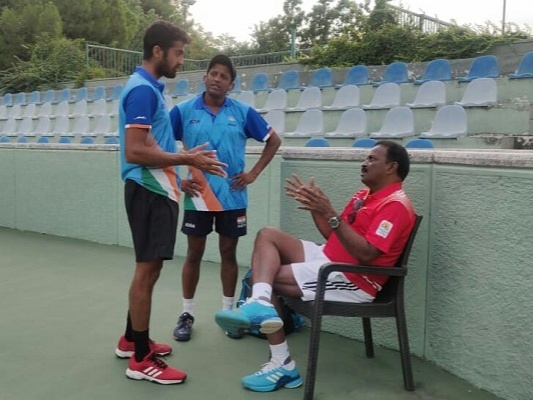 On returning from the 2017 Olympics for the Deaf, Mr. Sekhar and the Indian delegation were not received by the authorities at the airport. The athletes were disappointed, especially since they brought the first medal for India at the Deaf Olympics. Unfortunately, that is the situation of the deaf athletes in India. There is much more recognition for athletes who participate in the Olympics and even the Paralympics. They are very advanced," he said.

However, when he arrived in Chennai he was greeted with a warm reception. "I was very excited to see my parents after two months, as I was away to train in Delhi and then for the Deaf Olympics. But apart from them, there were at least fifty others who came to welcome us after hearing about the disappointment at Delhi airport through social media. That was quite overwhelming. But sadly, no one from the government has called to congratulate me yet. “

The experience of the authorities' lack of concern for the achievements of deaf tennis players convinced Mr. Sekhar to intervene by participating as part of the institutions to bring about change from within: "I am looking for a job in the government. The All India Sports Council for the Deaf told us that all the medal winners will get jobs. Let's see how it goes. If I can get a job, it will be good for my future," added Prithvi. Is the government listening?

Whether the government is doing anything or not, the entire country is proud of this young star’s achievement. 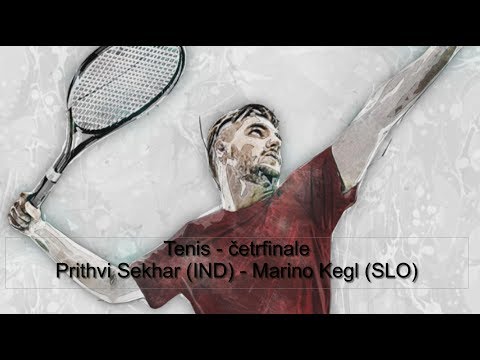