Only Indian Climber to qualify for 2018 Youth Olympic Games in Argentina.

Bharat, as a kid was over energetic and wanted to play all the time. To vent out his high levels of physical energy, he had to play for at least a couple of hours every evening with his street friends. His parents noticed that even this was not enough as he continued to play with his siblings at home.

Subash (SUBBU) his father who loves sports thought the energy could certainly be directed to some serious sports activity. Brat was introduced to various games like Football, Cricket, Hockey, Athletics etc., Even though he did the strenuous and vigorous work-out he really did not enjoy any of these games.

One day by chance Subbu met up with Mr Keerthi Pais who is a coach for Rock Climbing at the Kanteerava Stadium in Bengaluru. Brat says the minute he put his foot on the Rocks he felt that he belonged here and took to climbing like a fish takes to water and just started having fun and found it absolutely thrilling.

Little did he know that Mr Keerthi Pais was slowly and steadily training and preparing him for competitions. Two years later, Bharat was doing so well that he grabbed Three silver medals in Lead, Speed and bouldering events at the Asian Youth Sports Climbing Championships in Bali in 2008. This was when he was just 7 years old.

This winning streak continued and he performed consistently at the International levels. In 2015 he added another Silver at the International Federation of Sports Climbing (IFSC) Asian Youth Championships in Malaysia. He says, he would rather run up the rocks instead of climbing and people were amazed at the speed at which he used to do it. He is proud to be called a “Spider-Man”. 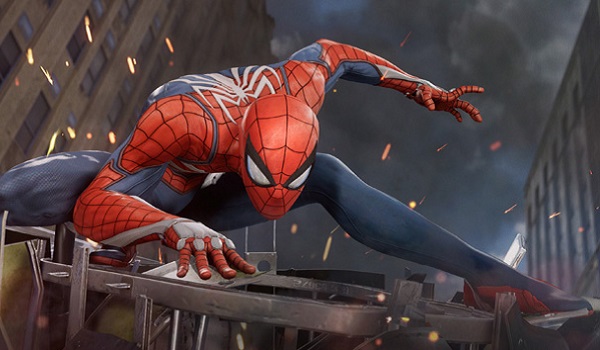 First, the credit goes to his Parents who identified his potential, sacrificed their time, put in so much effort in working around his schedule. Thankful to his Mom who painstakingly prepares the right diet. His Dad even till today accompanies him on his tours to help him. Last but not the least, he is ever grateful to have a super coach like Mr Pais who dedicates so much of his time.

Being a sportsperson what message does he convey?

Having been successful at a young age and enjoying the limelight even today, he has a strong message for the Kids of today – “Just leave the gadgets alone and pick up a sport to stay healthy” and to Parents – “Be there for your Children in whatever they are passionate about and love doing”

The first thing that comes to any sportsperson’s mind is “FIT and FOCUS”. Here’s his secret. He doesn't compromise on his EIGHT hour sound sleep, always prefers home cooked food which automatically keeps him away from JUNK FOOD....He never deviates from his routine and likes to be regular. He reads a lot about other sports personalities which motivates him. Since he enjoys the Sport its a perfect de-stressing factor and in fact, he has been able to balance well between Academics and Practice better. This has taught him to meticulously PLAN the day.

In his Free Time

In his spare time (only during weekends), he enjoys watching a Movie or two, hang around with friends, listen to his favorite music and looks forward to lazing around, chatting at home with his siblings and family.

Rock Climbing deserves its due

What surprises him is that “ROCK CLIMBING” has never got its due support/respect or probably not even considered a Sport. He is happy that this is changing as more and more are opting for it. Sporting authorities have to build more Artificial rocks so that it is easily accessible.

Its a proud moment for all Indians as Bharat is the only Indian to qualify for the 2018 Youth Olympic Games to be held in Argentina. He is ardently preparing and sure to come out as a Winner. Good luck Spider-Man.

He doesn't believe in setting goals and says if he practices hard the results will automatically show. He is concentrating on the upcoming events and takes each event at a time.

He sincerely hopes that through bookofachievers.com a platform designed for sung and unsung heroes (only Indian) would attract some funds or sponsors. Climbing is an expensive sport and it's hard on the parents’ pockets.

What is interesting about the SITE is that it allows the Achiever to Register/Login and update and add latest videos as well.