Decided to end life at one instance, this Nainital woman is now the national champion and is the co-founder of a fitness studio.
By: swetha_vangaveti
Published: 10 Months Ago
Last Modified: 10 Months Ago
Read time: 5 min read
Views  23

How many girls out there think that there's an end to nothing when they fell for a marriage that never worked for them? Yes, living in a society that prioritizes 'holding' and 'sticking' on to a marriage, however bad it could turn out to be, to a woman, is difficult for someone young or old. One should be bold enough to sail against it. That too, when you are young and when you don't even understand the meaning of something that's happening to you, then the turmoil is inexpressible. There's something called "consent" which the majority of Indian marriages don't even think is necessary. Once the wedding bells are rung, it is taken as 'Yes' from the bride for everything. Her life, her soul, her career, her body - everything belongs to her in-laws. One such story of a woman who was married off early and suffered marital rape, strived hard to pull herself out, finally becoming the national champion has surfaced, serving its share of inspiration on to our tables today. Let's get into the story of Ekta Kapoor from Nainital which offers enough courage needed to fight the injustice happening to you.

Ekta Kapoor hails from Nainital. When she was a little girl, her mother abandoned Ekta and her father. Ever since then, her father took care of Ekta becoming both her mother and father. He was a teacher and juggled between the girl's responsibilities and earning a livelihood. He worked hard day and night and refused to remarry. Ekta remembers how he would talk to and from school that was uphill. Ekta was mostly alone in her childhood, helping herself with studies and other things. She also didn't focus much on eating good food at the right time as there was no one to guide her through it, which eventually made her undernourished and less immune. However, because of all that she endured as a child, she learnt to be independent. Unfortunately, how much ever she was assured of being strong and self-sufficient, society would always consider a girl child to be worthy of only getting married. That too, considering the family conditions of Ekta, pressure came in upon her father, who got her married off at a very young age hoping for a bright future for her.

When Ekta stepped into her in-law's house, she understood that her husband and in-laws have hidden many things from her. However, she decided to continue her life there ignoring all that has hurt her. But she couldn't take it when her husband tried to force her. As Ekta was young, she was not ready to get into a physical relationship and also she didn't totally accept her husband yet. She wanted some time. "Despite that, I faced marital rape, something which isn’t even categorised as rape in our society. At the time, I wasn’t even aware of what had happened, but I left the house and went back to Nainital. I was devastated.”, she narrated her pain. She felt completely lost having missed her education and career. When she went back to Nainital, she was branded as a divorcee and pity poured in on her which she never liked. She had gone into depression and tried to end her life. She was rushed to the hospital in time where she learnt that she was pregnant. Though people suggested that she should give away her daughter for adoption, she didn't listen to them and decided to change herself for the sake of her daughter.

Ekta decided to take up a career that suited her interest. She tried the aviation industry, got into acting and fashion designing, tried the hospitality industry as well as teaching but nothing worked for her. While her father advised her to remarry, she requested him for some more time and just then one of her friends reminded Ekta of her skill and interest in sports. She suggested that Ekta should join the fitness industry. Ekta joined a fitness certification program. She recognised that it was what she loved. "When I started studying for a fitness course, and opened the book for the first time, everything clicked. I’d never been able to fully grasp academics in my younger days, but this, I could absorb with ease. It felt absolutely natural.”, she said. She then moved to Mumbai and joined YCMA in 2014. She began looking for a job while taking the yoga training classes. She got a job at Fitness First after clearing a preliminary exam. There, she met her partner for life, Shashank. "Destiny works in mysterious ways. I arrived in Mumbai on 1 April, and so did he. I joined Fitness First on 1 June, and so did he. He was from Uttarakhand too. We didn’t know each other at all, and yet, there were so many connections. I was a fresher in this industry, and was much senior in terms of his experience. I learned a lot from him. In fact, he has been the biggest source of guidance for me through my journey in this industry, and there has been no stopping us since.”, she shared. 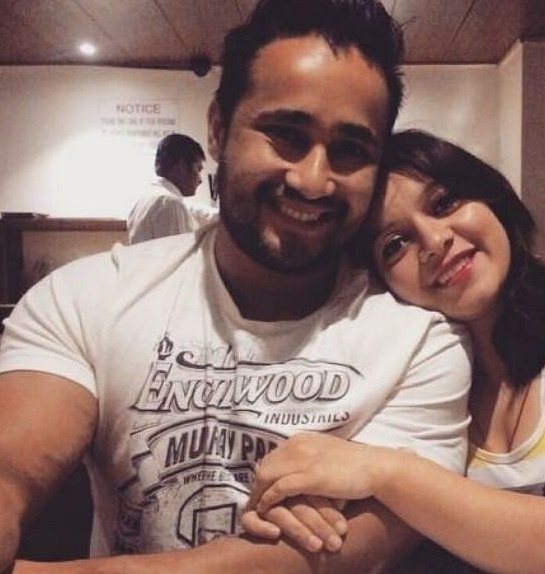 The Rise Of A Champion:

Fitness industry, as Ekta says, gave purpose and direction to her life. Ekta competed in national and international competitions. She also graduated with an MBA degree. She is an internationally certified fitness trainer from the American College of Sports Medicine (ACSM). She is also the certified kettlebell champion from the International Kettlebell and Fitness Federation (IKFF). Apart from this, she has also participated in the state level Powerlifting Championship and won gold. Above all, she is the co-founder of Mountstrong Personal Fitness Studio in Dehradun. Talking about how the fitness industry changed her life, she said, "Exercise brought me love, recognition and adoration. When I first got a gold medal in powerlifting, people finally knew me as a hard worker in the fitness industry, and not as someone with a rough past. I never wanted anyone’s pity. Fitness helped me achieve that.” 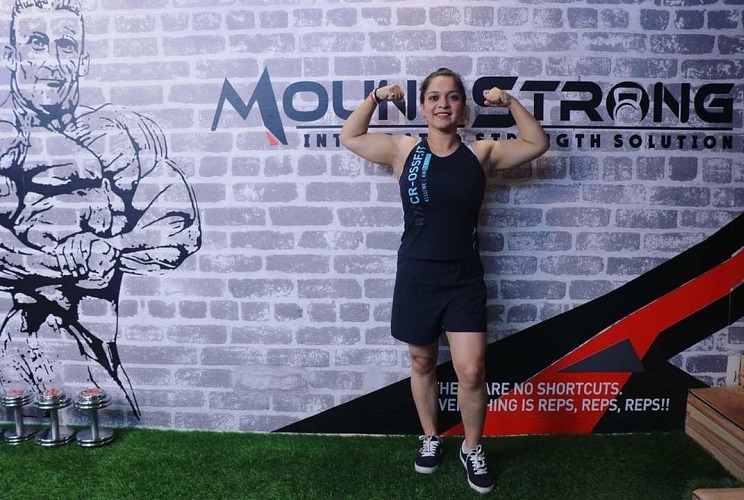 Her Words Of Value:

To all those who feel low in their lives, Ekta suggests that they should give themselves a chance to live and prove what they are. “I wanted to bring my story forward because I know how many women suffer through similar experiences. My hope is that they are inspired enough to never let go of their own dreams, to carry on through all adversity while knowing that they have the right to lead their own lives. I say, ‘If I can do it, so can you. Give your life, and your loved ones, a chance to love you back.”

It's time to wake up and walk like a lion.