In the early 1980s, a tight-knit group of friends walked into one of their favorite neighborhood haunts, the popular Matunga Gymkhana, in Central Mumbai. While these young boys spent long hours battling each other at the table-tennis table, they also keenly watched as a few masters played their intense, serious matches. Among this adoring audience, was one boy who watched with far more concentration, drawn to the strategic moves of both billiards and table-tennis, admiring the players’ ability to predict outcomes so accurately.

What set this boy apart?

Upon first sight, the all too noticeable fact that he had little to no vision in his right eye and upon closer inspection, something askance with his right leg.

But what really set him apart was that when did set out to play a match, none of this seemed to matter at all.

A game of billiards, cue to a career:

Venkateswaran Subramanian contracted polio at the age of two, which resulted in a malformation in his right leg. When he was six, an accident left him with no vision in his right eye. Any other child would’ve hesitated to engage in any major physical activity, let alone sports, but Mr. Subramanian also fondly known as Raja, took to sports like a fish to water.

Basketball, cricket, TT, Raja like any other boy of his age, indulged in every sport to his heart’s content. Developing an inclination for table-tennis, Raja and his friends would spend long hours at the Matunga Gymkhana. The gymkhana, in addition to being a community sports center, also saw greats like Kamlesh Mehta and Vilas Menon, practice their moves. While table-tennis was his passion, Raja was slowly drawn to the gymkhana’s billiards room where champion Wilson Jones would often coach. Watching the nation’s best first-hand kindled a new interest in young Raja, who became fascinated with the intricacies of the game. At the age of 19, while pursuing his studies in accountancy, Raja went from viewer to player, trying his hand at billiards. Since then, he hasn’t looked back. 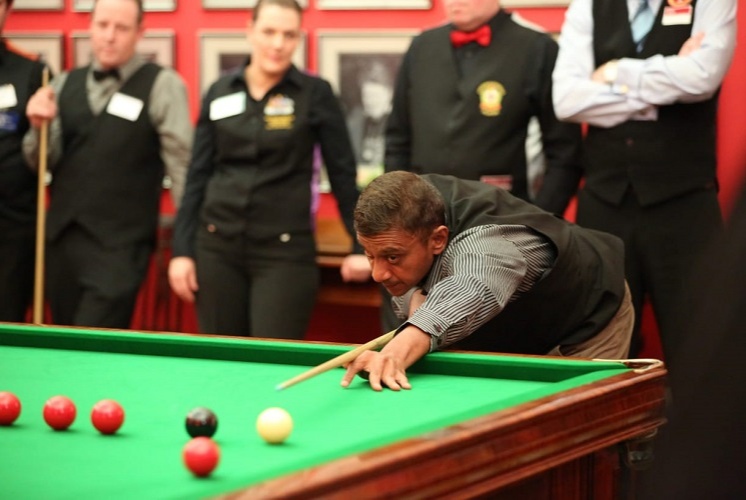 From ‘Disability’ to Incredible Ability

Until very recently, the sport of billiards had no separate category for specially-abled players. This stands testament to Raja’s enormous achievement in the field, where he equally met and defeated several abled-bodied players. While practicing 4-6 hours every day, Raja also tutored students in accountancy to sustain himself as he kept his passion for sports alive. And not just play, with steel determination and the support of sponsors like Leap Green Energy, Inc 5, Happy Homes, United Phosphorous Ltd and Concept PR, Raja went on to becoming first the state’s and then among the nation’s best and most acclaimed billiards and snooker players.

In addition to winning several global tournaments, Raja has represented India at two World Championships. He has previously been ranked India’s No.8 and World No.12 in billiards at large, in the open category among able-bodied cueists not to mention winning two gold medals and one silver medal at the World Disability Snooker Open. 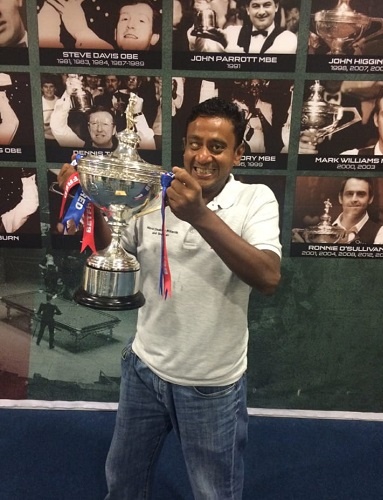 One would wonder – had Raja the choice to play only in a category for differently-abled players, would he have succeeded further? Raja doesn’t think so. As a player, he never felt the need for any concession. Once in the game, he believed, only his passion and practice mattered. Had he started playing before his eye injury, however, things would’ve been different. The very fact that Raja began playing after his injury and developing his polio condition, allowed him to learn with these impairments, enabling a performance at par with other players. While he does admit that the judgment on his right-hand side could’ve have been better with vision in his right eye, he has found ways to adjust and develop his accuracy from other angles to compensate. ‘Still don’t think I’ve missed too many shots’, he says while laughing. 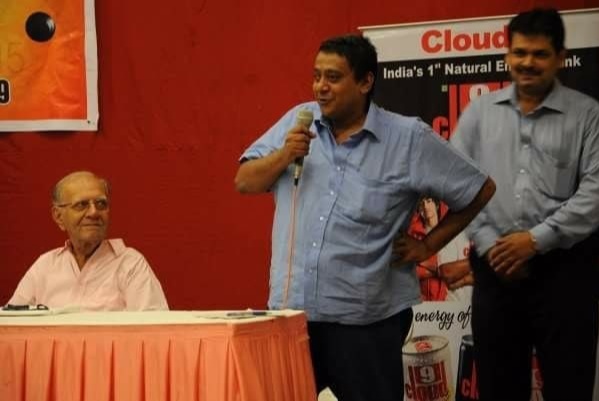 Outstanding achievements, in a sport that requires immense hand-eye coordination, not to mention being on one’s feet for long hours. When asked about meeting these challenges, Raja simply says ‘When you’re chasing your passion, you don’t feel anything, you just enjoy’.

A shot at life:

But competing against other global champions, was not the only match Raja had to fight. At the young age of 39, and many titles under his belt, Raja suffered from blockages in his heart. This unfortunate incident led to another discovery, a lifetime of favoring his right leg, had led him to develop osteoarthritis in his left one. He now faced two additional challenges – maintaining a steady Body-Mass Index (BMI) to avoid pressure on his heart and regaining strength in his right leg.

For a man who had already combated two major conditions, Raja immersed himself into renewing his life and body. He began to walk for 10-12 kilometers a day to reduce his weight, persisting even amidst heavy rains and during his international tournaments, in spite of an arthritic leg. Giving up smoking almost entirely, Raja went from almost 30 cigarettes a day to none. He carefully crafted his diet to include soups and salads with a heavy emphasis on fruits and vegetables.

Today, he’s an admirable 67 kilograms, a massive change from the previous 112 kilograms he weighed, prior to his surgery. This painstakingly achieved weight loss has reversed his previous conditions of diabetes, cholesterol and blood pressure, without the need for any medication. Even though medical advice strongly advocated for a knee replacement surgery, Raja, through his diet and exercise regimen, succeeded in limiting the need for such a procedure. 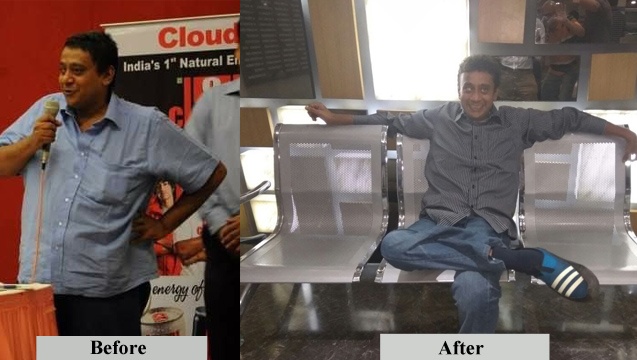 These successes, he feels, are his biggest achievement, even more so than his decorated tenure in billiards. Losing weight, with ailments in both legs, has been his toughest match, so far.

Raja’s victories, as we see, were not limited to the billiards table but rather his spectacular triumphs over the curveballs life keeps throwing him.

Today, an epitome of inspiration in the international cue circuit, he still actively competes while continuing to tutor students in Accountancy. While the global pandemic continues, he regrets missing out on a few world championships that were cancelled. However, even in the wake of the lockdown, with his health as priority, he’s ordered an exercise cycle to keep his weight in check, while catching up on his reading and Netflix. 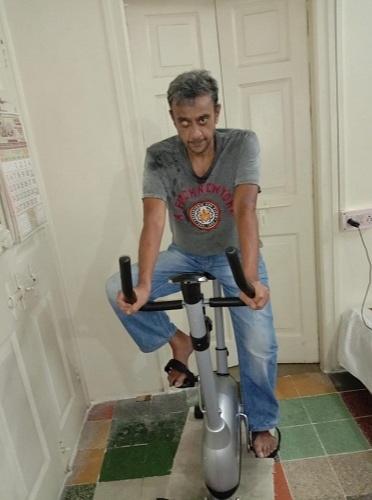 Hailing from an era when ‘disabled categories’ were unheard of, Raja realizes that sports continues to be a challenge rather than an opportunity for differently-abled players. To create a forum to encourage differently-abled billiards players, Raja introduced the ‘Inaugural Para Snooker All India Tournament’ in Pune, in January this year. which was inaugurated by multiple-time World Champion and Padma Bhushan awardee Pankaj Advani. He plans to take up the initiative vigorously and reach out to different associations, to garner support for the cause. ‘If I don’t do it, who will?’ he says, emphasizing the need for change to start somewhere. 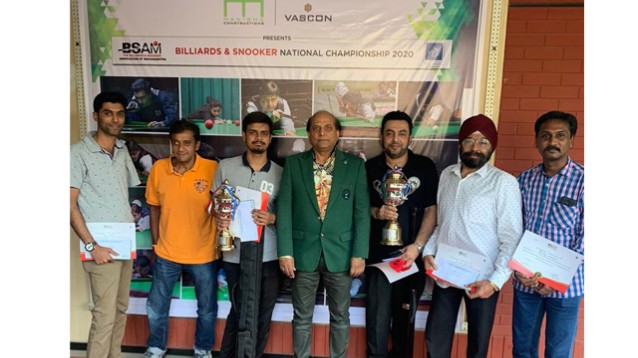 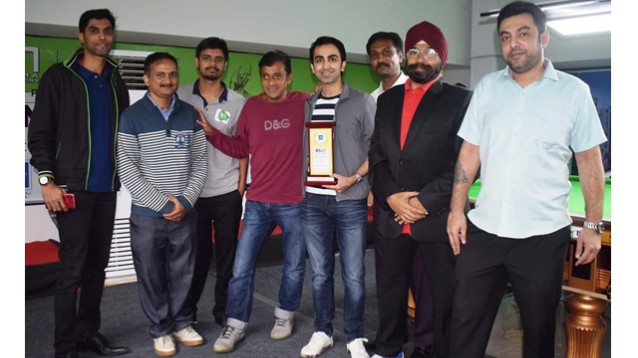 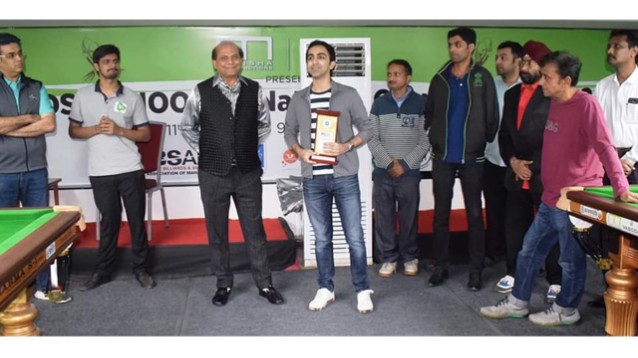 For those among you who are working professionals, there must’ve been a time you had the not-so-great experience of getting through a work-day when feeling a bit under the weather. The drowsiness, the aches and pains, coupled with the responsibility of completing tasks accurately can often leave you feeling even more fatigued than before. Now, imagine living all of your life with not one, not two, not three but four ailments. Sounds exhausting and almost near impossible, doesn’t it?

For most, but not for all.

Every few decades, we chance upon individuals who have battled the most difficult of situations, in pursuit of their dreams. Meet Venkateswaran Subramanian, firstly International Billiards Champion and secondly, an inspiration who took on blindness, polio, osteoarthritis and his biggest battle, obesity, while championing over it all.

With constant support from the cueist community, Raja remains focused on his game and his initiative for differently-abled cueists. When asked about the difficulties of differently-abled individuals entering sports, he says astutely – ‘What I believe is, talent can come from anywhere and anyone’, as he continues on his mission to make sure people like you and me, start believing too. 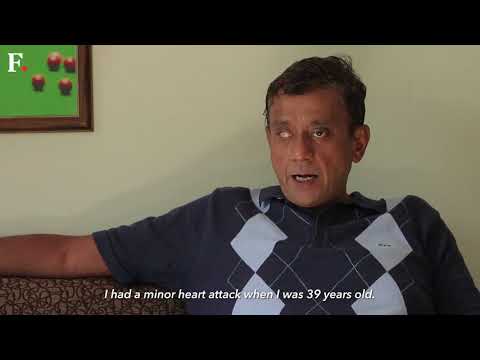