9YO skateboarder Kamali and her Mother Sugandhi from a village Mahaballiburam caught the eye of Sasha Rainbow the New Zealand filmmaker to film “Kamali".
By: boa correspondent
Published: 3 Years Ago
Last Modified: 3 Years Ago
Read time: 4 min read
Views  242

Why an Indian story?

An eye catching casual candid Pic of a 9YO skateboarder from a village caught the eye of Sasha Rainbow the New Zealand filmmaker. The expression, intense concentration, passion of this kid in her casual white dress with hair let-loose and barefoot is what drove Sasha to film “Kamali”. 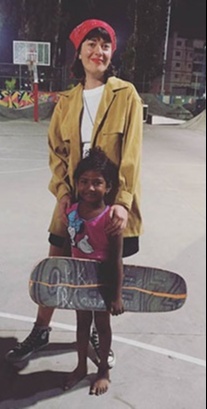 It wasn’t only the impressive Pic but also to capture the fascinating life journey of a single mom Sugandhi in raising her daughter. Determined young mother’s only goal was to educate and empower her daughter through her in-born super skateboarding talent.

To support a family of two children and her husband, Sugandi started selling ready to eat fish and snacks on the beachside. Sugandi was already experiencing trouble in her marriage but each day it was only getting worse. Like every Indian wife who struggles to try and keep a marriage and family, so did Sugandi. 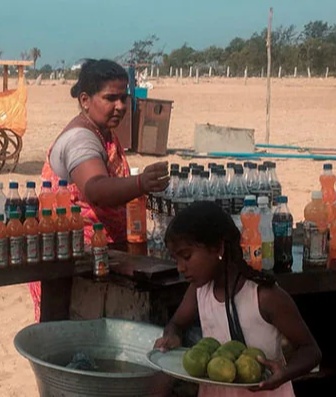 As her marriage was further deteriorating, some courageous and bold steps were much needed. Sugandi one fine morning felt that “Enough is Enough and called it Quits”. Some appreciated Sugandhi for her bold decision and her guts, grit, and courage while some others thought her to be disgracing the family and society.

She didn’t succumb to any family nor societal pressure but in fact became even more stronger to face the world. So often her own childhood memories flashed by when she was not able to have fun and study like the other kids.. tougher and determined she became to provide the best for her kids. 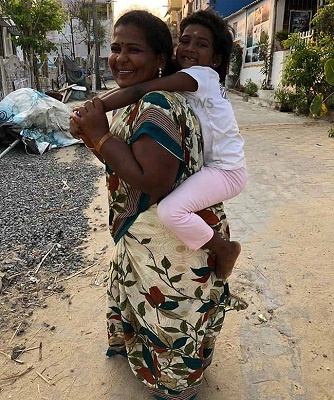 Life even today is crazy and unpredicatable.. juggling between selling fish on the beachside, earning her livelihood, school drops, cooking, nourishing her two little ones, trying to smile without complaining, etc.. Sugandi admits that nothing is impossible as struggles come and go and everyone has their own...its  how one looks at finding solutions.

“Kamali” went viral on social media and most certainly with Moms who instantly connected with the script and has inspired many more to take the courage to live a meaningful life if things don’t work. “Kamali” received great reviews from everyone who had a glimpse at this short video.

Rghtly so.. it made it to the Best Director Award at the Mumbai International short films, Top honors at the Atlanta Film festival and in 2010 and undoubtedly deserves to Qualify for Oscars 2020.

It was by chance that Kamali was gifted a skateboard by a family friend and her uncle and her brother showed her the technique of balancing. As a toddler Kamali took to skateboard like a fish takes to water. She started teaching herself and trying all kinds of tricks - some don’t even exist in the books.

Her love for skates has been so strong that one will find this little champ almost all the time on her skates. Skateboard has become her easy means of transport to school, market and everywhere. Kamali is currently a part of the skateboarding circuit and tours to take part in competitions. Her dream of becoming a world champ is sure to come true one day. A new celebrity is born in a quaint town of Mahabalipuram.

Kamali, as usual, was having fun on the skateboard when Mr. Aine noticed some unusual talent and skill that this girl skated around with so much ease and enthusiasm.  A thrilling sight to watch for any passerby – effortlessly navigating through the concrete slopes...

Mr. Aine is a Chennai based Irish entrepreneur from the Holystoked collective company that builds skating ramps across the country.

Call what you may! Seems like Kamali and Mr. Aine were destined to meet. But as luck would have it, Kamali was introduced by Aine to his friend Jamie Thomas a pro surfboarder, skater and a well-known photographer. Jamie was instantly charmed by Kamali’s happy go lucky, chatty, chirpy, casual attitude and was wonderstruck by her skill. He immediately took a candid Pic and posted it on social media and the rest is history. 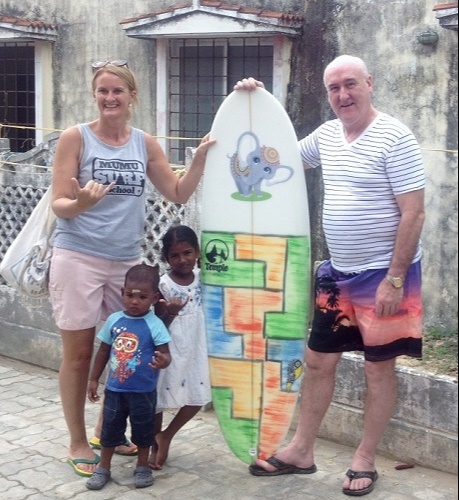 A chatty Kamali smiles and says “I am practicing all the tricks from Jamie’s book  - skating through the steep slopes and the drops from high ramp drop points.”

Simply adores her MOM. Kamali loves her new celebrity status but really is quite unaware of her success. She lives by the beach, loves being involved with other water sport activities.

A first-generation English medium school goer has become a household name in the village. Kamali loves her school and studies while she also gets to teach other kids the art of skateboarding.  Through her, there is a change in the stereotypes of the village kids.

Happy is her Mom that she is being featured and happier still that her daughter has lived her dream.

Can “Kamali” do the Slumdog millionaire for India in 2020 Oscars? Will have to wait and watch 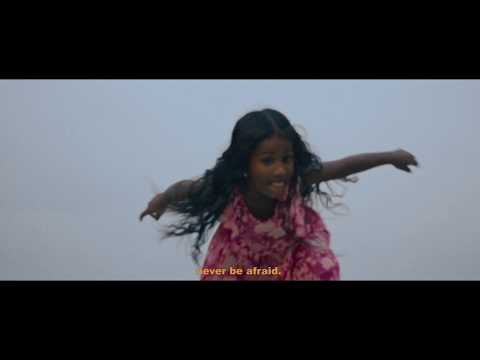