Dr. Ashesh Prasad Mitra (FRS), was born on 21 February 1927 in Kolkata, India. He was are renowned climatologist who directed the National Physics Laboratory in Delhi, India, and became the Director-General of the Council of Scientific and Industrial Research (CSIR).

He also became honorable president of the International Union of Radio Sciences (URSI). He had approximately more than 200 articles and research papers to his name, and he also authored and published several books and journals.

His father was his greatest inspiration that taught him to follow strong ideals of loyalty, dignity, responsibility, and benevolence. Dr. Mitra had completed basic intermediate, and vocational schooling at the City School from 1932 to 1942.

He was awarded a gold medal by the University of Calcutta for ranking fifth, and he was also at the top of the scholarship list.

Dr. A.P. Mitra emphasized the need for India to achieve its right to act on changing climate research. He realizes global warming  going to be the biggest issues in coming days

His exceptional Research Achievements in Shaping World of Physics:

It was a matter of immense irony that the U.R.S.I (International Union on Radio) Science) general Assembly took place at Sydney in 1951 and Dr. K.S Krishnan, then Director of the National Physical Laboratory, Delhi was searching for a young scientist who could undertake radio science research as a concerned project of NPL. He had found out about Dr. Mitra's amazing work from Dr. S K Mitra, who additionally went to the URSI-GA and he offered him the place of Secretary of Radio Research Committee at NPL, New Delhi.

Long-distance radio waves can be interrupted by the ensuing shift in the Earth's ionosphere. The trajectory of a spacecraft across the Earth can be disrupted by ionosphere layer electrons, which may further harm the electronics connections of the spacecraft. As a consequence, Dr. Mitra 's dedication to the ionospheric predictive model guided him to consider these obstacles within the atmospheric layer and to further overcome them to improve radar communication links.

In cooperation with the renowned radio astronomer Alex Shain, CSIRO Dr. A.P Mitra invented cosmic radiation noise absorption. His observation of cosmic radio interference in the field of the upper atmosphere contributed to several observations in the earth's atmosphere, stellar physics, and cosmic radiation. This research allows one to analyze the characteristics of the ionospheric layer of the atmosphere to strengthen the network of connections.

Through initiating radio tropospheric work in India in the 1970s, he led to significant developments in the radio communication system in India. He supported the Indian Air Force's radar coordination networks to provide them with outstanding detection techniques. 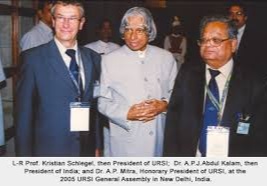 He contributed a lot toward the global environmental hazards of human activity. The framework of his research includes a major issue of ozone layer depletion, atmospheric chemistry to reduce temperature and humidity level. He further focused on greenhouse gas quantification in India and worldwide ecological chemistry has had international impacts. 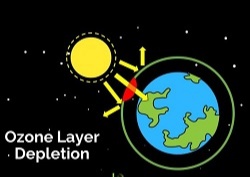 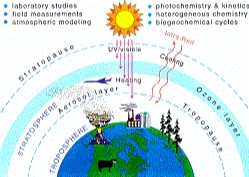 The change in temperature variation is also becoming more visible. Possible future serious influence on agrarian productivity, water availability, and temperature changes stand out as a big challenge for Dr. Mitra, therefore he draws his concern over resolving globalizing issues.

All about his leadership and a team spirit: An inspiring mentor

Dr. A.P Mitra was an inspiring mentor with a brilliant leadership quality who always supported and appreciated his team members to bring quality research outcomes. 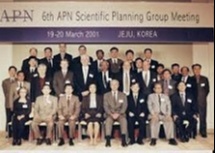 By using his unbeatable expertise he did a plethora of inventions out of which SODAR(Sonic Detection and range) invention became a public eye. This meteorological device is used to detect the dispersion of sound waves within atmospheric.

Dr. Mitra has received many distinctions and awards for his excellent work. These were:

Dr. A.P. Mitra wedded Sunanda Mitra on the 12th of August, 1956, and had two daughters, Anasua, (an architect) and Mila Mitra, (an astrophysicist). 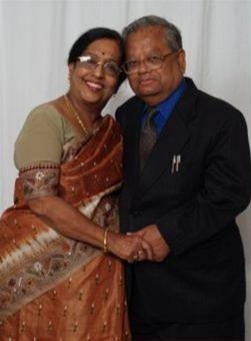 Dr. A.P. Mitra was 81 when he died in the morning hours of 3rd September 2007 due to kidney failure.

On a fateful day, he asked his doctor at AIIMS if he could attend a conference scheduled for 3rd September at the Ministry of Environment and Forestry. That's the kind of enthusiasm he had for his work.

His wife and family were at AIIMS with him until Dr. A.P Mitra breathed his last.