Crawled at 3 months. Walked at 7 months. Started gym feats by the time she reached 10 months. Olympic aspirant is the winner of the Global Child Prodigy Award.
By: swetha_vangaveti
Published: 2 Years Ago
Last Modified: 2 Years Ago
Read time: 7 min read
Views  59

Her workouts involve push-ups, handstand push-ups, pull-ups, burps, box jumps, air squats, barbell back squats, deadlifts and full cleans, along with 20 straight pull-ups, lifting a 50lb back squat, and a 65lb deadlift. Okay! Now, who is she? What is so special about this now that we are writing it on our page when there are many who are into such intense workout routine? Well! I'm talking not about any adult or a child of 10 years age at least. I'm talking about a little girl who started hitting the gym routines when she was just 10 months old. Not even one year old but weights became her toys. She never played with toys. Why need toys when there's a lot of equipment in the gym that's calling her! Prisais, a wonder kid from California, is dumbfounding everyone with her fitness regime. Let's get to know more about her and understand why her story is worth reading!

Prisais' father is the co-owner of Automo Crossfit in Moorpark, California and is a former NFL player turned personal trainer. He hits the gym every day as a part of his job. Prisais surprised her father when she was just three months old. While other toddlers struggle and try hard to move at three months of age, Prisais started crawling already. By the time she was 7 months old, her little feet started walking! Prisais walked so fast that her foot was turned out to the side in a way resulting it to drag when she walked. When Townsend mentioned this to her paediatrician, the doctor assured that it was fine as babies just usually can’t walk that early but Prisais is. As a result, she said, some parts of her body need time to catch up to her coordination. Though it was extremely unusual, the doctor assured that it had nothing to worry about. When Prisais reached 10 months, Townsend took her to the gym regularly along with him. After Townsend observed that the girl is enthusiastically exploring the space whenever she was taken out of the stroller, he wanted to let the girl explore more. So, whenever he took a break, between the sessions, he would let Prisais run around and do whatever she wanted.

She had such a natural gift for everything she tried in the gym, he says.

When he noticed his daughter's interest, he started offering her some light training. 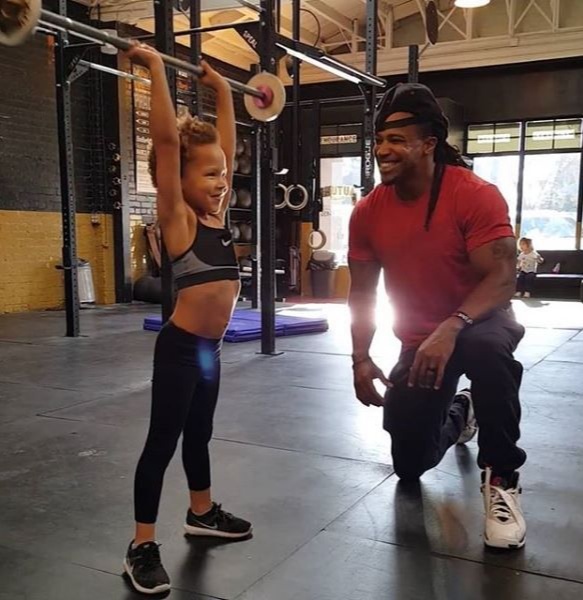 Picked Up All By Herself:

Prisais interest in the gym routines grew with her age. Townsend always eyed upon her so she doesn't get into the intense workout and hurt herself. During this process, Prisais showed her father, her love and ability for weight lifting. Even before Prisais cut her first birthday cake, she was eagerly heading towards swollen muscles. She picked up two-pound dumbells straightway and started doing dumbbell snatches with it.

I had never shown her how to do anything like that, says Townsend.

Prisais just watched her father do the things in front of her and she caught them right. When Prisais was 14 months old, she amazed her father by jumping on to a plate two feet off the ground. When her father wanted to test her athletic abilities again and asked her to do the feat again, she did it without hesitation. “If you ask a baby or a toddler to do a squat, they simply can’t or won’t do it. But she knew how to open up her feet, keep them shoulder-length apart, and seemed to instinctively understand technique and form", says the proud father.

Love From Around The World:

Townsend noticed that his daughter is developing interest day by day and with training, she has been improving consistently. When the discussions about child obesity and women fitness are on a swing in the air, Townsend wanted to show the world the exceptional fitness goals the little girl has been setting for herself and to others so that many young boys and girls develop a love for fitness routines. So, he started posting his daughter's workout videos on his Instagram page. The videos gained popularity to a greater extent than he went on to create a personal account exclusively for the child and slowly she started to get noticed worldwide.

This past August, there was a video of her doing five pull-ups and that’s when things really took off, Townsend said.

Praises poured in commenting the inspirer in her.

"Wow, oh my god, she's inspiring! Look at her, what am I doing with my life?'", commented an instagrammer.

"It inspires people to be active with their kids. This country is riddled with childhood obesity, you know.” Said another.

"Her being five-years-old and be able to do what she does, it's impressive and makes you push more because she can do what I can do too," said one of her father's clients Maddy Espinoza.

When something beyond natural is being done by someone, the natural flow of lip-biting comments is very much expected. While some questioned if it is safe for a four-year-old to do such intense workouts, others pointed their fingers towards James saying that he is pressurizing his daughter to do wonders and is being too hard on her. Many people always say, "Hey, it's going to stunt their growth". But Townsend says that the only way it could stunt her growth is if he allows her to do a 200-pound back squat. He says that it's not lifting's fault. It's the coach's fault. It's a programming fault. It makes her bones stronger. It creates better long-term athletic development.

It comes down to doing it right, adding the weights on that's appropriate for the kid's size, proper programming, and strict supervision, he says.

Townsend surely understands people’s concerns. He affirms the critics that he is not trying to put any parental pressure or control on the child. What has come naturally to Prisais, he says, is being polished in a fun-filled and play-way method. He said that he is taking every precaution to ensure his daughter’s safety. "I dreamed of being in the NFL and I made it there for a couple of months, but I gave up that dream because I felt so much pressure from my family. I don’t want my daughter to ever experience that or even come close to experiencing that.", he says.

Townsend who has been investing a lot of effort and time in training Prisais says that he would support her if she ever decided to quit the fitness routine.

If Prisais decides, 'Hey dad, I don't want to do CrossFit or gymnastics anymore,' I am fine with that.", said Townsend.

Under A Safe, Note-worthy Personal Trainer:

Townsend being an experienced trainer became a source of advantage to his daughter. He makes sure that he designs a program that focuses on technique for his daughter according to her age, ability, weight and size. Prisais does 10 workouts per week and Townsend is right there to ensure that she is balancing CrossFit with gymnastics, schoolwork, and playtime. He lets Prisais treat the gym as her playground and makes sure that she finds joy in working out. 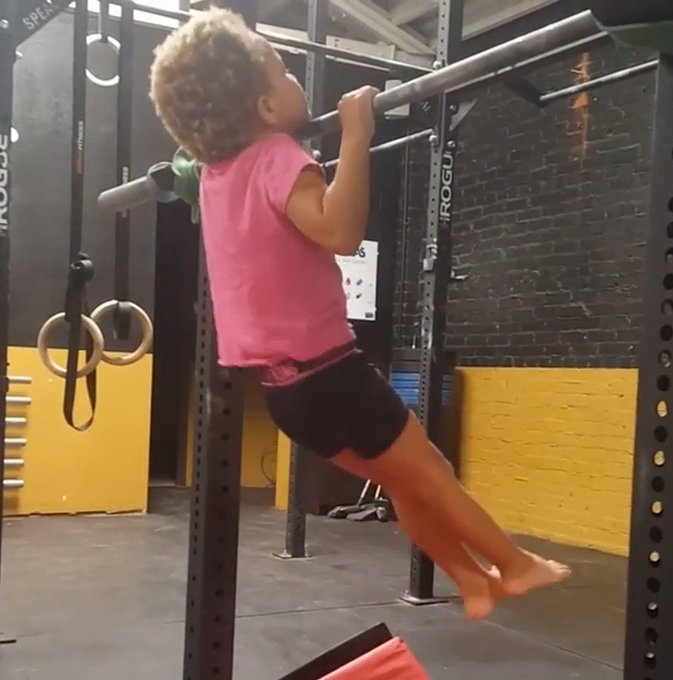 I would be devastated if she ever felt like she was doing it for any reason other than her love of gymnastics. I'm her dad first and her fan second, says the loving father.

Prisais says that her favourite things to do at the gym are to grab the gymnastic mats and also perform bar routines using the pull-up bars.

I like gymnastics because I get to do crazy tricks that no one else can do, says Prisais.

The little girl wants to become a doctor in future.

Kudos to the little girl who has been setting mighty records and is leaving everyone in awe with her fitness goals. May many young and old continue to inspire from her and may she achieve all that she desires. May she make the best use of her father's skills and training methods and outshine the rest. May she fulfil the dream of getting into Olympics.