The legendary Hockey captain and her team are aiming at a podium finish at the 2020 Olympics.

Rani Rampal The legendary Hockey captain and her team are aiming at a podium finish at the 2020 Olympics and winner of World Games Athlete of the Year 2019
By: milagro_vina
Published: 2 Years Ago
Last Modified: 2 Years Ago
Read time: 4 min read
Views  97

India is living through an era of unprecedented sporting success, where women are the protagonists. It is increasingly common to find extraordinary Indian women, who occupying spaces in the sports arena that were once recognized for male triumphs. That is now behind us as Indian women fill the country with medals and trophies in disciplines like Hockey. Rani Rampal is one of those women who dedicated her life to the sport and with her triumphs she fills the country with glory. 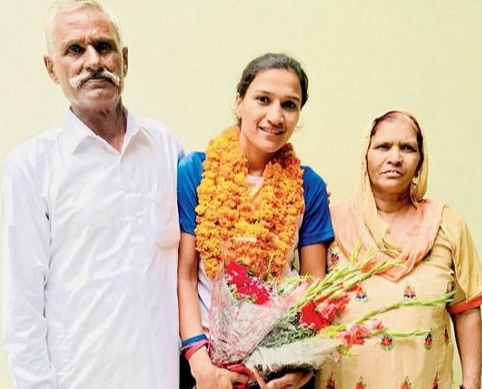 From dolls to hockey

The first years of her life were spent among dolls and running with friends in Shahabad Markanda in the Kurukshetra district of Haryana. At the age of six, her parents enrolled her in the city hockey team where she stood out for her skills. In 2003 her skills were evident and the coaches convinced the family to enroll her in the prestigious Shahabad Hockey Academy under the guidance of Dronacharya Award winner Baldev Singh. 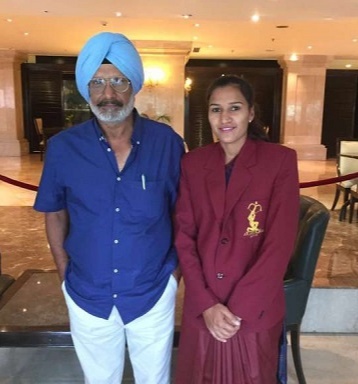 Baldev Singh discovered Rani's potential and subjected her to intensive training with the aim of reaching her full potential within a few years. Time proved the coach right as Rani Rampal is a legend in world hockey at the age of 25.

The first major event Rani participated in was the Junior Nationals in Gwalior and the Chandigarh School Nationals, her extraordinary performance earned her a place on India's women's hockey team at just 14 years of age. The Go Sports Foundation gave her the financial backing and sporting support she needed to continue her career.  Since then, her career has been meteoric.

Miss Rampal participated in the Champion's Challenge Tournament held in Kazan, Russia, during 2009, standing out among the competitors by leading the Indian team to victory, she also obtained the trophies as "Best Scorer" and "Young Player of the Tournament". During her participation in the Asian Cup held in 2009, she was the key player who led India to the silver medal. She subsequently participated in the 2010 Commonwealth Games and the 2010 Asian Games. Her outstanding participation in both events led to her being nominated for the 2010 "Young Player of the Year" award. After the 2010 Asian Games in Guangzhou, she was included in the All-Star team of the Asian Hockey Federation. 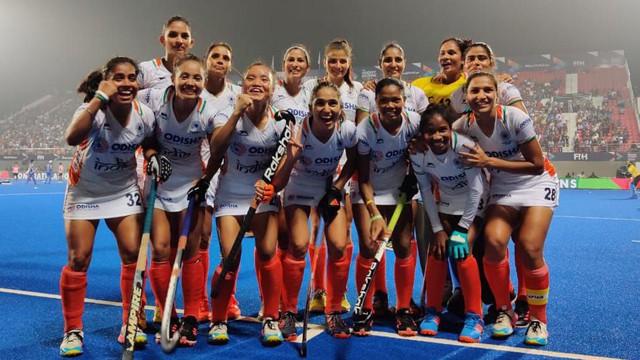 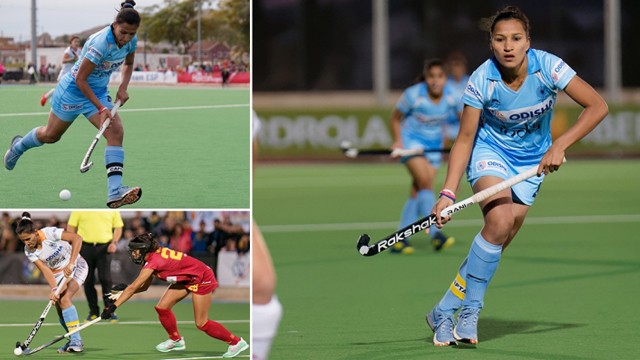 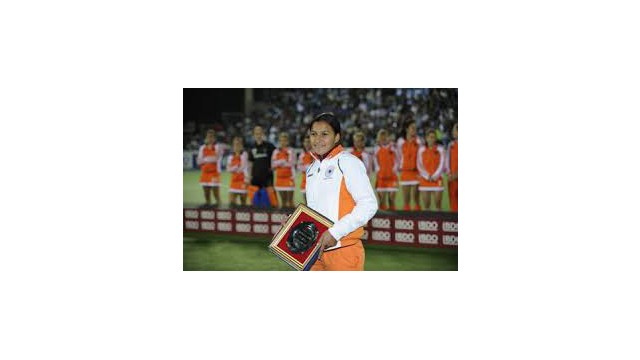 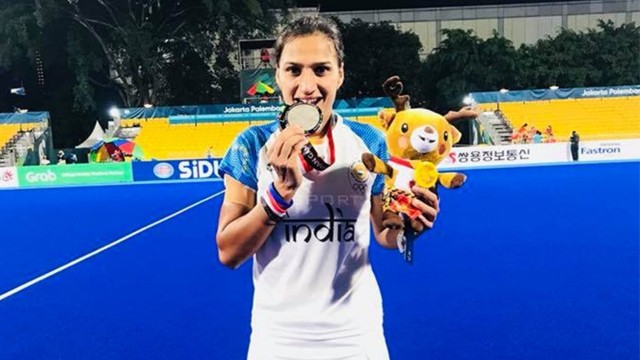 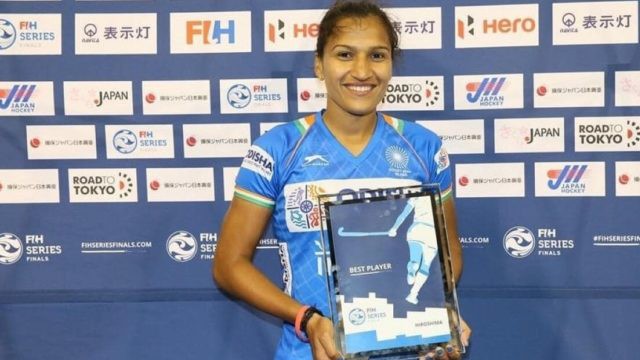 Rani's participation in the 2010 Women's Hockey World Cup, an event held in Rosario, Argentina, was highlighted by her scoring seven goals. As a result of the score obtained by the Indian team in the Argentine event, India rose to 9th place in the world ranking and Rani was awarded the "Best Young Player of the Tournament". In 2013 she was recognized as "Player of the Tournament" at the World Youth Cup in 2013, where she led her team to the podium where they were recognized with the bronze medal. The following year she was nominated for the FICCI Comeback of the Year Award 2014.

In 2016 she was part of the Indian hockey team at the 2016 Rio Olympics. Rani had the glory of accompanying the women's hockey team after a 36-year absence from the Olympic competition. That same year, she won the Arjuna Award, which has been one of her greatest wishes from the beginning of her career as a professional sportswoman.

The demands of sporting life and constant traveling interrupted Rani's university studies. When her participation in international events is counted, 212 international matches are recorded and 134 goals are scored. As captain of the Indian women's hockey team, she spends all her time training and developing strategies together with the coaches and technical team.

She is now recognized as one of the best women's hockey players in the world. In 2017 she participated in the Kakamigahara Asian Cup in Japan. In 2018 the Indian team led by Rani won the silver medal at the Asian Games. Rani's triumphs do not stop: "Padma Shri awarded Rani Rampal as the first hockey player in the world to win the "World Games Athlete of the Year 2019" award: "Rani is an inspiring athlete and a role model for many in India. It was amazing to see the support of Indians, even as high as the Minister of State, Youth Affairs and Sports gave her in this vote along with hockey fans from all over the world. This is what sport is all about: bringing people from different backgrounds and countries together," said the President of the International World Games Association, Jose Perurena.

On learning that she had won she said: "I dedicate this award to the entire hockey fraternity, my team, and my country. This success has only been possible because of the love and support of hockey lovers, fans, my team, coaches, Indian Hockey, my government, Bollywood friends, fellow sportsmen and my compatriots who have continuously voted for me.

In 2020, the Government of India honored her with the Sri Padma Award. For Rani, 2020 is a key year: "2019 was a great year for our team because we qualified for the 2020 Tokyo Olympics. As a team, we want to make 2020 an unforgettable year ! The whole of India will watch the star and look forward to a victory in Tokyo.