From a fight in school to fight for a medal, the journey of this Delhi girl is remarkable.

Bullied at school, got into a fight and is fighting for an Olympic Gold with her Taekwondo skills. Inspiring many to take up this male dominated game.
By: swetha_vangaveti
Published: 2 Years Ago
Last Modified: 2 Years Ago
Read time: 4 min read
Views  104

It was in her school days when Kashish was 14, she was bullied. She couldn't take this blot on herself respect and got into a fight with the boy. On seeing her fight, the school's Taekwondo coach called her and advised her to divert all her energy towards a positive approach and venture into Taekwondo. Thus, a small incident in the school drove this girl to the Taekwondo court. The journey that started in 2014 made Kashish land into professional Taekwondo training by the end of 2015. She sought professional coaching under the guidance of World Champion Sayed Hassan Rezay. 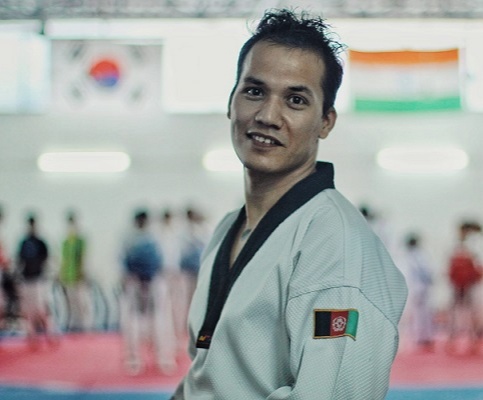 Not So Good Support From The People Around:

When something unconventional is being done, it is natural that one has to face too many hardships, the first among them is being pulled back by the society. She was laughed at for choosing this male dominated sport. People tried to warn her of how the game would affect her physically. She was advised to stop practicing and get back to her long left dream of becoming an IAS, focus on studies and not to pursue a dangerous sport. Her coach and parents stood as strong pillars and all those negative energies didn't affect Kashish. She didn't pay heed to anyone who said that it can't be taken up as a career choice. She wanted to represent her country by entering into Olympics one day. The desire for an Olympic Gold drove her forward with more focus and passion. 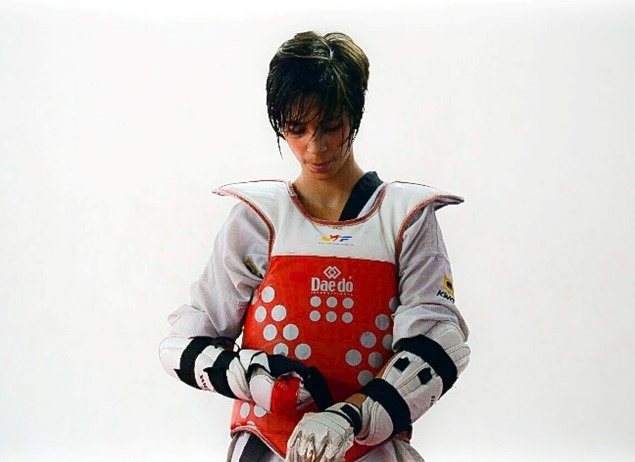 Kashish, who brought the FIRST ever Bronze home in the 5th Fujairah International Open Taekwondo Championship in 2017, also has bagged several medals in National and international championships. This success did not come overnight. It required a lot of effort and sacrifices. Kashish restricted herself from every teenage luxury and pleasure. She toiled hard under her coach's guidance, maintained strict regimen and had to stick to an uncompromising diet plan. The schedules were so hectic and the training sessions also stood out to be harsh. However, she very well knew that everything is worthy at the end. 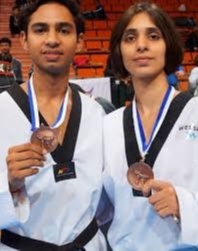 Lessons From The Game:

This ambitious athlete has been learning from various aspects of the game. Right from understanding the standards of domestic and international tournaments, to assessing other players' strategies and improving her own, Kashish focussed on multiple facets of the game. After all, the Gold doesn't come easily. She says that every player has a different strategy and stresses upon the importance of self-confidence and self-belief while competing with the experienced. According to her, Indian players are quick learners and skillful. However, she feels that domestic tournaments need to be more organized. To hone her own skills, she usually sits with her coach and team and watches her own performance and analyses her every move along with observing her opponent's strategies. This helps her in improving her standards.

Her Appeal To The Home Country:

Until 2014, not many in India knew about this game. As the days went by, due to various reasons like women and girl harassment, many started taking up martial arts as a practice of self defence. Still, such games are not given much attention to in a country where cricket bat rules. She expresses hope that when medals are brought to the country the nation starts recognizing the value of these games as well just like badminton, Tennis etc gained prominence. She urged the Indian government to recognize, encourage and support athletes as even athletes strive hard to make India proud on a global setting. She says that more attention and funding from the government would help athletes to achieve big. There was an instance, she recollects, where she had to withdraw from entering an international tournament because of visa issues. When missing facilities are catered and infrastructural changes are implemented, she says, athletes are sure to outshine. 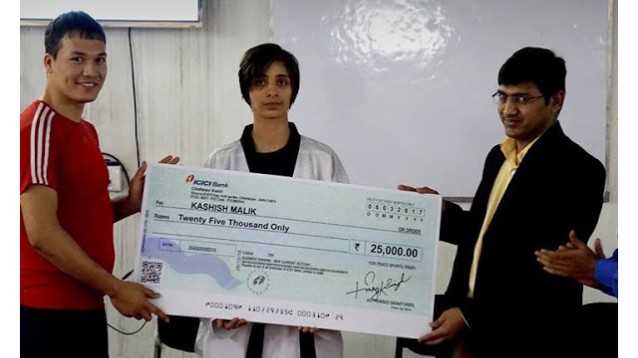 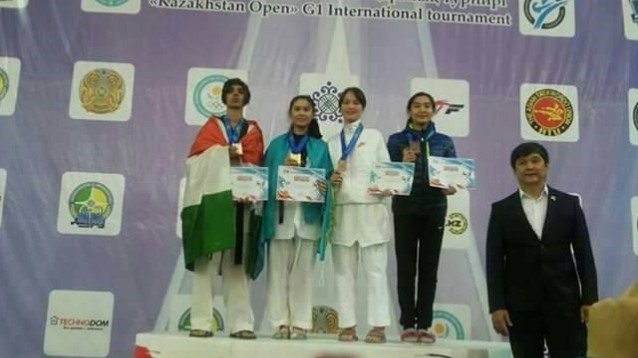 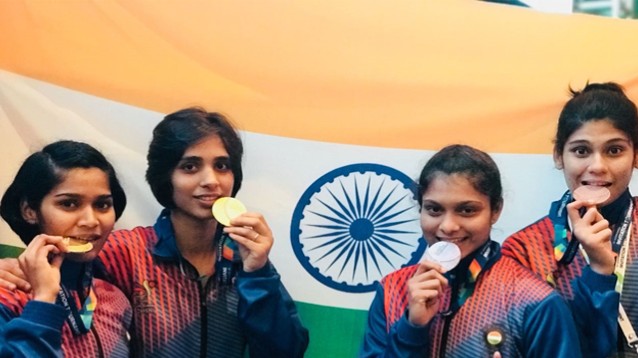 A Change In The Mindset Would Benefit:

Kashish advises the athletes to be strong both physically and mentally.

Athletes, she feels, should spend time with themselves to understand the connection between body and mind. To the society, she says that Taekwondo is not a masculine sport. It is more about firm mindset, strategies and tactics. Making the right decision in right time, using strategies at the same instant– the game is all about flexibility, accuracy, speed and power.

Ready To Ring The National Anthem On The Olympic Stage :

Kashish was all set for the 2020 Asian Championship which was to be held in Lebanon, Beirut in March which has been postponed due to COVID 19. The Asian Qualification Tournament for Olympics too has been postponed. But, once things settle, she is sure to bring home the glitter of medals.

"Take life by the collars and show the world who the boss is, there is a way out for each and every one of you" - she says.

What an epitome of empowerment!! We wish every girl who is afraid to run for her passion and break the walls of conventional mindset be inspired by her and may the nation see the power of mind irrespective of gender.