Boxing and Kickboxing are breathtaking sport! What comes to our mind while we speak about boxing? Well few of us might say it's a Men's sport... but those few of them are completely out of their minds! Because Boxing is been practised and well played by young girls and women of India, In fact, they bag laurels for the country and stand proud by doing so. To support young girls and women who show so much high calibre in Boxing Roshan Singh and Dhiraj Kant started The RJS Club.

About the Establishment of The RJS Club...

The club was started in 2009 by Roshan Singh and Dhiraj Kant, two friends and sports enthusiasts who are black belt holders in martial arts. Dhiraj, who completed his B.Sc. (IT) course in software engineering from NIIT, had taken up a job that did not interest him much. So he decided to quit and start coaching. Roshan worked in a school named Shakti Shanti Academy as a physical education teacher. They both teamed up and started the venture RJS Club in Dighwara, a town located in Saran district of Bihar, which is known as the birthplace of boxing champions who have been travelling across India and winning one medal after another at the district, state and national levels.

These boxers are not all men as you would imagine, but also many confident young girls who are making Bihar proud. Hence the club was for both girls and boys. The admission fee of the club is Rs.300 and the monthly fee is Rs.100, but if the student's financial situation hinders the learning process they coach them for free. One among the female students was Priyanka, she was in class 7 when the club was finding its footing, and it was inside a school. 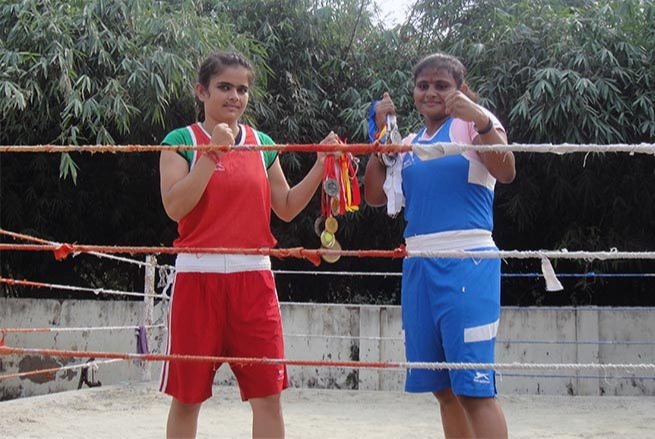 A group of 8-10 girls from her school began by learning Taekwondo and slowly moved on to boxing under coach Roshan. But girls would join the sport and then drop out because their parents did not approve of boxing. However, the passionate ones didn’t let go.

It was in 2009 when the third edition of the Junior Women National Boxing Championship was held in Patna, that the girls witnessed a turn in events. It was the first time that such an event was taking place in Bihar and Priyanka and Varsha who another female student, were able to participate. The clink of medals accompanied them home, Priyanka won silver and Varsha bagged a bronze medal. News of this victory spread throughout Dighwara. It was in the newspapers as well. This was when Ashok Singh, an independent politician in Sonepur assembly constituency, decided to help further the initiative.

As the secretary of Ram Jangal Singh Inter College in Dighwara, he proposed that space be given on the college campus for the coaches to continue their training and to encourage more girls to participate. 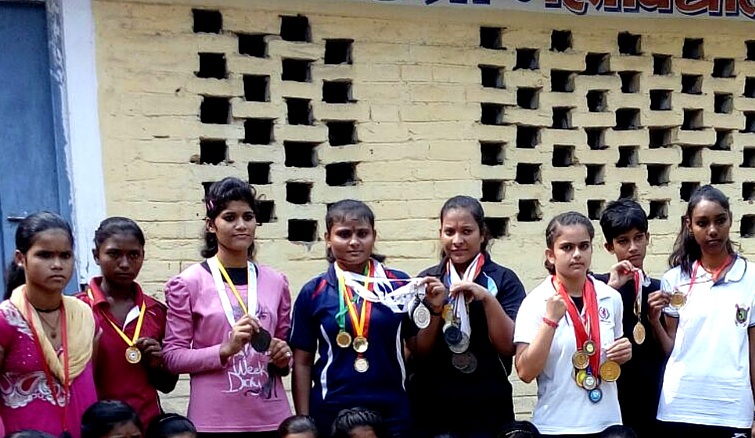 Varsha and I – we are among the first girls in the village to be active sportspersons. When I won my first medal, everybody in the village was very happy. There are some people with a negative mindset who say that this sport, and the fact that we practice alongside boys, is wrong for girls. But there are many who encourage us. My only concern was that my family should support me. Once you get their support you can always fight the people outside, says Priyanka, who has played at least till the quarterfinals in each of the national championships that she has participated in until now.

''The coaches never discriminate between girls and boys…There is nothing like we are girls so the practice will be light for us. It is the same for everyone,” says Varsha. While her family members were not very supportive about boxing, in the beginning, they later came around and she went ahead to win a silver medal at the 5th Junior Women National Boxing Championship held in Tamil Nadu in 2010 and a bronze medal at Patiala in 2011. She also participated in the 16th Senior Women National Boxing Championship this year.

Both girls are currently busy with their BSc final year exams and after graduation; they wish to pursue diplomas in sports coaching from the Netaji Subhas National Institute of Sports (NSNIS). 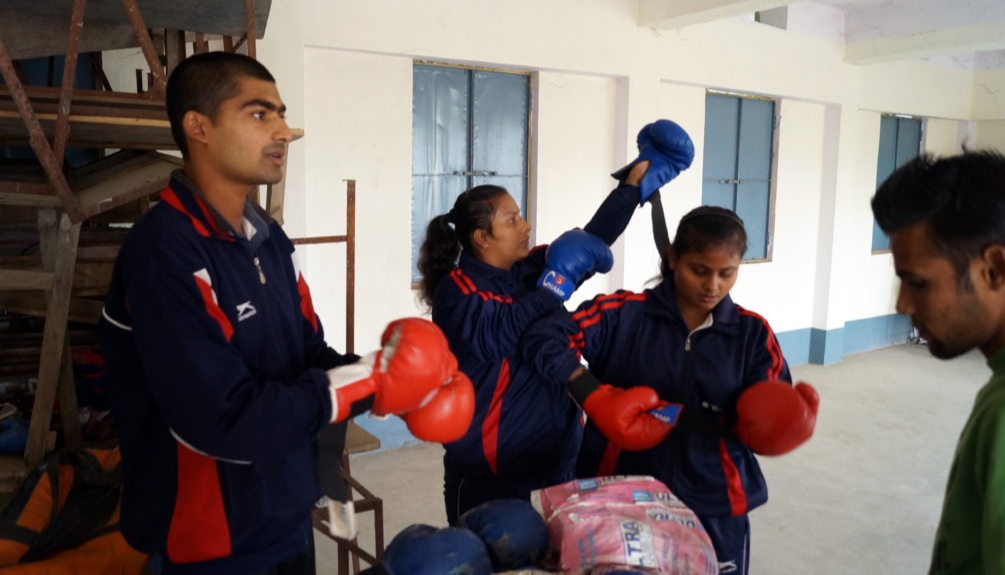 When compared to players from other states during national championships, our performance weakens a bit because they have all the facilities, kits for practice, a proper boxing ring, etc. We don’t have any of these and the difference is visible, says Varsha.

Girls with so much interest and love towards the sports are sometimes not supported by their own family. While the approval is denied the talent gets buried within them. But when the girls have their parent's support they can win the world... no matter what comments others pass, they can defeat the others and stand on their own with pride and confidence.

Highly potential Students who practice here don't own the luxury of proper boxing rings because of lack of financial support. They practice on a makeshift ring which is built of bricks, sand and cement. One of the civilians who came across this club decided to help them by raising funds through the Milaap campaign, the amount required for a boxing ring is approximately 2-3 lakhs. This civilian along with Redditors has planned to raise 1 lakh through the campaign to donate to the RJS Club.

Surely many will come forward to extend financial support to this male-dominated sport and encourage girls to take up.