India Book of Records declared this pre-teen as the youngest poetess. Here is the story.
By: swetha_vangaveti
Published: 4 Months Ago
Last Modified: 4 Months Ago
Read time: 4 min read
Views  31

Feeling of lethargy can make someone succumb to several unwanted activities. Most children, teenagers and youth fall prey to ennui and start binge-watching videos on phone, do binge eating, or get addicted to various undesirable activities. This, in turn, leads to several glitches in behaviour that might lead to future problems. One simple concern called ‘boredom’ can lead to several mishaps, if not handled properly right in the initial stages. People who can divert it on a positive note, make the best of it in their lives but those who cannot handle it properly will go nowhere. Here is the story of a pre-teen who was troubled by boredom but decided to make the best use of the time she has had. Her effective use of the time rewarded her with entering her name in the India Book of Records. Let’s see how this amazing teenager has set an example to all those who complain of having nothing to do but binge-watching movies and eating chips.

The casual Problem Of Boredom That Gave Rise To A Poetess:

Amana is a class 8 student who goes to the Bishop Cotton Girls School. She was stuck with boredom when the world came to a standstill with the outbreak of pandemic. With the schools shut down and with absolute locking of people in the houses, this pre-teen felt lethargic and had nothing to do at home. She turned to her mother who advised her to write something. Amana didn’t know at that time that her mother’s advice is going to change her life for good. The girl started penning poems. It was the outbreak of covid and people were feeling locked up and wailing for having lost their freedom to roam and dwell outside their homes. On the other hand, Amana made the best use of the time that out-of-school hours gave her. She sat with a pen and paper. Within just one hour, she penned a poem. The journey of a young poetess thus started. To date, Amana has penned more than 275 poems. She writes them in English and Hindi. Her poems were published in several newspapers and websites. 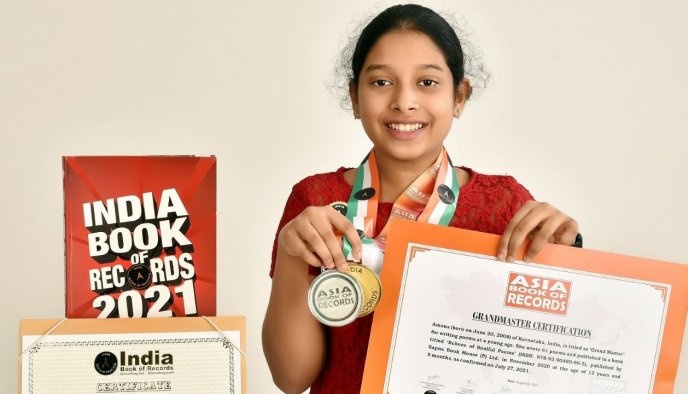 Amana penned 61 poems which were collectively published in a book named “Echoes of Soulful Poems”. The book is published by Sapna Book House Pvt. Ltd. in November 2020. Amana was 12 years old then. She thus set a record for becoming the youngest poetess at the age of 12 years, 5 months and 10 days. Amana entered the India Book of Records as the youngest poetess. When asked about her writing journey, Amana said that once she started to write, there was no stopping to it. “I began writing and there was no looking back. I am also a bibliophile with about 500-plus books so I had subconsciously thought to venture into the literary scene, but this was unexpected for me as well”, she said. 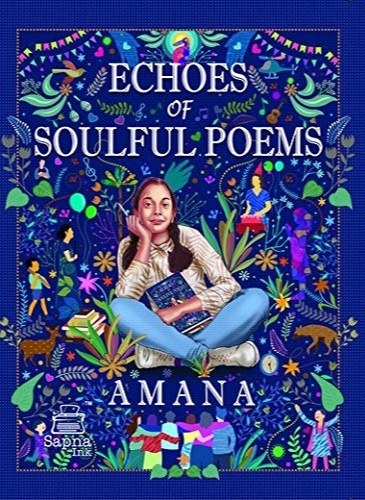 She also mentioned that she would attribute her success to her mother. “She is the force that pushes me to write. She is a huge support system for me,’’ she said. Writing a book, she says, is a never-ending path. Though she finishes writing each of her poems in just one hour, compiling a book is a tiresome process that takes longer than just writing poems. “Though my first book took about four months to write, I must admit it was emotionally draining as well for the first time but then I got accustomed to the author’s life,’’ she said. Talking about the support and appreciation she gets always; she says that it was her mother who keeps pushing her always suggesting she write something. She also said that her classmates and teachers at school also encourage her to a greater extent. She also expresses gratitude towards her school principal for being so understanding. Talking about her English teacher, Amana said, “My English teacher was the first person who sowed the seeds of writing in my head, she was the first one to suggest it to me. I am glad that she did. As for my classmates, they all are so appreciative,’’.

Amana said that she loves literature so much that she would continue writing poetry because she also feels liberated. When asked about her future plans, she said that she is “erratic and volatile”. “Till the last week, I was into astrophysics and now into medicine. There is no trusting me on this. I won’t be surprised if my career is something unexpected or never thought of. In the near future, I also plan to jump into prose,’’ she said. Amana, whose second book is in progress, says that everyone should develop one positive habit that makes them better individuals and helps them progress in their lives. 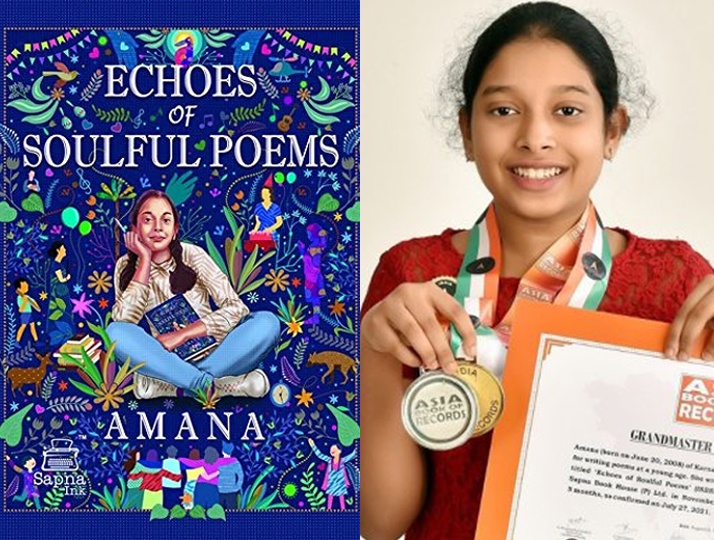