"A  successful achiever is the one who has intense stamina, who is always centered around his aspirations and steady in his attempts to conquer the inability."

Each year on auspicious Republic Day, the Indian government recognizes youngsters for their outstanding achievements. Bal Shakti Puraskar is presented to youngsters in the areas of creativity, social work, scholastics, athletics, music, and literature, as well as courage. The award comprises a considerable cash reward of 1 lakh rupees, a medal, a certificate, a quotation, and a smartphone. The Bal Shakti Puraskar, 2020 was awarded to 49 youngsters in the age gathering of 5-18 years.

President Ram Nath Govind granted the Bal Shakti Puraskar to the duo speech and hearing weakened badminton champs, 2020 - Aarushi Sharma and Vinayak Bahadur - from Meerut at the Rashtrapati Bhavan on Wednesday (January 23, 2020). Aarushi of Dewan Public School and Vinayak from Shanti Niketan Vidyapeeth have medals for the nation.  Where on the one hand, Aarushi has won the bronze medal in the fifth Asian Pacific Deaf Badminton Championship; on the other hand, Vinayak has won four gold awards at the national level.

Bagging awards at a young age…..

Among hearing debilitations, Aarushi Sharma received this honour for her exceptional accomplishments in Badminton.  She underwent cochlear implantation at the age of 3, following which she had minimal hearing capacity. Through earning numerous awards at the National level Games to receiving a gold medal for India at the Asia Pacific encourages educators, Aarushi has consistently shined! 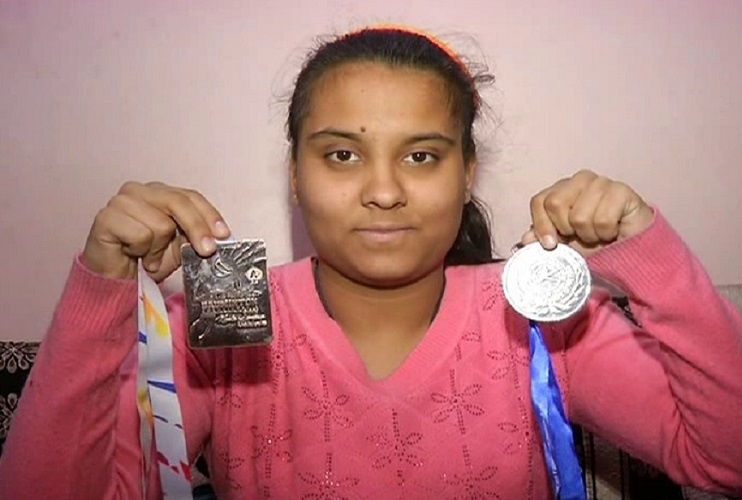 "Aarushi honoured with bal Shakti Puraskar 2020 for her sport splendour."

PM Narendra Modi was thrilled to meet Aarushi Sharma, who had already built a reputation for herself at an early age through her victories in badminton.

She began playing at 9 and expects to partake in the Olympics and keep on playing the game, which gives her certainty that she is not less than what others. Kumari Aarushi Sharma, born on  July 30, 2005, is an experienced badminton player. Apart from speech and Hearing Disability, she confronted numerous requirements; however, her soul stayed unflinching. She bagged a Bronze award in the twentieth National rounds of the hard of hearing 2017 held at Chennai. Everyone's eyes get dim yet hearts swell with satisfaction as when such a talented player, Aarushi manages to receive the Bal Shakti Puraskar award. 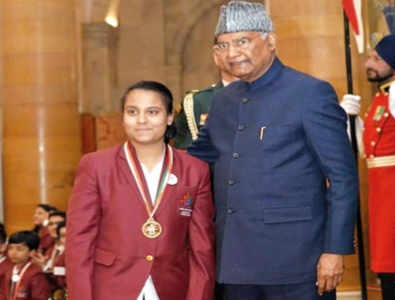 Her father fondly speaks of his daughter …. Arushi has always surprised them with her dedication, passion, discipline and she never complain attitude. Arushi makes every effort to turn her disability into ability and is a great inspiration to others. She is grounded and is also doing well academically. 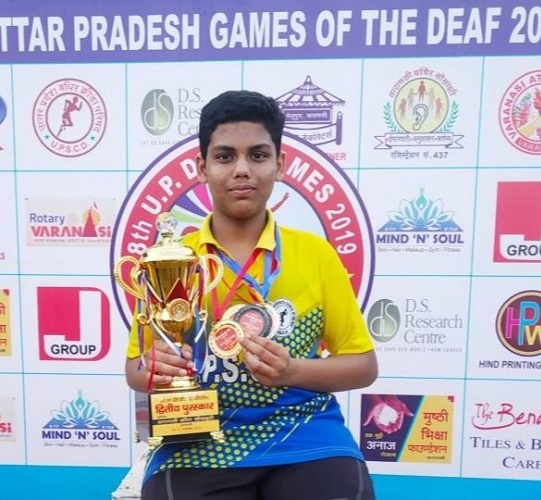 Despite being completely speechless and profoundly deaf since his childhood, he has been a national and state level Badminton Player. His admirable accomplishment, determination, and intellectual strength in the face of physical disabilities have encouraged several others like him who live for their passion. Vinayak Bahadur received Bal Shakti Puraskar in 2020 for his achievements in the sports field.

Vinayak Bahadur has won four gold, three silver, and one bronze medal at the federal level. He additionally stowed numerous awards at the state level.  P.M. Narendra Modi expressed, "He was intrigued by his determination, through which he defeated numerous difficulties. Happy that he has been granted the Bal Shakti Puraskar.” 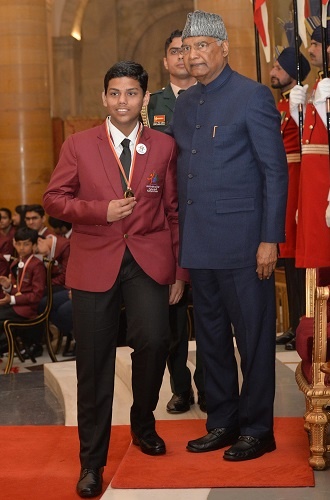 " Vinayak Bahadur's model abilities and unbelievable confidence in Badminton are a motivation for the youth."

Vinayak's mother, father, along with his grandma, are discourse and hearing disabled. Kadesh Bahadur, the granddad of Vinayak, stated, "He began playing at seven and since the time there has been no thinking back. We trust that he will accomplish significantly more later on."

A message to youth….

And their encouraging statement to the youth "If you have an urge, never let that go.  Accrue confidence to believe that you can excel while turning each stone to make progress."  May you both continue to shine and keep sparkling!