Who is Arjun Narendran?

Arjun Narendran is an Indian car racing driver from Coimbatore, India. He started his racing hurtle in 2011 by partaking in Indian National Touring Car Championship. Taking part in various car races over the period of years, he has become immune to winning them. The latest win was the MRF F1600 which makes him eligible for the Mazda Road to Indy shootout in the United States shortly this year.

How did the racing stint start?

A computer engineering graduate who had a droning and mind-numbing life, just like any other youngster which ended up to rash driving on the streets for some zeal. His uncle, V. Ramnarayanan got to know about his nephew’s destructed life and wanted to navigate him to a better future. He wished to get his nephew’s talent to be used in an effective and lucrative way. It’s then that he started taking racing seriously.
From someone who wanted to be a cricketer when young to being the talented racer, it was his sheer luck. Coming from a family of racers, his racing career did have a lot of impact of his father, S. Narendran and uncle, V. Ramnarayanan who themselves were former racers. 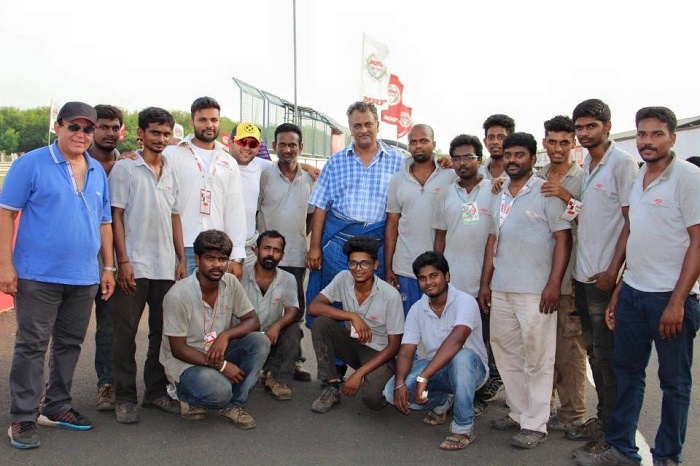 He is also indebted a lot to N. Leelakrishnan who had been his mentor and inspiration since 2012. He has been a guiding light to him ever since. He owes his success to him. He discussed all the data after every session with him so that the same mistakes were never repeated.
An aggressive youngster, he is ready to face any obstacles. His calm and peaceful nature has been a contrast to his racing career.
Let’s run through his career graph closely.

He wants to do a rally even though it’s risky as he loves taking risks.
He also wants to go to the U.K. for a year for his future studies. Meanwhile, he would continue taking a couple of rounds on karting track to keep him fit for future races. He would want to save some chunk of money for a big race or two as racing is incredibly expensive.
We wish him luck for all his future races and also, wish to see him become a celebrity racer some day in future.