95YO gymnast gives away a few tips on what keeps her motivated.

Oldest gymnast in the world started gymnastics at the age of 9. Set the Guinness Record for being the oldest gymnast at 86. Now at 94, still didn't quit.
By: swetha_vangaveti
Published: 1 Years Ago
Last Modified: 1 Years Ago
Read time: 2 min read
Views  88

Doing headstands, cartwheels, splits and stunts is something that a fitness enthusiast who practices a fitness routine does with ease. But what if it is the case of a 94-year-old lady? Roll your eyeballs around the globe and pause when you come across Germany. She is Johanna Quaas, the oldest gymnast in the world.

Left for No Choice But The Drive Never Stopped:

Her green leotard covers her fit skin and her astonishing moves on the parallel bars have nothing to do with her white hair and round glasses. Born on November 20, 1925, in Germany, Quaas started learning gymnastics at the very young age of 9. However, post World War II, East Germany discouraged individual sports and promoted team sports because of which Johanna took up handball. She sketched her signature in handball too and also won the Eastern German championship in 1954. Though she excelled at handball and won tournaments, her love for gymnastics didn't fade away. After getting married and while raising three children, she turned into a gymnastics instructor embracing her love again.

Johanna participated in various amateur competitions and brought home many winning streaks. She won the German Senior Citizen Championships 11 times. At the age of 86, in the year 2012, the Guinness Book of World Records declared Quaas the world’s oldest gymnast. This Guinness World Record holder also has worked with gymnasts who competed in the 1964 Summer Olympics. She became well known to the world through her YouTube videos featuring her performances at the Tournament of Champions in the Cottbus Lausitz-Arena. This was followed by the television and newspaper reports in German and international media. The American television stations NBC and ABC also featured her performances including the one on Gottschalk Live. Numerous Chinese newspapers also featured articles on Quaas.

The International Gymnastics Hall of Fame awarded Quass with the Nadia Comaneci Sportsmanship Award in the year 2015 alongside two former Olympic gold medalists. 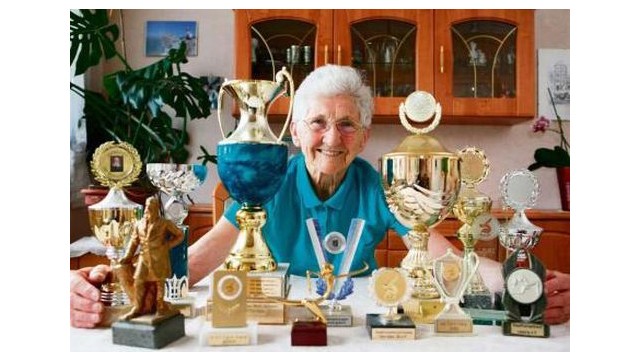 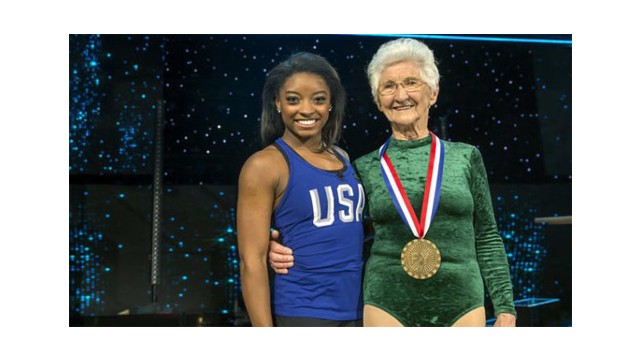 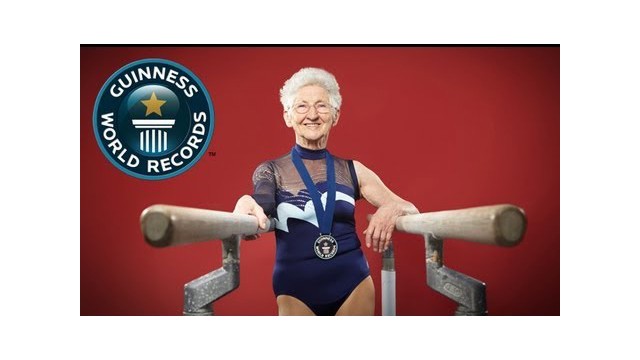 Will Compete Until She Can't:

This 94-year-old iron lady who doesn't care for the screams of her wrinkled skin uploaded a video of her performing routines in floor exercise, parallel bars and balance beam just a few months before her 90th birthday that has gone viral gaining 26 million views on YouTube. She says that the secret of her health is to eat the right portions and depending on greens. A healthy diet and a green lifestyle are what makes her physically and mentally fit.

"My secret is a very well rounded, healthy diet. I make sure not to eat too much or too little, and I eat plenty of greens.”, said Quaas. She also says that it is competing in gymnastics that keeps her young and going.

“I do gymnastics to avoid being susceptible to falls and that is a good preventive tool,” Quaas said.

“My face is old but my heart is young. Maybe the day I stop doing gymnastics is the day I die.”, she said.

Endurance and perseverance are the keys to sustainable living and this is what Johanna showed the world. Go youngsters, challenge this 94-year-old and if you succeed in doing what she does at 94, pat your back and remind yourself constantly to continue without quitting. 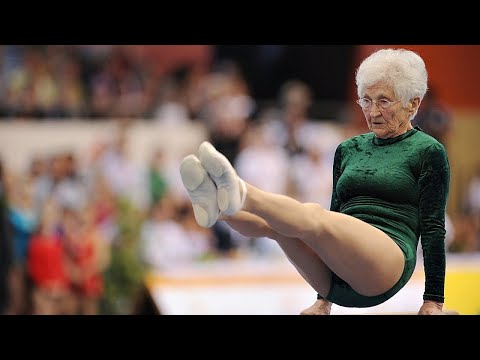