A pleasure trip that turned into a business idea and now generating a 7 crore business.

People often go on pleasure trips to break from routines. Up to the mountains, into the woods, across the waters, and everywhere, pleasure trips are often taken by people occasionally for rejoicing. Sometimes, these pleasure trips provide life-changing ideas. The same thing happened with two friends who went on a jolly trip and came back with an amazing business idea that landed them on par with successful entrepreneurs.

Bengaluru’s Abhishek Chandrashekar, a mechanical engineering graduate, and Akash Suresh, a computer science graduate, both from RV College of Engineering, went on a trip to Pondicherry. There, they wished to hire a motorbike for local sightseeing. A person offered them a bike but he had no documents connected with it. He asked them to call him if the cops catch so he would take care of everything. This amazed the boys and once they were back to Bengaluru, they started doing research on bike rental services. To their surprise, they did not find any. No companies in Karnataka were renting the two-wheelers. The duo then decided to grab this as their business opportunity.

The two 22-year-olds started “Royal Brothers” in May 2015 as soon as they graduated. They hadn’t attended any campus interviews as they were sure of what they wanted – to become entrepreneurs. Though they have initiated the project, they could not start the operations back then as they hadn’t received the license yet. They weren’t sure of how long it would take for them to obtain the license but they were just sure of their idea going successful. With five Royal Enfield Classic 350 cruiser bikes, they started from an 800 sq.ft office and a 100 sq.ft garage. 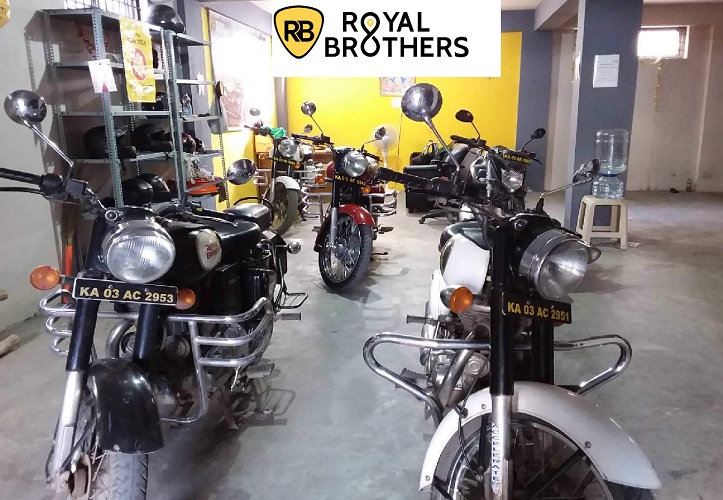 The Rough Beginnings And The Smooth Landings:

The beginnings were not so easy, in fact not easy at all, as the road to this business was never laid before in Karnataka. Being the pioneers, the two friends had to start everything from the scratch not having anyone to look up to. Three months after the starting of operations, Kuldeep Purohit, another 32-year-old young man joined the team. The two had to knock the doors of the state transport secretary’s office who wasn’t so responsive in the beginning but later became very supportive of the duo’s business idea when they explained to him how convenient it would be to the commuters as well as acts as a revenue-generator for the government. Also, the banks were not ready to give them loan initially but the friends tried and tried until everything fell into place for them. 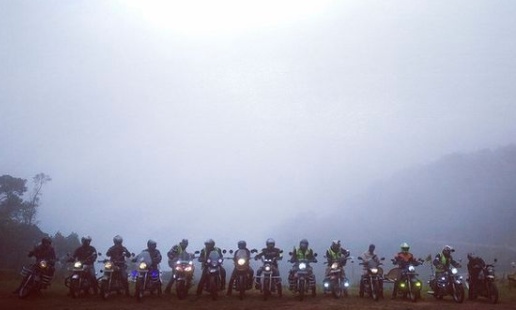 What started with two employees is now spread to 25 cities including Karnataka, Andhra Pradesh, Kerala, Gujarat, Telangana and Rajasthan with 2,000 bikes fleeting across the country. They cleaned the vehicles and handled deliveries all by themselves initially. The duo took care of the documentation while the customers uploaded their license and other documents like the identification proof. The bike owners would receive 70% of the rent and the rest would go to the company’s share. One more challenge the team faced was that they had lost three bikes to theft so far and thus they have installed them with GPS and made sure that all bikes have insurance cover. Today, the trio’s company is making a turnover of around Rs.7 crore. Yeyyy!!!

If youth think of doing something different, they can accomplish it with all grit and courage. May the trio’s business flourish and may many youngsters take the roads not taken before and succeed!!