An MBA from Kerala. Received a doctorate from Middlesex University. Only non-Arab to be elected as the Director Board member of ADCCI. Expanded Lulu hypermarket
By: swetha_vangaveti
Published: 1 Years Ago
Last Modified: 1 Years Ago
Read time: 5 min read
Views  34

The Man who left the Indian shores and established his overseas business,  eventually became the head of a diversifying business range, set to spread the goodness of his humanity back in his motherland. He is the kerala-based entrepreneur Yusuff Ali, the man behind the LuLu Group International.

Yusuff Ali who was born in Thrissur district on 15 November 1955, completed his schooling from Nattika and completed his diploma in Business Management and Administration. He left India in 1973 to Abu Dhabi to join his paternal uncle, M K Abdullah, the chairman and the founder of the LuLu Group of companies. He did not just confine himself to work for the company but strived relentlessly to increase its scope.

He ventured into the supermarket business by launching Lulu Hypermarkets in the 1990s. That was the time when the UAE's retail sector saw a major drift, with the traditional groceries and supermarkets giving way to large stores and hypermarkets. While the entry of Continent changed the face of retail business in Dubai in 1995, Yusuff Ali took charge of Abu Dhabi's retail sector by starting LuLu Hypermarket.

Yusuff Ali, later diversified the business with the import and distribution of frozen products from Europe and the United States. The business was soon expanded to both food and non-food categories. The group then ventured into cold storages, meat, and food processing plants, large-scale import and distribution to hotel groups, catering companies, and shipping services. If I say that the group held a larger share in the retail food market in the UAE by 1980s, you should be proud that it's an Indian who achieved this. With its operations spread over three continents, the group went global. The retail chain of LuLu Hypermarkets and Supermarkets is rated as one of the major players in the Middle East retail sector with more than 100 stores in Arab states of the Persian Gulf. The group also owns several shopping malls across the GCC states. 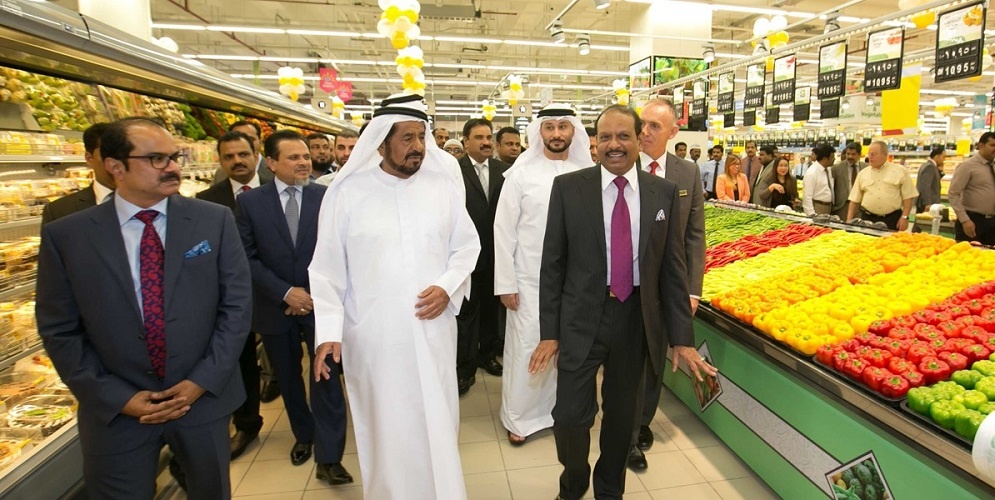 The group's first retail venture in India, and currently the largest shopping mall in India, LuLu International Shopping Mall was opened on 10 March 2013 in Kerala. The LuLu Group has over 40,000 employees from 37 nations, out of which over 25,000 are Indians. Retail business operations are found in UAE, Oman, Qatar, Kuwait, Yemen, Saudi Arabia, Bahrain, Egypt and Kenya with sourcing and manufacturing bases located in Far East, India, Africa and Guangzhou in China. Indian operations include Food Processing, Export of Food and Non food products and convention centers with bases in Trivandrum, Delhi, Lucknow, Mumbai, Chennai, Cochin and Trichur. The Group was ranked as one of the fastest growing retailers in the world by Deloitte.

Not just expanding his business empire, this NRI entrepreneur also has a big heart to give back to the society. He extended his helping hand and displayed his sugary heart during innumerable instances and stood by the people during hard times. His philanthropic activities have got to have no bounds, no differences of region, country, religion, and creed.  As part of its Global CSR policy, the LuLu Group, in association with Dubai Cares, adopted schools in Gaza and Nepal.

Yusuff Ali took initiative and opened a multi-faith funeral centre for the Indian community in Sharjah. He set to sell and promote organic products grown by the special needs community in UAE through LuLu Hypermarkets.

Yusuff Ali's contribution to rescue the victims of the Gujarat earthquake was commendable. He donated towards Tsunami Relief Fund in Asia, and Typhoon and flood relief in other parts of the world. He is being instrumental in the social, economic and religious welfare of expatriate Indians in the Persian Gulf region. His role in finding land for the Christian community to build churches, and secure cremation grounds for the Hindu populace in the Gulf region is remarkable. Yusuff Ali was there to help the Indians in the Persian Gulf when hundreds of Indians lost their livelihood during the amnesty period. He was responsible in rehabilitating people who lost their livelihood in the Calicut market fire. Yusuff Ali donated Rs 50 million for the flood-hit kerala in 2019 through Khalifa bin Zayed Humanitarian Foundation. Yusuff Ali strived hard to bring in foreign investments to India especially to Kerala for various infrastructural development projects, including the first International Airport in Kochi. He also played a significant role in making the dream project of the kerala state, the Kochi Smart City venture, a reality. 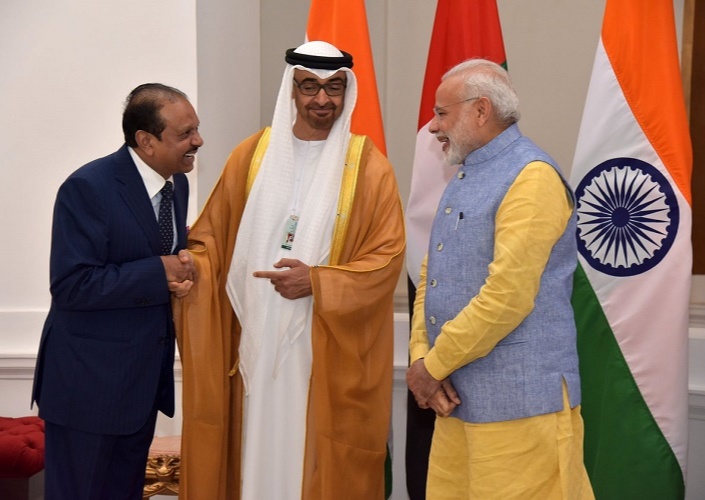 Showered With Respect For His Big Vision And A Great Heart:

With the UAE's Minister of Tolerance Sheikh Nahyan bin Mubarak Al-Nahyan as the chief guest, Middlesex University, Dubai conferred an honorary doctorate Yusuff Ali. “Yusuff Ali played an important role in strengthening the relationship between India and the UAE and for setting benchmarks in entrepreneurial leadership.” said Nahyan.

He described him as a person with an “impressive record of achievements."

In recognition of his remarkable achievements, he was showered with the prestigious Padma Shri by the Government of India on 5th May, 2008 and became the first ever NRI from the Gulf and the Middle East countries receive this honor. He was awarded the prestigious “Pravasi Bharatiya Samman Award” the highest Indian Government Award given to Non-Resident Indians in January, 2005. 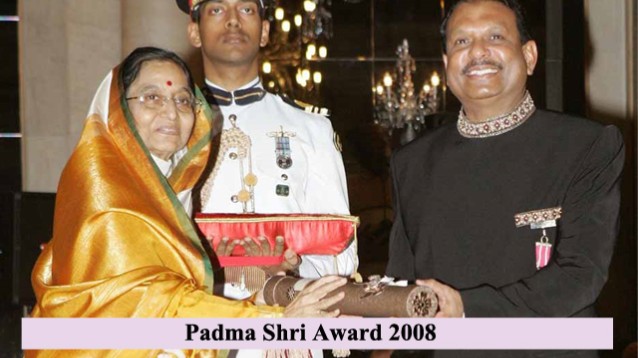 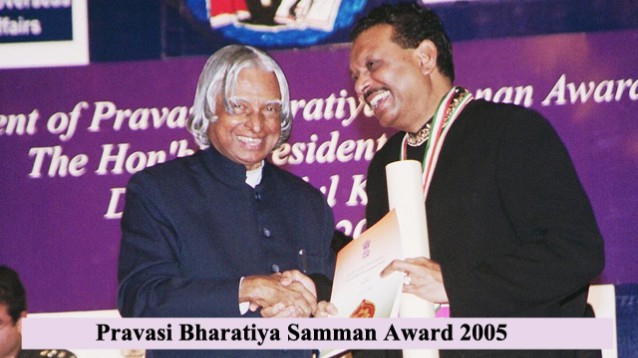 Another diamond in his crown came as the recognition wherein he was elected by the U.A.E. business community as the Director Board member of the Abu Dhabi Chamber of Commerce & Industry (ADCCI). This was the first time elections were held for the ADCCI and an expatriate was elected to the Director Board of one of the world’s most prosperous and wealthy business regulatory authorities.

Kudos to the man who not just made his life big but is also trying to walk millions of lives across the globe towards betterment. We are proud to say that one such magnificent icons who has been spreading his innovative mind and philanthropic heart to reach every cranny of the globe is an Indian.