Eco-Warrior tries to tackle the Delhi pollution with cutting-edge technology.

Debayan  Saha is a mechanical engineer who took on the commitment of cleaning the air as his own responsibility and focused on the development of technology aimed at reducing the particles emitted by vehicle combustion that accumulate in the air.

In October 2018, the World Health Organization held the first World Conference on Air Pollution and Health. During the development of the conference, it was established that every year seven million people die as a result of environmental pollution. As a consequence of the conference, polluted air was designated as “the new tobacco”, given the number of lung cancer deaths associated with air pollution. 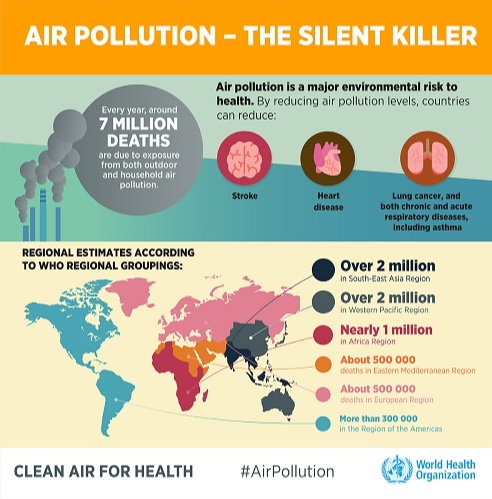 The commitment of the attending countries was to reduce pollution; however, this is a commitment of all. Unfortunately, in 2019 Delhi-NCR was named the city with the highest pollution rates in the world by two prestigious international organizations: Greenpeace and Air Visual. 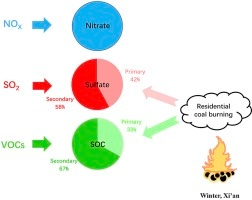 One of the most dangerous characteristics of  PM2.5 is that it cannot be distinguished without equipment specifically designed to detect it. People do not identify it and authorities are not pressured to remove it from the air. In Delhi, the presence of  PM2.5 is up to 20 times higher than recommended international standards. However, engineer Debayan  Saha points out that there are no minimum levels of PM2.5, as it is a toxin that at any level is harmful to health.

PM2.5 enters the body by breathing contaminated air, and when it reaches the lungs it mixes with the bloodstream and affects the heart. In addition, lungs affected by PM2.5 are prone to asthma and degenerative and fatal respiratory diseases such as cancer. Its effects on children are devastating, as it reduces infants' lung capacity. The WHO attributed to PM2.5 an average of 3.1 million deaths per year worldwide In Delhi, PM2.5 levels are above 60 per day, three times above the WHO-recommended limits of less than 25 per day. PM2.5 is so dangerously toxic that the WHO recommends maintaining levels of 10mg per cubic meter per year. The person in Delhi should wear cotton masks that block the passage of PM2.5. Some people don't know about this and recommend planting thousands of trees to combat pollution in Delhi, but trees do not remove PM2.5, because it is particles, not gases.

Formation of the ecological warrior

Debayan Saha is a graduate of IIT Kharagpur and he was a graduate student of Global Biodesign at Stanford University. During his time as a student, he won awards for innovation such as the GE Edison Challenge, a call for university students from all over India, with the aim of stimulating technological innovation. Upon graduating from college, he worked at a drone design company for the Indian defence force, but that job did not meet his expectations: "It seemed like an attractive job; the kind that most IIT graduates would aspire to, but then I started thinking seriously about how I could benefit society at large through my work. I wanted to do something that would really leave a lasting impression," says Mr. Saha. Upon his return to India, the government invited Mr. Saha to join the team of dedicated health researchers. Mr. Saha’s health research was advised by famed pulmonologist Dr.Randeep Guleria, Director of AIIM and WHO spokesperson on air pollution. Shortly afterward Mr. Saha founded the start-up Persapien, where he developed a successful nasal filter called Airlens: "Besides being popular with consumers, it also won us many national and international awards". Among the awards obtained by Mr. Saha are Enzen Global Hackathon - Innovation for Sustainable Development, 2018, London, and the Best Innovator in Start-up Award, India 2018.

The invention against PM2.5

The revolutionary technology to remove PM2.5 toxin designed by Mr. Saha combines electrical energy and wave power to make various environmental pollutants adhere to PM2.5 molecules making them very heavy: “It is a plug-n-go device. Once it is installed, it runs like any other electronic device. Because of the weight, PM2.5 along with other toxins fall to the ground. The device was named "PM2.5". The experience Mr. Saha gained in a company designing health devices sparked his interest in developing devices applied to environmental care: "From that experience, I learned the value of a multifaceted team. I realized that there are many other things beyond engineering needed for medical development, such as understanding the regulatory pathway and clinical trials," he says.

Away from home you still can get your kinda home food delivered on time and fresh.

Meet the young photographer who is taking the internet by storm through his Paper mask pics.

Meet Shreenabh Agrawal — the child prodigy who is taking the world by storm.

31 contestants compete for the most coveted crown at the Femina Miss India 2020. Don't miss the show..

Doctor's prescription for writers: A Tall, Strong Glass of 'Medeira'

"Bee"-saver girl educates on the importance of saving Bees, creates an enterprise worth millions.

Floral Art is something beyond one's imagination. Got to get one made to see the beauty.

Away from home you still can get your kinda home food delivered on time and fresh.

Meet the young photographer who is taking the internet by storm through his Paper mask pics.

Meet Shreenabh Agrawal — the child prodigy who is taking the world by storm.

31 contestants compete for the most coveted crown at the Femina Miss India 2020. Don't miss the show..

Doctor's prescription for writers: A Tall, Strong Glass of 'Medeira'