People: "Focus on a single project rather than trying hands-on many"

Our entrepreneur: "I am too young to stop learning and focus on one, I have many hindrances to clear and then move a long way so that I can strive for excellence sooner or later."

By now you must have understood who we are bringing to you. An entrepreneur. You must have also understood that this entrepreneur did not venture into one but has taken up many projects. What are they and was he successful in all of them? Let's look into the journey of a Sikkim-based entrepreneur who has established close to 35 start-ups many of which failed and gave him immense learning experience to build successful others.

Rewaj Chettri is the son of Lt. Taraman Chettri and his inspiration is his mom Dilu Chettri. Having completed his schooling from Rockvale Academy, Kalimpong and senior secondary from Sadam Senior Secondary School, he gained his B.Sc degree in Forestry from the North-eastern Regional Institute of Science and Technology, Arunachal Pradesh. He is considered as one of the youngest entrepreneurs and was featured in the "Forbes 30 under 30" alongside Indian shuttler  PV Sindhu and Bollywood actress Anushka Sharma.

Rewaj started his first project when he was in college. His took initiative to solve the issues related to students and staff of the college. At the same time, he set up a printer in his hostel and printed notes and projects for his fellows. Later, he started another project called the "NERIST News" - a news network in his college which is still in operation till date. The students' union of the college has selected him as the Finance Secretary. During the second year of his college, he started NE Taxi- an official business venture to which he is the CEO. Thus, his entrepreneurship journey started while he was in college, and ever since then, there's not even a comma to it. 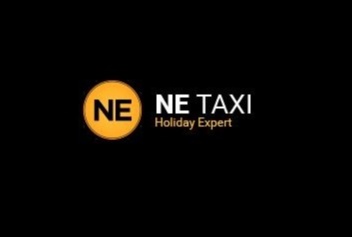 Rewaj has started exploring multiple arenas and has initiated many projects at one go. While most of the people have a love for gadgets, automobiles, etc. he has a love for doing something new always. With a constant yearning to start something unique and exciting, he got into initiating more than 30 projects so far. Though many of them failed, he has notable successes too to his credit. RZ Prints, Peking Stall, North-East Tour Guide, Rupee Shopping, Coupon Daily, Jobbo, Cisum, North-east Taxi, GO Sikkim, Seekim, Anything Post are a few ventures that he started so far. One such unique and an interesting project is CISUM (MUSIC in the reverse order)- a music and entertainment app as well as a website that promotes the music of the Sikkim-based and North-east artists. Though there are other apps that do the same, the uniqueness about CISUM is that it exclusively features the artists from Sikkim and North-east so that their work is known, voices are heard and a wide range of audience can reach out to them. Though it didn't do well initially, the app and website slowly picked up and they started receiving great response hosting online ticketing of events and musical extravaganzas. Sikkim’s native band, Tribal Rain’s new album ‘Roka Yo Samay’ is the present bestsellers. NE Taxi is another company founded by Rewaj in 2013. This is something close to his heart. It is a tourist taxi service that connects the drivers and passengers providing a safe travelling platform. With an investment of $4.60, he started NE Taxi and has seen it flourish beyond limits. NE Taxi also works in partnership with a Meghalaya-based NGO, Impulse NGO Network to curb human trafficking. NE Talks is another venture that includes video series focusing on ways to achieve maximum productivity in everyday life by including entrepreneurial, social, and motivational stories. The podcasts bring successful people and experts from across the Northeast to share their success stories and deliver useful techniques out of their own personal research. The activities of successful people and entrepreneurs are podcasted in order to help the listeners shape their own lives.

Failures Never Pulled Him Back:

Rewaj failed many a time in his business ventures, Coupon Daily and Rupee Shopping being his biggest failures. However, all he did when he failed was to collect the broken pieces and try to build a beautiful vase in the next go. Thus followed his other successful ventures like North-East Tour Guide and NE Taxi.

Rewaj is currently working on a few online projects like Jobbo (www.jobbo.in).  Jobbo is a job portal that connects the employment opportunities with the job seekers.

Anything Post (www.anythingpost.com) is a crowd-sourced blogging platform and GoSikkim (www.gosikkim.com) is another platform where photographers can share their photographs (just in Instagram and facebook at present). Along with his brother, he is into starting a hotel chain in Sikkim and Darjeeling called Footprint Hotels and Resorts (www.footprinthotels.com). Another project is Washer which is going to be the first-ever Laundry Service On-Demand in Sikkim where the clothes are washed and delivered in just 5 hours.

Rewaj's greatest source of inspiration is his mother. His mother's words that one need not be the Prime Minister to change the country and that one can do ones part in their own way had a great impact on Rewaj. She always quoted that one need not require huge money or be in a high position to bring changes and do something great. If one wants to bring some change, all one has to do is just START. Rewaj is also totally inspired by his brother. His brother, who is a successful entrepreneur today, started his business in his class 12 with just 10,000/- in a small room in Gangtok. Looking at him, Rewaj understood that you don't need an MBA or huge investments or Silicon Valley to set up a vast business empire. Your investment should be hard work, perseverance, and confidence in self.

Awards in His Bag:

Rewaj was mentioned in Forbes Asia 30 under 30 2018 in Consumer Technology Honoree. The young leaders connect recognized him as The Entrepreneur 2016. He was honoured with the Sikkim's Highest Civilian Award 2018.

Rewaj describes himself as a Risk Taker and Forester. This "Can't wait for tomorrow" guy who secured just 59% in his ICSE and was rejected by many good schools, has topped his constituency by studying in a government school.

"WORK TODAY SO YOU DON'T NEED TO WORRY ABOUT TOMORROW", he says.