Yet another Indian-origin man to head in a tech giant.

"Ashok was the first person recruited from my tweet saying that Tesla is starting an Autopilot team!” Mr. Musk said in a tweet in reply to a video of his interview that announced Ashok Elluswamy as the head of the Autopilot team. 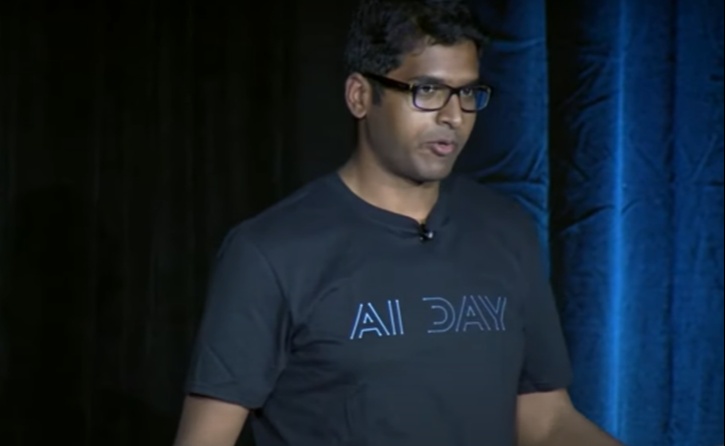 When Elon Musk made an announcement, yet another proud moment arrived for Indians as Ashok Elluswamy, who was also the first employee to be hired for Musk's electric vehicle company’s Autopilot team, now became the director of the team. This announcement came in as a part of Elon Musk's video that showed his interview where he spoke about Tesla's autopilot team. Back in 2015, when Musk tweeted that Tesla is in search of hardcore Artificial Intelligence (AI) engineers who are adept at solving problems that directly affect people’s lives in a major way, Ashok Elluswamy became the first person to be inducted into the team.

Elon Musk said that Ashok is now the head of the Autopilot Engineering. Ashok Elluswamy who was earlier associated with Volkswagen Electronic Research Lab and WABCO Vehicle Control System, has a bachelor's degree in Electronics and Communication Engineering from the College of Engineering Guindy, Chennai and a Master's degree in Robotics System Development from Carnegie Mellon University.

Congratulations to Ashok Elluswamy for heading the autopilot team of the global tech giant.