William Wood is ready to unfold the mysteries of night. Let's see what he does!

She is originally a Doctor of Medicine but shows her fierce creative side to mesmerise the world. Again, inspiration for writing came from her son who was extremely fond of listening to stories. Without reading out stories from the books or telling those that she heard in her childhood, this woman invented new stories out of her imagination and told her son. The childhood passion of writing bloomed in such a big way that she had a different story on plate every time her son was all ears. The child would listen to her with wide eyes and dropped jaws. Inspired more by his response and interest, the mother developed new plots and got better with storytelling each day. She finally became so spontaneous and in order to let other children also read her stories, she decided to pen them down. But when her stories were released, they started impressing not just kids but are being loved by all age groups. 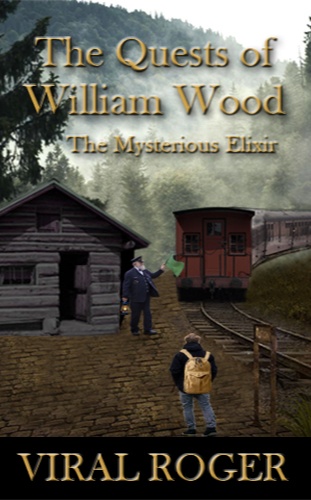 She is Viral Roger and her "The Quests of William Wood – The Mysterious Elixir" is the first book in a five-series anthology. Each book is compiled in chapters and the target readers are everyone. Stories in the book will drive the reader to imaginary and fascinating worlds where strange events happen. At the end, these mysteries are unfolded, driving home one fact - the victory of good over evil.

In her book, The Quests of William Wood - The Mysterious Elixir, the protagonist loses his mother to death and leaves for his aunt's home. However he would end up landing in Glennins instead of Gummings and he meets Leon and Ivy. According to the book description,

"The tiny village looked friendly by day but strange things happened in the dead of night. Soon William found himself in a web of intringue. Quite impervious to the lurking danger, he and his friends decided to solve the mystery. But what awaited them might be bigger and more dangerous than they could have ever imagined. Join William in his quest for the truth behind the strange events and about who he truly is".

Isn't that exciting to know what happens to the protagonist and how he unfolds the mysteries of night? The book is available for order on Amazon. I can't wait to grab my copy!