The five-star Army General who called all Indian soldiers, his sons.

Indian Army Day is celebrated to mark the historic day when Kodandera M Cariappa took over charge from the last British Commander-in-Chief of India. But there's much more to his credit than just this. On this day, the 15th January, which marks India's take over of the Army, let's know how Kodandera M Cariappa stood unique and highly principled all through his lifetime. 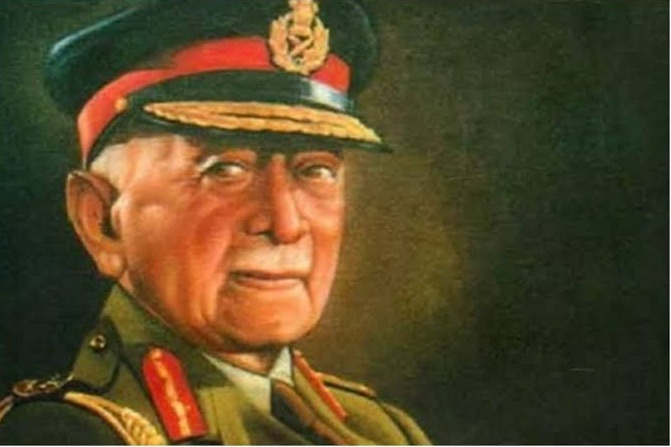 Cariappa was one of the only two five-star Army generals who was awarded the Field Marshal rank. He is hailed and revered for keeping things away from politics ensuring inclusivity by dismissing caste, creed and other barriers for recruitment. He nurtured the Brigade of The Guards, a mechanised infantry regiment in the year 1949. Before he became the Army Chief, Kodandera played a significant role in the India-Pakistan War of 1947 by leading the Indian forces on the western front. His efforts in recapturing Zojila, Drass and Kargil can never be forgotten. According to the military historian and national security analyst Mandeep Singh Bajwa, Cariappa accepted the pay and ration cuts for the forces because he believed that it would help the cause of nation building.

Another interesting and unbelievable incident that shows his strong principles happened when on the last day of 1965 war between Indian and Pakistan, then 36-year-old K.C. Cariappa, son of K M Cariappa, who was the Squadron Leader in the Indian Air Force was flying near the border was shot down and taken prisoner by the Pakistan Army. Following the protocol, during interrogation, K.C. Cariappa revealed nothing except his name, rank and unit number. When Pakistani officials confirmed that he is the son of K M Cariappa, the military leader of Pakistan, General Ayub Khan, announced that K.C. Cariappa had been captured by Pakistani forces and he also offered to release Cariappa junior because he was the son of K.M. Cariappa. Khan also ordered Pakistan’s High Commissioner in New Delhi to meet the retired general and brief him about his son’s health. After hearing the announcement, General Cariappa declined Pakistan's offer. He told Khan that "all the captured Indian soldiers were his sons, and all of them should be looked after by Pakistan". K.C. Cariappa was then released years later along with others. He said, “My dad was a man of high principles. For him, his son and all other soldiers were the same. Even though Ayub Khan was his junior and was close to him, he refused to get me released before the others. I was later released with all others.”

Our heart involuntarily sings songs of pride for people like Kodandera Cariappa while our hand cannot resist saluting. Proud to be an Indian!