Sringeri Sharadamba Temple is a must-go place for its magnificence and power!

Travelling back in time to 8th century, Shri Adi Shankaracharya, on his way to propagate Dharma across the country, set up four mutts in the four corners of India - the Badrikasham Jyotirpeetha in North, Dwaraka’s Sharada Peetha in the West, Puri’s Govardhan Peetha in East, and Sringeri Sharada Peetha in South. Here, I would like to bring before you, all about Sringeri Sharadamba temple, one of the most famous temples of India which is dedicated to Goddess Saraswati. 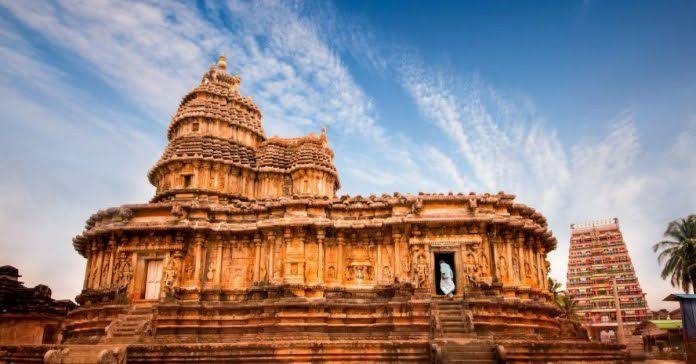 It is believed that one day, while Shri Adi Shankaracharya was walking on the banks of river Tunga, he witnessed something unusual. A cobra spread its hood in order to protect a pregnant frog from the scorching heat of the sun. The kindness of the cobra towards her enemy, the frog, moved Shri Shankaracharya deeply. Thus, on this land of purity and selflessness, he decided to build a temple to mark universal brotherhood. Another legend surrounding this temple goes like this. It is believed that Lord Shiva blessed Shri Adi Shankaracharya and presented a crystalline Chandramouleshwara Linga to him. To this day, every night at 8:30 PM, the Chandramouleshwara Pooja is performed to the linga.

This popular Hindu temple dedicated to Goddess Saraswati is located in Sringeri on the banks of river Tunga in Karnataka. The word Shringeri derived its name from the Sanskrit word 'Shrunga' which means Apex or Peak. It is also known that this place is named after Rishi Rishyashringa. The main deity of the temple is Sharadamba Devi who is seen in a sandalwood statue in the standing position. This idol was consecrated by Shri Adi Shankaracharya in the 8th century. Later, in 14th century, under the Vijayanagara reign, Sri Vidyaranya installed a golden statue of Sri Sharadamba in the seated position. Sharadamba Devi is also worshipped as Ubhaya Bharathi and it is believed that those who offer prayers for Ubhaya Bharathi, receive the blessings of Brahma, Vishnu and Shiva. Aksharabhyasa, a sacred ritual followed among Hindus wherein introducing the child to reading and writing for the first time is celebrated, is practiced widely at this temple. Kids between 2-5 years of age are initiated to learning. Sringeri also has over 40 temples and to name a few, they are Stambha Ganapathi, Sri Vidyashankara temple, Janardhan temple, Harihara temple, and Kalabhairava temple to the East. One cannot stop themselves from appreciating the architectural brilliance of the Vidyashankara temple located right next to the Sharadamba temple. You will admire the twelve Zodiac pillars inside of it which are called as Rishi Stambhas where 12 divisions of the Zodiac are engraved.

Alongside the temple's significance and architectural marvel, as the place is situated in the heart of Chikmagalur district, it is a natural hub of flora and fauna. With beautiful water bodies like the Sirimane falls and Hanumanagundi Falls surrounding the area, the place is a must visit for the nature lovers too.