India is made proud again! This time it's this eminent mathematician.

Hey! Do you remember Prof Nikhil Srivastava, an Indian-American mathematician who has won the George Polya Prize in 2014, and the Michael and Shiela Held Prize in 2021? While Indians are continuously proving their worth on the international podiums, this is another proud moment for Indians that came in the form of The Ciprian Foias Prize - brought to us by Prof Nikhil Srivastava. 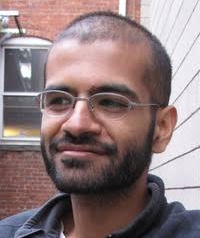 A mathematical problem arose in 1959 and ever since then, it remained looking for minds who could solve it. And now, in 2021 a genius trio came to unlock its mystery. Widely known Indian-American mathematician Nikhil Srivastava joined hands with two of his friends Adam Marcus and Daniel Spielman to solve this 62-year-old problem and the trio got selected for the inaugural Ciprian Foias Prize in 'Operator Theory' by the American Mathematical Society (AMS). Nikhil shared a joint statement along with his fellow awardees that they would accept the award on behalf of all those people whose work contributed to the resolution of the 1959 Kadison-Singer problem.

While Adam Marcus is the Chair of Combinatorial Analysis at the École Polytechnique Fédérale de Lausanne (EPFL) in Switzerland, Nikhil teaches at the University of California, Berkeley. On the other hand, Daniel Spielman is a Sterling Professor of Computer Science, a professor of statistics and data science, and a professor of mathematics.

This prestigious award came in for their “highly original work’’ that broke down the understanding of matrices using certain methods like iterative sparsification and interlacing polynomials. The ideas they contributed provided some essential elements that are expected to have several future applications. They also published new constructions of Ramanujan graphs that described the sparse, interconnected data networks, and their work has also unveiled a new deep connection between linear algebra, polynomials and graph theory.

The Ciprian Prize, created in the memory of an eminent scholar in Operator Theory and Fluid Mechanics, Ciprian Foias, will be presented in January 2022 at the 2022 Joint Mathematics Meeting to be hd in Seattle, which will be the largest mathematics gathering in the world. The prize amount they will be receiving is US$ 5,000.

Wow, it's time to raise our collars and say that we are the proud Indians.