Declining of coconut cultivation in Kerala. What could be the reasons?

Coconut, the word that rings to everyone's mind when they think of Kerala, is deeply associated with the culture, cuisine and lifestyle of Keralites. Not only for its health benefits but also for its abundance, coconut has been being given prominent place in every household of Kerala for years now. Sadly, in recent times, coconut cultivation is taking a backseat. When we dig further to know the reasons, here are a bunch of them. 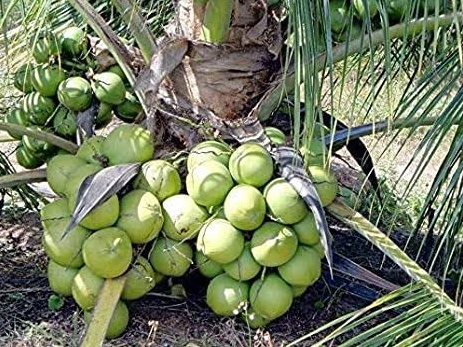 Decrease in the Cultivation Area:

With converting of palm gardens into residential plots and sites for commercial constructions, the area under coconut cultivation is declining rapidly. Thus, fragmentation of palm gardens can be cited as the primary reason.

Another factor that is contributing to the decline in coconut cultivation is the shifting of farmers' interest towards rubber cultivation. Due to the fall in coconut prices, farmers are turning to alternatives that give them better returns and rubber cultivation offers them, the best deal. There's a great imbalance between the input costs and the selling prices of coconut, due to which small and medium scale farmers are turning to other crops requiring less investment and that offer better returns in a short period.

Migration of most of the people who were once involved in coconut cultivation to Arabian countries is also one of the reasons for decrease in coconut produce.

Most of the climbers aren't willing to see their children as climbers. The occupation is thus reaching the verge of extinction leading to the scarcity of climbers in the state. While coconuts are to be plucked once in every 45-50 days, non-availability of climbers is dragging the harvest to once in six months. Also, the fall in the productivity per tree because of the diseases and pests also became the cause of concern. In many cases, as low as 10 coconuts per year are being harvested. Such a low number won't be able to give back the farmer, his input costs.

What's Being Done to Regain the Past Glory?

Things are being taken into the hands of the Coconut Development Board (CDB) Kochi, Government of India. The board framed initiatives to improve the coconut production and productivities through schemes like Replanting and Rejuvenation of Coconut gardens for root wilt infected trees.

CDB is also providing marketing support to farmers for their coconut products including the insurance scheme for coconut palm tree.

To fill the gaps in the availability of climbers in Kerala, CDB is currently providing training to the youth for climbing the tree. These trained individuals are called as “friends of coconut tree”. They work for harvesting and also take up plant protection operations.

I'm sure that in no time, Kerala regains its coconut glory with the collective efforts of CDB and the state agriculture department.